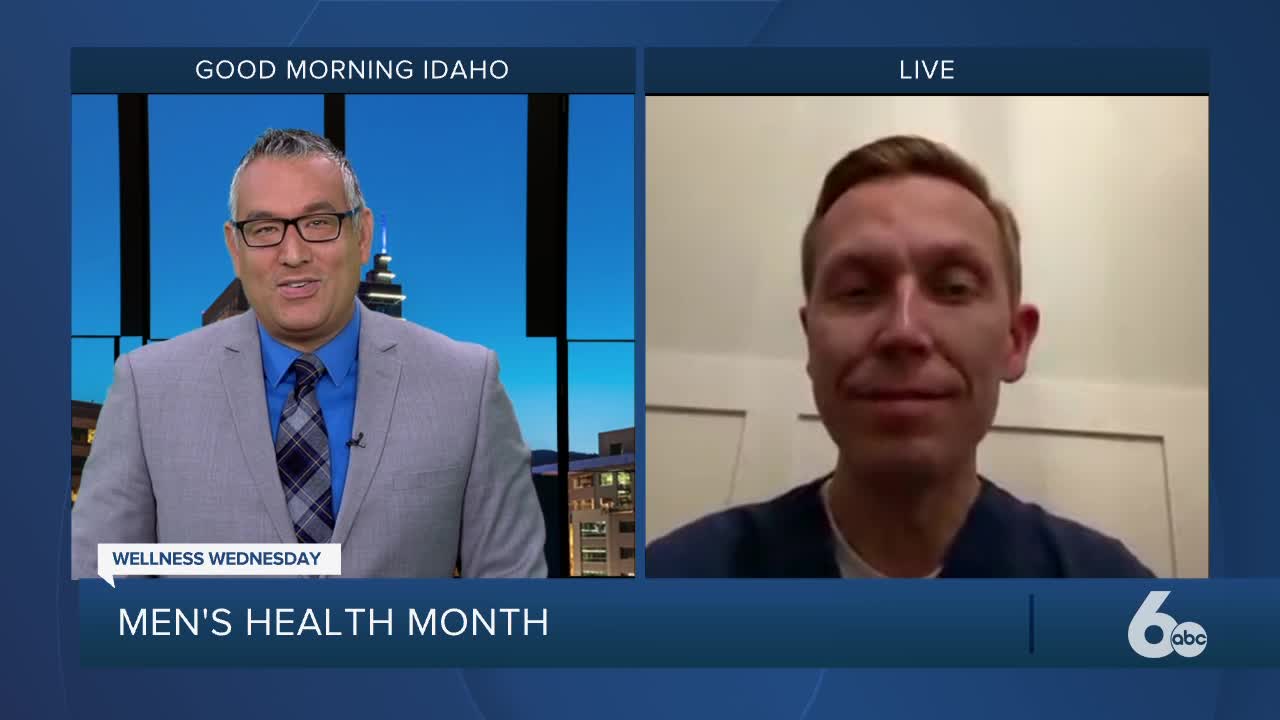 BOISE, Idaho — June is Men's Health Month, offering a timely reminder for men to book a check-up with their healthcare provider and raises awareness about the need for early detection.

Men, on average, are not as healthy as women and suffer from a wide spectrum of disorders more frequently than women. Those issues range from heart disease and cancer to depression and suicide.

"There is a real disparity for health in men in America," says Dr. Robert Jackson, a urologist at St. Luke's. "The average man has a lifespan that is five years less than the average woman, and for nine of the top ten causes of death in America, so for cancer, for heart disease, for lung disease, for diabetes, men are afflicted by those diseases at a much higher rate than women are."

Part of Men's Health Month includes putting an emphasis on seeking out preventative care, something Dr. Jackson says women are 100% more likely to do versus men.

"Men just do not seek preventative care. We kind of just go to the doctor if there's something wrong, and so if you feel like everything's fine, you may not go in so you may miss the chance to become healthier or to prevent problems later by not addressing them initially," he explains.

Booking preventative care, or even simply going for a yearly physical, is also something Dr. Jackson says needs to be addressed culturally.

"For some people, they feel like kind of being manly means taking care of things on your own and maybe not seeking care when you should and maybe toughing it out which, in the end, has some real negative, long-term consequences."

So what factors should men take into account to help spur on healthy change and book those appointments? Dr. Jackson says it starts by looking inward.

"I think the thing that should really motivate men is to take a look at what it really means to them to be a man, what their identity means to them. For a lot of men, that involves taking care of the people around them, it involves helping to support their families, their parents, their kids, their spouses, and to do that, you really have to be healthy," says Dr. Jackson.

St. Luke's offers a men's clinic that deals specifically with men's health issues. For other tips to stay healthy and for more on Men's Health Month, check out Men's Health Network.