Understanding child sexual abuse; how Idahoans can do their part 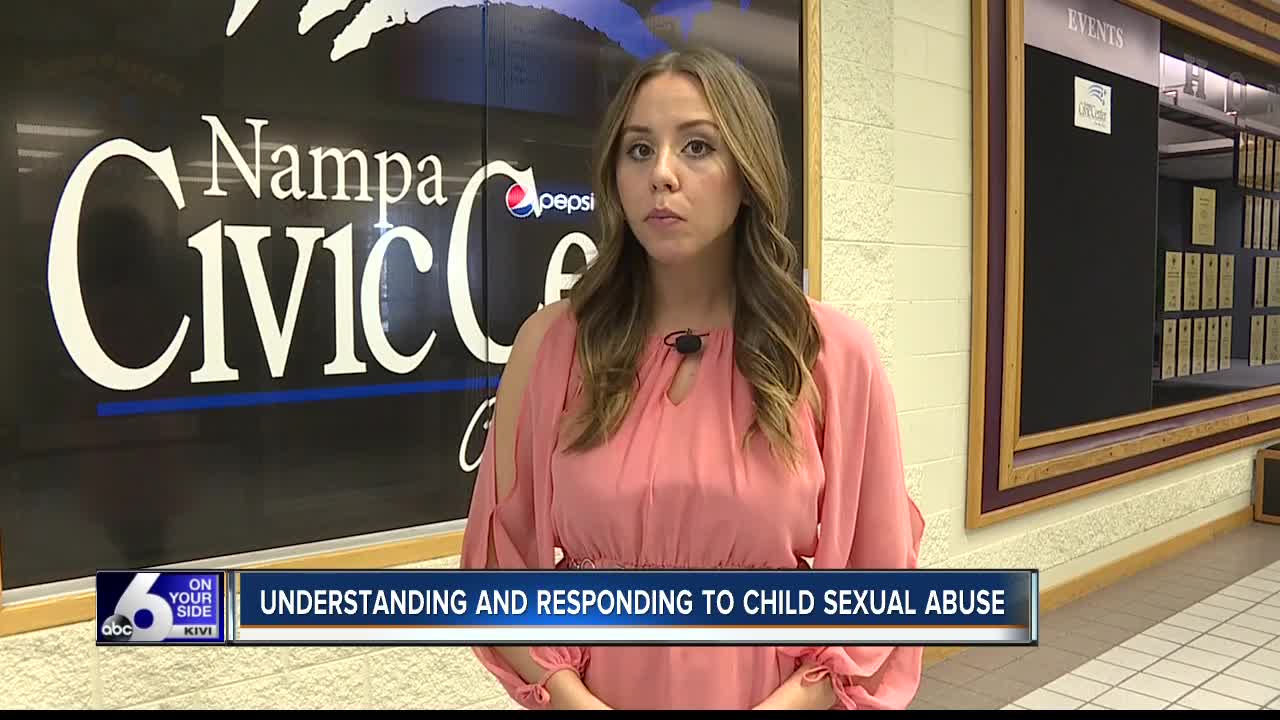 Idaho experts spoke to hundreds of Idahoans on how to identify, respond, and prevent child sexual abuse in Idaho communities.

NAMPA, Idaho — April is National Child Abuse Awareness Month, and recent documentaries like "Abducted in Plain Sight" and "Leaving Neverland" have spurred conversations on the topic of sex crimes against children. This topic, while not an easy one to talk about, was further discussed Wednesday at Nampa Civic Center, where Idaho experts spoke to hundreds of Idahoans on how to identify, respond to, and prevent child sexual abuse in idaho communities.

Logan Johnson, Victim Witness Coordinator at Nampa Police Department, said a common misconception about child sexual abuse is that the child is lying.

And even if their details are taken back, experts at Nampa Family Justice Center's "Protecting Children In Our Community" conference say a report to law enforcement should still be made.

"You see it everyday in the cases you deal with--people have a mindset and a belief that they've carried on for generations, and it's hard to break that," said Johnson.

According to the most recent data by the Idaho Department of Health and Welfare, more than half of victims of sex crimes in Idaho are under the age of 14, and the vast majority of perpetrators are someone the victims know.

"Oftentimes... the offender of the child needs to groom and manipulate the parent to have access to the child," said Patty Weires, Manager of Social Work and Behavioral Health, St. Luke's CARES.

Experts said these stats are also under-reported because people often do not want to disrupt a family.

"Well the fact is they're not gonna go just remove children. If they need to investigate, that's what they'll do," said Jeannie Strohmeyer, Client Service Coordinator, Nampa Family Justice Center.

Strohmeyer said it is every Idahoan's duty to report suspected abuse.

She said she used to be the "bury your head in the sand" kind of person, but that changed entirely when she started her career in social work.

If you or someone you know is suffering from abuse or suspected abuse, call the police or the Women's and Children's Alliance domestic abuse hotline at (208) 343-7025. To learn more about warning signs and resources, click here.