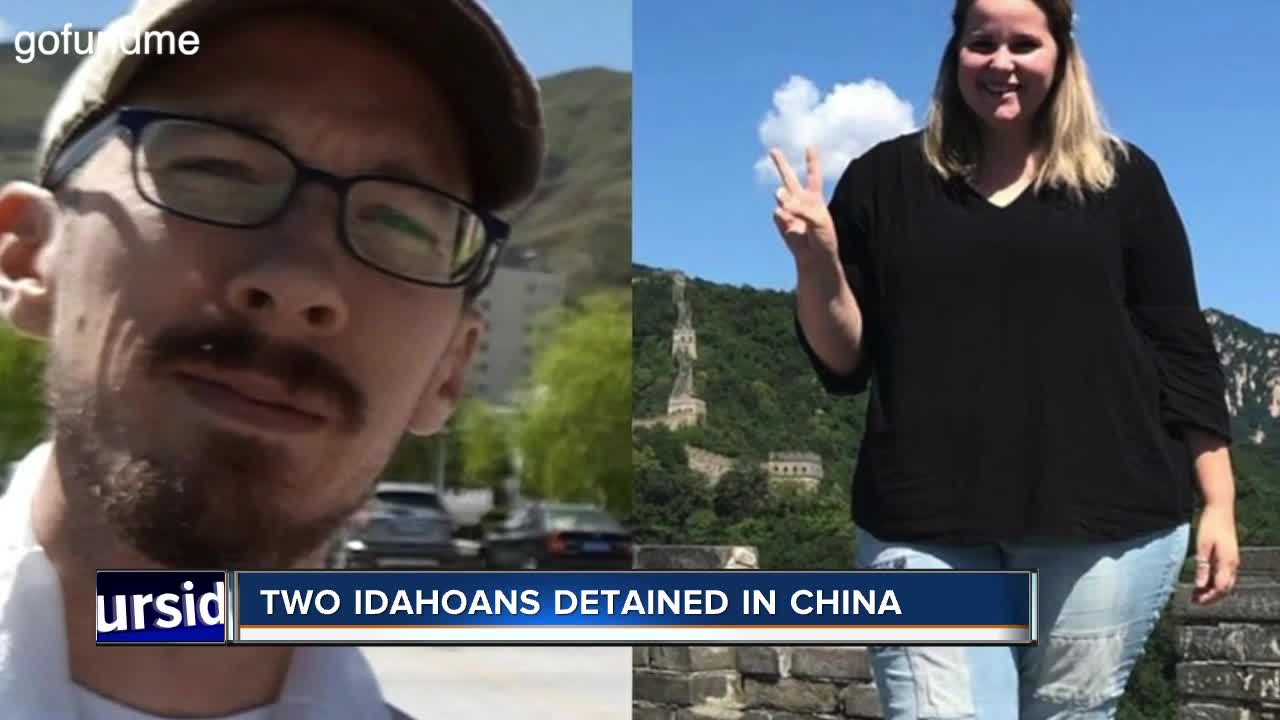 Two Idahoans are currently being detained in China.

REXBURG, Idaho — Two Idahoans are currently being detained in China. This-- as tensions between the U.S. and China have risen in recent months over trade disputes and pro-democracy protests in Hong Kong.

We spoke with reporter Eric Grossarth of East Idaho News, who broke the story, to learn the very latest about the fate of two people who run an English-teaching company called China Horizons, based in Rexburg.

On Sept. 27 and 29, Jacob Harlan, the founder, and the director, Alyssa Peterson-- who is also a student at BYU Idaho-- were both detained in the eastern China, charged with illegally ushering people across borders. But the the families of the detainees are calling the charges "bogus," and "baffling," and are now seeking legal help.

East Idaho News has been following this story closely. We spoke with their lead reporter on it who says he spoke with Peterson's father, who told him, for the entire first week of their detainment, the families were unaware they were in jail.

“That whole week they thought everything was fine, but they were like, ‘We haven’t heard from our daughter,’ so they contacted the state department, who then contacted the embassy and consulate offices in china and were able to track down their daughter," said Grossarth.

China held a news conference this morning, and they said they're being lawful in the detaining of the two Idahoans.

“They actually publicly said that they had detained both individuals and released them once they posted bail, however, Ispoke with the state department this afternoon, and a spokesperson did tell me that they have not been able to confirm if they’ve been released on bail, they haven’t notified them. From what I understand, families still haven’t talked with the individuals," said Grossarth.

The charges of organizing others to illegally cross the border carries a minimum sentence of two years, with punishment as severe as life imprisonment under certain circumstances.
While the charge generally applies to human traffickers, it has also been used in the past against those accused of conducting missionary work in China.

As for the China Horizons company, where both Idahoans work, they have announced they will be closing down at the end of the month, writing on Facebook: "Unfortunately, because of increasing political and economic problems between the U.S. and china, we are no longer able to send teachers to China safely."

In a since deleted part of that post, they went on to call the charges "bogus," and to asked folks to donate to a pair of GoFundMe accounts to help bring the teachers home.

This is a developing story and we'll continue to work to bring you the very latest.

Grossarth is also working on another update story. You can find his latest work on East Idaho News.