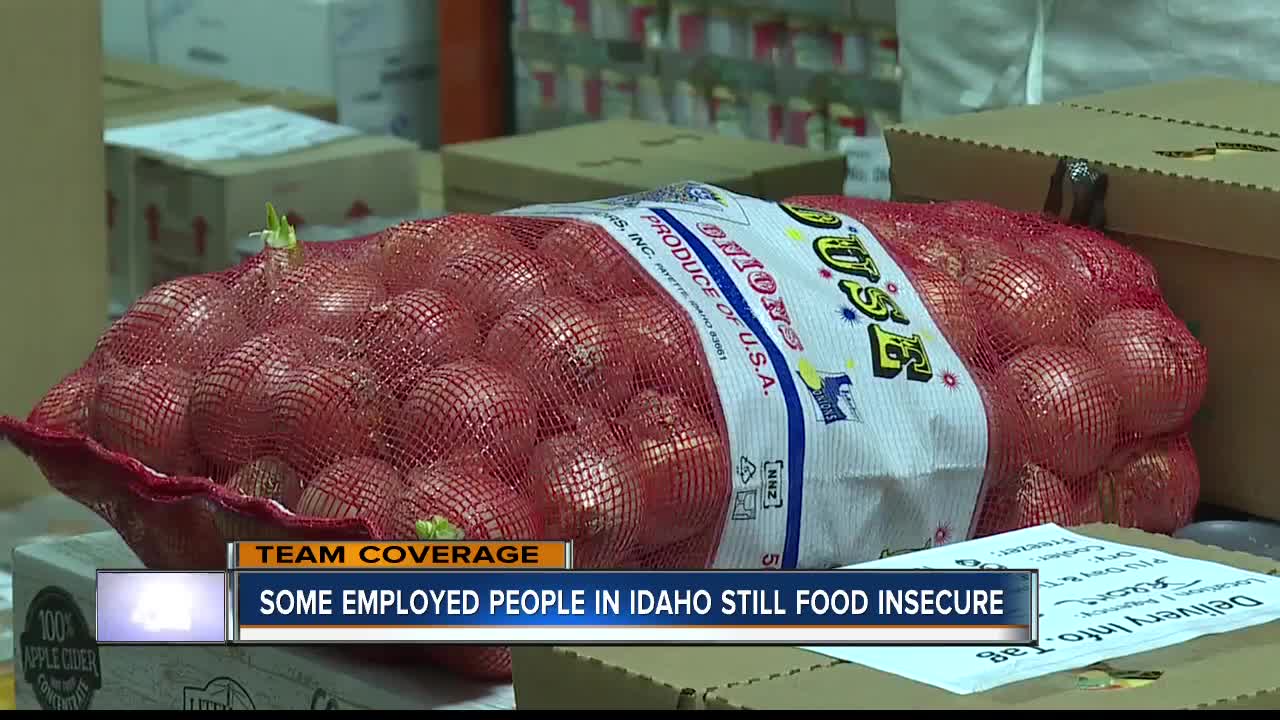 About 210,000 Idahoans are dealing with food insecurity right now according to The Idaho Foodbank even people who are working.

BOISE — About 210,000 Idahoans are dealing with food insecurity right now according to The Idaho Foodbank.

More than half of people who are food insecure are workers who make too much to qualify for Snap or food stamps.

Vauk says another report called ALICE looks at a number of factors such as the cost of rent, childcare and healthcare in the Northwest. It also shows the community level. From that, The Idaho Foodbank can identify a survival budget verses a household budget and compare that to what the income is in those respective communities.

"It's a picture different from whose at the poverty level and above, but it really looks at whose in that survival budget, who can afford that household budget and where's the gap and what we find is it's actually it's a much larger gap than what you see when you just look at the poverty level."

Vauk says many people with jobs are still not able to make ends meet.

"The price of housing has gone up and food costs, we've seen an increase there. Gas has gone up so their budget is just getting squeezed too tight and one thing we know is that rent eats first, we've heard that so that food budget is usually the first one that gets pinched."

Vauk says The Idaho Foodbank is working with their partners to watch the population increase and the cost of housing.

She says many of them are seeing an increase in the number of people who are coming in for assistance.