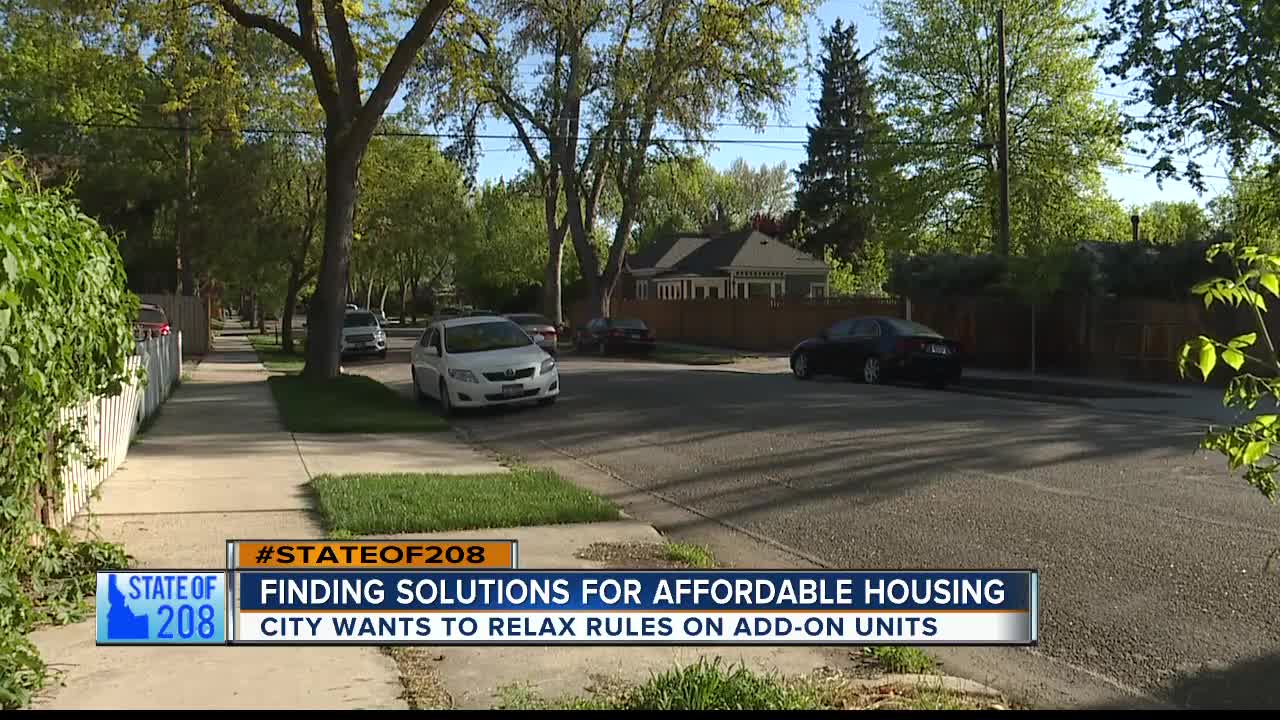 The City of Boise is looking at amending current rules to make it easier for developers to build ADU's and to make them larger.

BOISE — A surging population in Boise has brought a tight housing market with rising rents and a dearth of affordable housing. The City of Boise is hoping to tweak city code to allow folks to squeeze more people onto existing properties.

Accessory Dwelling Units are secondary suites attached to the house or elsewhere on the property that can be rented out.

The City of Boise is looking at amending current rules to make it easier for developers to build them and to make them larger. They are suggesting an increased allowance in size from 600 to 700 square feet for the ADUs.

They are also suggesting the allowance of a second bedroom. Previously they've only allowed one bedroom.

The owner of the property would still be required to live on site.

Cody Riddle, Deputy Planner for the City of Boise, says these changes would provide more housing with little impact on the neighborhood and little if any new infrastructure.

Monday, they suggested the parking requirement be waived for a one-bedroom ADU. If the two-bedroom ADU is allowed, the owner would need to provide an additional parking space.

“It’s a tough topic right now, and if this is an opportunity for people who otherwise can’t afford housing on their own, I think it’s a big deal. I think of my own daughter coming home from college and to purchase a house right now would be tough. And so I think for people just starting out, I think it’s a great opportunity,” said Riddle.

Riddle says there was some concern about the parking amendment and short-term rentals. The City Council recommended having another hearing for public testimony in about four to six weeks.

At that time, City Council will make the decision and, if passed, it would go into effect about a month later.