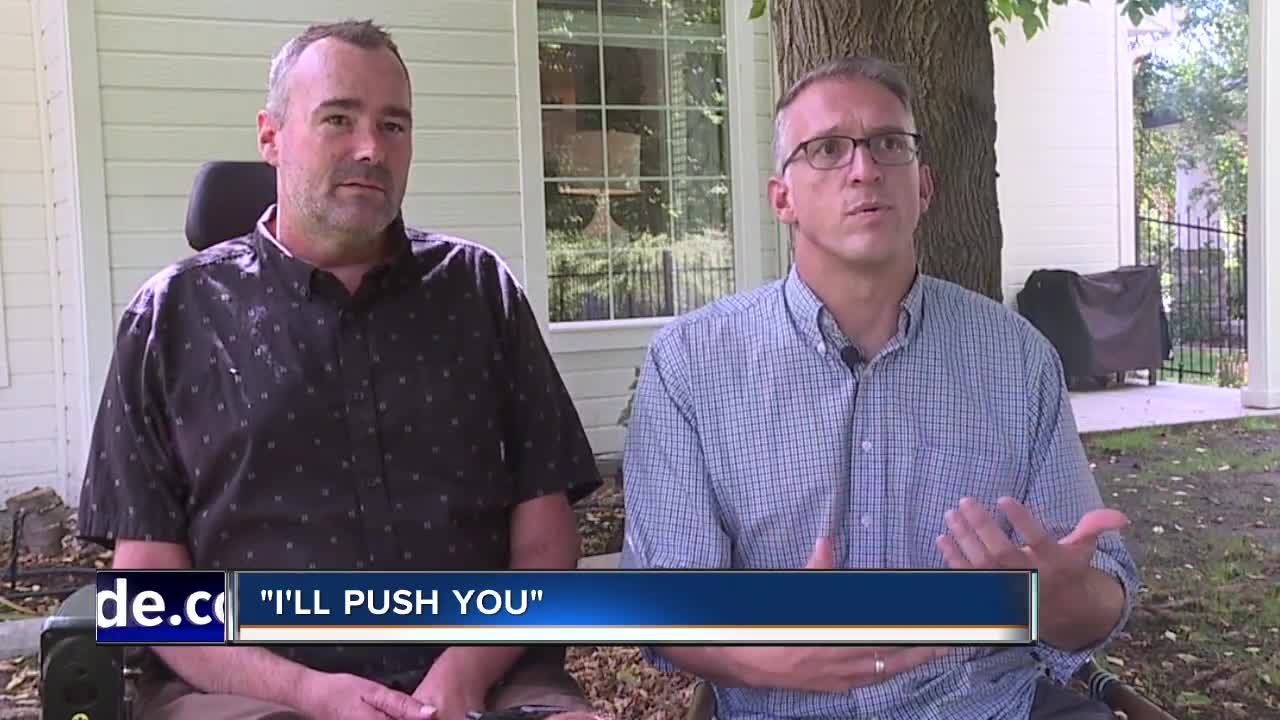 Friends set out on the Camino de Santiago Pilgrimage, again

EAGLE, Idaho — You may remember these Treasure Valley best friends from a few years ago, when they made the 500-mile trek from France to Spain as part of the Camino Pilgrimage. Now, they’re doing it again; at least part of it.

It was a trek Justin Skeesuck dreamed of making, but he’s bound to a wheelchair, and he couldn’t do it alone. So his lifelong best friend stepped in and offered to push him.

That selfless act has inspired many others and in just two weeks, they’re headed back to help others with disabilities make the trek.

“Learned about this ancient pilgrimage through Northern Spain and, uh, I just knew it was something I wanted to do,” said Justin Skeesuck.

The question was, how? Justin Skeesuck suffers from a progressive neuromuscular disease he developed following a car accident when he was 16--it’s a disease that binds him to a wheelchair.

“So I reached out to Patrick and I said ‘hey man, you wanna go across 500 miles to Northern Spain with me?’ And he said, he said yeah, I’ll push you,” said Skeesuck.

So they started the Camino De Santiago Pilgrimage in France, and Patrick pushed Justin through three mountain ranges and varying terrain, and like any of the thousands of pilgrims before them, they needed some help along the way.

“We were literally at the mercy of who we met. But we didn’t ever ask for help,” said Patrick Gray.

And once they finished the 500-mile trek, people world-wide reached out, wanting to do the same.

“We figured out how to make it, I mean, it’s still gonna be a hard journey but how to remove a lot of the barriers for individuals that deal with limited mobility,” said Gray.

So Patrick and Justin are headed back to Spain in just a couple of weeks to make the last 72 miles of the journey.

“That’s the minimum distance that you have to walk or roll, in this case, to get your Compostela, which is your certificate of completion,” said Gray.

And they’re doing it with 47 other people, 11 of whom have a disability.

“We have individuals who are, like, C4, C5 fractures, so they’re actual quadriplegic’s, we’ve got paraplegic’s from injuries from, one gal was a firefighter, one gal was a snowboarder, just freak accidents,” said Gray.

Since their 2014 pilgrimage, Justin and Patrick have released both a movie and two books, the second of which was just released.

They’ll be at Barnes and Noble on Milwaukee in Boise on Sunday from 2-to-4 for a book signing.