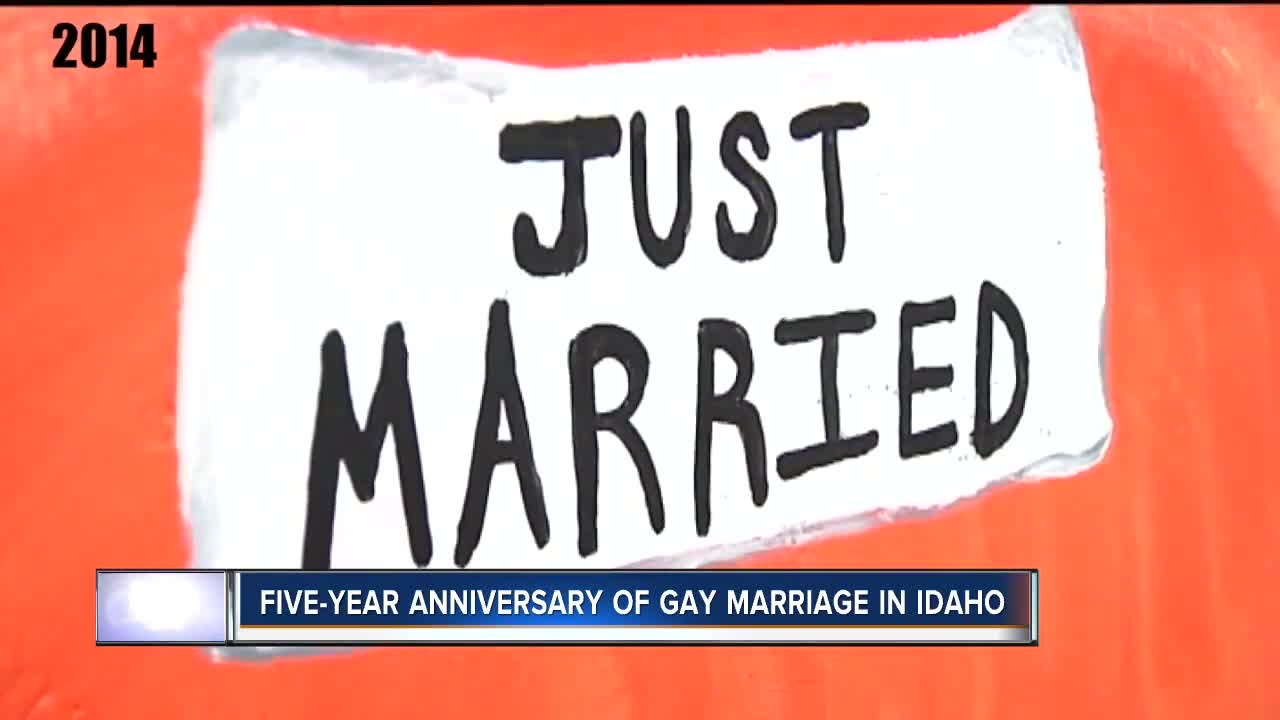 It was a decision that came after a group of same-sex couples sued the State of Idaho for refusing to issue marriage licenses to same-sex couples. Since its legalization on October 15th of 2014, former state legislator Nicole LeFavour and so many other same-sex couples have tied the knot in the Gem State.

Nicole LeFavour identifies as Idaho’s first openly gay state legislator, serving as both a state representative then a senator until 2012.

“A lot of people don’t realize how much comes with marriage. But, your children, your medical care,” said LeFavour.

Because of the ruling five years ago, she is legally married to her wife here in the Gem State.

“I’m wearing my, my wedding ring. It’s a ring like everybody else's ring and it means the same thing legally and in a court of law and um, that matters,” said LeFavour.

And although Nicole acknowledges progress Idaho has made since that day in 2014, she also notes how much work she believes is left to be done.

“I think many of us never thought we would see the day that we had marriage before we had the ability just to hold a job, um to not be evicted from an apartment,” said LeFavour.

LeFavour was referencing Idaho’s refusal to add the words “gender identity” and “sexual orientation” to the human rights act. She hopes that’s in store for Idaho in the next five years.

“On the ten year anniversary I hope I hope we’ve long since added the words, meaning we’ve included gay and transgender people in Idaho’s human rights act… Love is love, and it’s so important for our society to protect all families,” said LeFavour.

Idaho state legislators considered ‘adding the words’ in the 2019 Legislative Session, but the bill was ultimately killed.