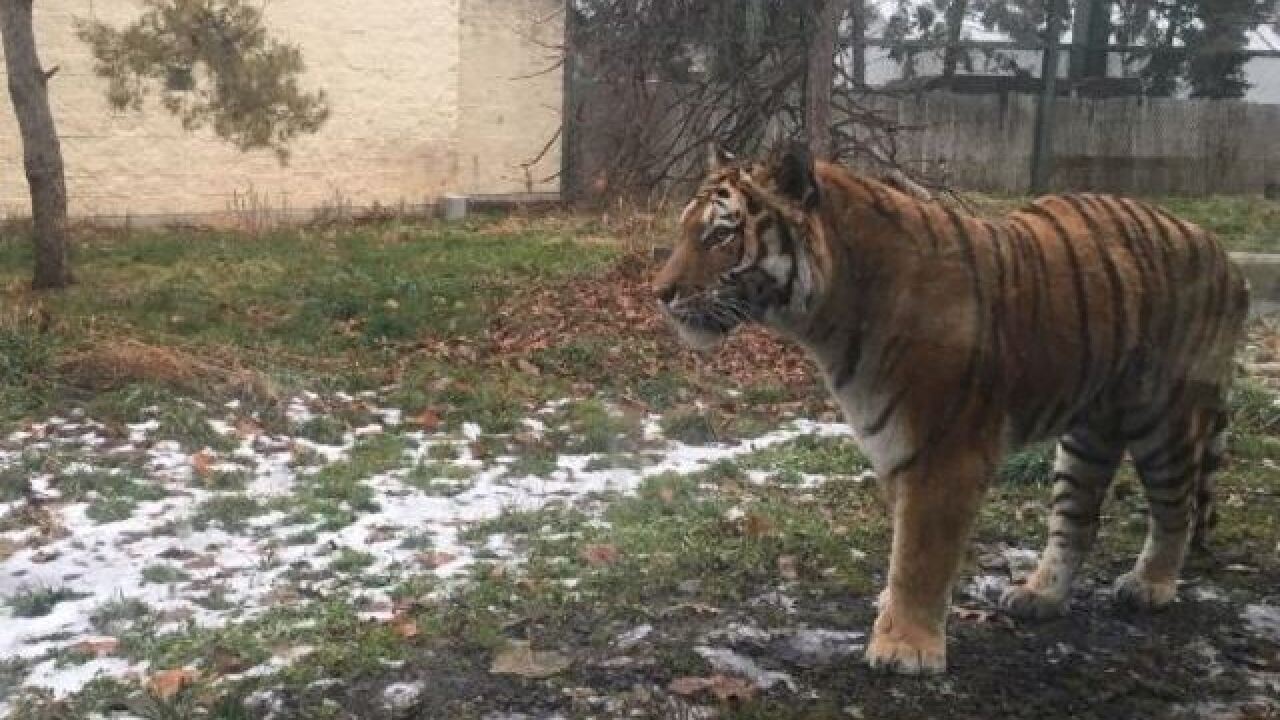 In October, Katarina underwent spinal surgery after suffering a herniated disc, which resulted in paralysis of her hind legs.  During surgery, veterinary staff removed material that was compressing the tiger’s spinal cord.

Officials say Katarina showed signs of improvement in the months following surgery. She slowly regained mobility in her hind legs and eventually returned to her exhibit in January.

“However, Katarina’s ability to walk and move around her exhibit took a turn for the worse in recent days. Veterinarians determined the risk of operating on the tiger again, especially at the age of fourteen, was too great,” Shelton stated.

The life expectancy for female Amur tigers in zoos is around fourteen years.  Tigers typically live ten to fifteen years in the wild.

“This is a sad day for everyone who had the chance to meet this majestic creature,” said Boise Parks and Recreation Director Doug Holloway. “Katarina was truly a member of our family and we will miss her.”

Zoo staff will work with the Association of Zoos & Aquariums’ Species Survival Program to determine the best options for bringing another tiger to Zoo Boise.