The end of an era: Say goodbye to brick and mortar video rental stores in the Treasure Valley 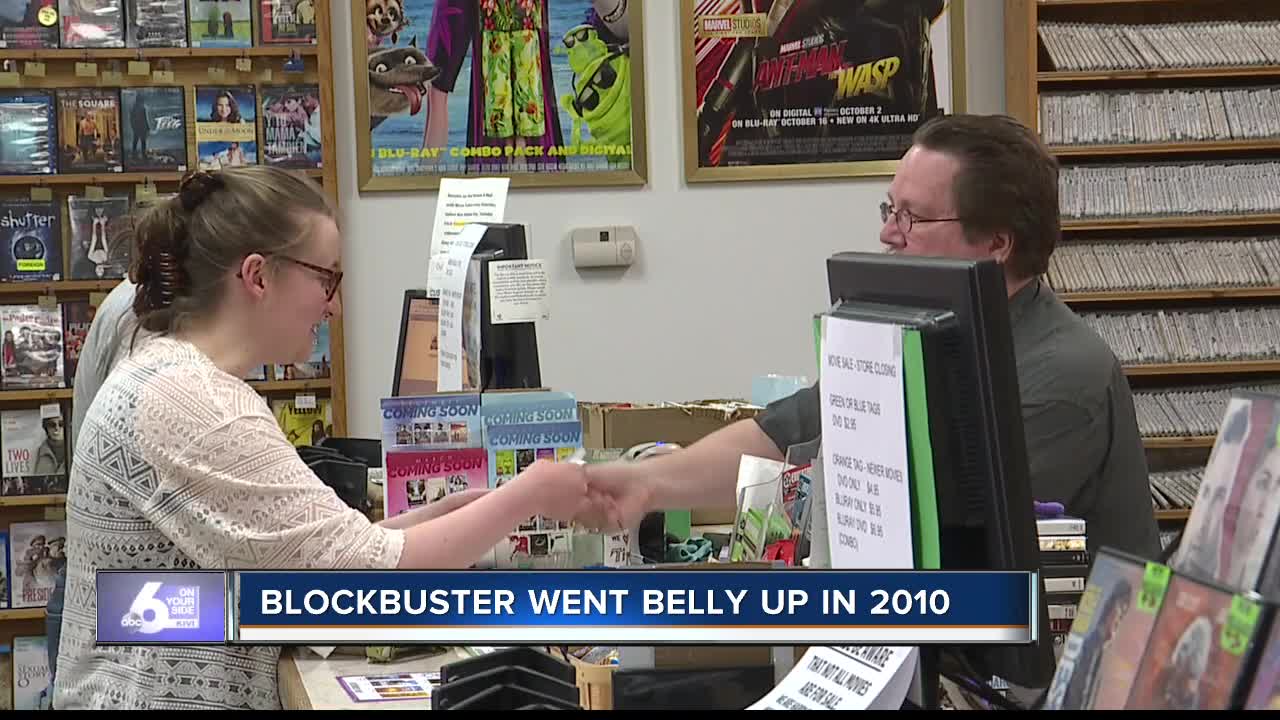 Stand-alone video rental stores are about to go extinct in the Treasure Valley. The last of its kind is closing up shop, thanks to overwhelming competition from in-home streaming services.

BOISE, Idaho — Stand-alone video rental stores are about to go extinct in the Treasure Valley. The last of its kind is closing up shop, thanks to overwhelming competition from in-home streaming services.

"A lot of disappointed people walking through the door right now," Video Memories owner Jerru Anderson said. "Just a sign of the times, that's the way it is."

Anderson knows creating a successful business is hard, but shutting it down is even harder.

"It was a long good run before the digital stuff," Anderson said.

He got into the video business almost 36 years ago. Not long after, the big boys from Blockbuster came calling.

"I had three suits walk in the front door, look around and say, 'we're from Blockbuster and we're going to put you out of business."

But Anderson got the last laugh thanks to loyal customers who kept him going long after Blockbuster went the way of the Dodo.

Anderson says he's not transitioned to Netflix yet, after all, he still hasn't seen half of the movies in his own shop.

So what's next for a guy who spent much of his life devoted to videos?

"Take my grandson fishing. Do a bit of that."