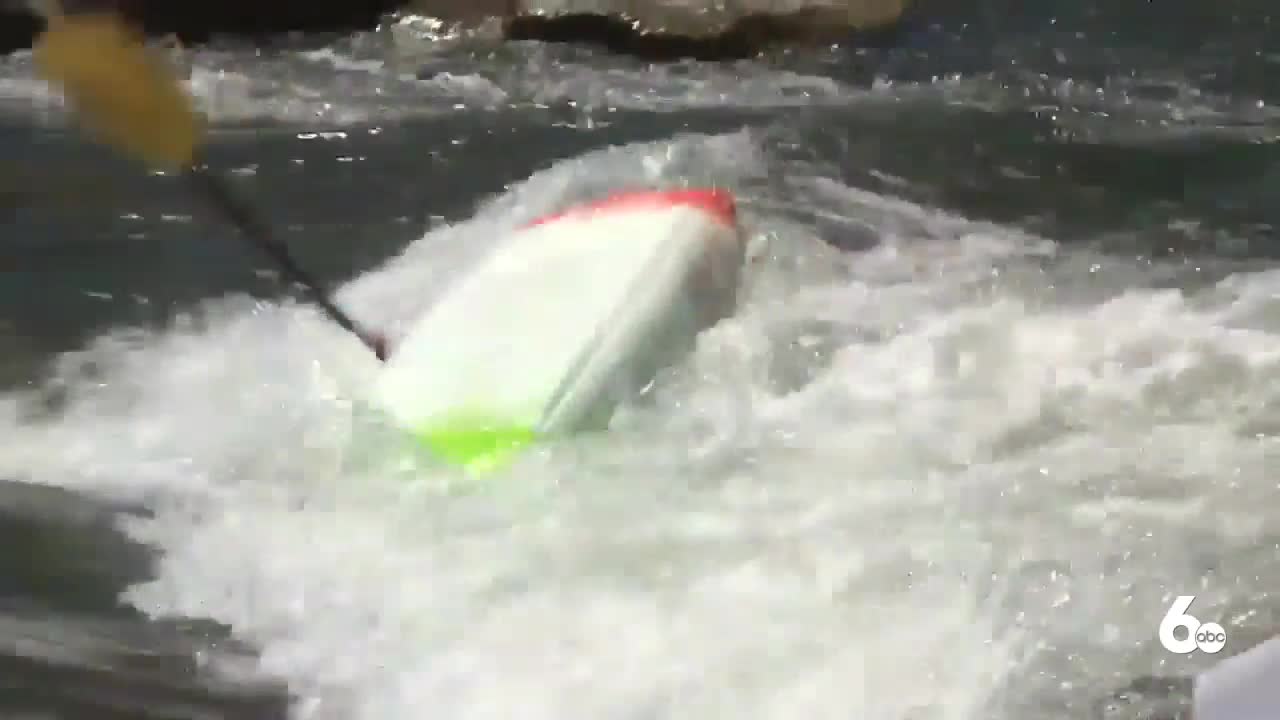 This month the city will create a green wave on Monday fulltime in an effort to accomondate the huge crowd of surfers.

BOISE, Idaho — Phase one of the Boise Whitewater Park has been very popular this year, often featuring long lines for surfers to ride the wave.

The Boise Parks & Recreation Department monitored the wave during August, and because so many more surfers used the wave than kayakers, the city will test out a new pilot program.

The city has always divided up the wave in a 50-50 split, creating a green wave for surfers on Tuesday, Thursday and Saturday.

On Wednesday, Friday and Sunday, they create a hole with a whitewater pile for kayakers, and on Mondays, they have rotated the feature every other week.

This month the city will create a green wave on Monday fulltime in an effort to accomondate the huge crowd of surfers.

"We are going to test that out through the end of September, then we will look at the data and communicate that to both user groups," said Boise Parks & Recreation Director Doug Holloway. "There is no plan to take any time away from any user group even if the volume of surfers continues to increase."

There is no doubt more surfers use phase one than kayakers, especially this summer with COVID-19, but paddlers feel this will create a slippery slope

Kayakers worry about future changes, and after all, it was the kayakers who were instrumental in bringing the whitewater park to Boise.

"We are so appreciative because they were the reason the whitewater park got put in place no question about it," said Holloway.

Doug Holloway said they will talk with both users this after the pilot program and develop a plan this winter.

He also believes perfecting the top wave of phase two of the whitewater park will make a big difference for kayakers, currently, the wave only operated for an hour or two in the mornings this summer when flows allowed.

"I'm convinced that once all the bugs are worked out on that wave and it becomes a more attractable and safer wave that will allow us to spread out the times even better and create more opportunities for kayakers," said Holloway.

Here is a link to a Facebook post on the Boise Whitewater Page, where you can read the debate between kayakers and surfers.

But if you go down to the whitewater park, it is much more common to feel the synergy between the two groups as they both love being out on the water.

"When you are out there, you just feel really calm," said Andres Covey a Boise River surfer. "Mostly it is just the community, I think everybody is really nice down here."

This issue also highlights how popular the whitewater park has become, and both Andrews and I have noticed a lot more kids enjoying this free amenity in Boise.