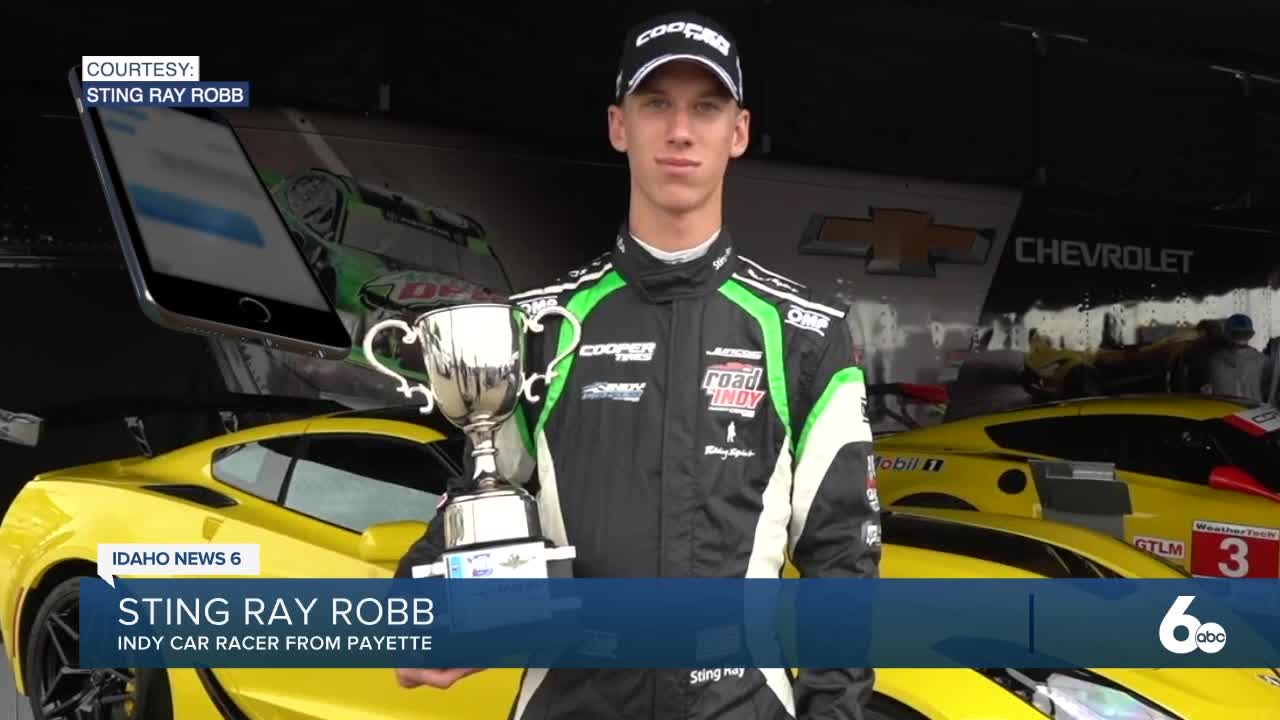 PAYETTE, Idaho — "Well, with my name being Sting Ray, you can kind of figure out that my parents were big Corvette fans," said Sting Ray Robb. "When I was four-years-old, I asked my parents for a go-cart for my birthday, and when I turned five, I got my first go-cart, and from there, it was kind of like game over."

Sting Ray Robb grew up in Payette, Idaho, and this season the indy car race had a breakout year.

However, it has been a long road to get to this point as Sting Ray didn't get his first win for four years racing Indy cars, but once he got his first this season, those wins started coming in bunches.

"It's pretty special to have my family alongside for everything," said Sting Ray Robb. "I think a lot of my success is because of the people I'm surrounded by, and it is nice to have my parents and my grandparents share that success through my career."

Next year Sting Ray will move to Indy Car Lights, a move he described to us as going from AA to AAA in baseball and the Indy Car Pro Series equivalent to the major leagues and his ultimate goal.

"We are running every weekend just about with the Indy car guys and rubbing elbows with those guys," said Robb. "It is pretty cool to see the big show while I'm progressing through the ranks."

This 19-year-old travels almost every weekend for races, but he says having the support of his hometown and the surrounding area means a lot.

"That's what has gotten me through in the last few years," said Robb. "We had a lot of great support from people we didn't expect to jump on. I just want to say thank you to everyone out there that keeps supporting me."

Sting Ray is always looking for sponsors to put logos on his car, he races for Juncos racing and here's a link to his website.