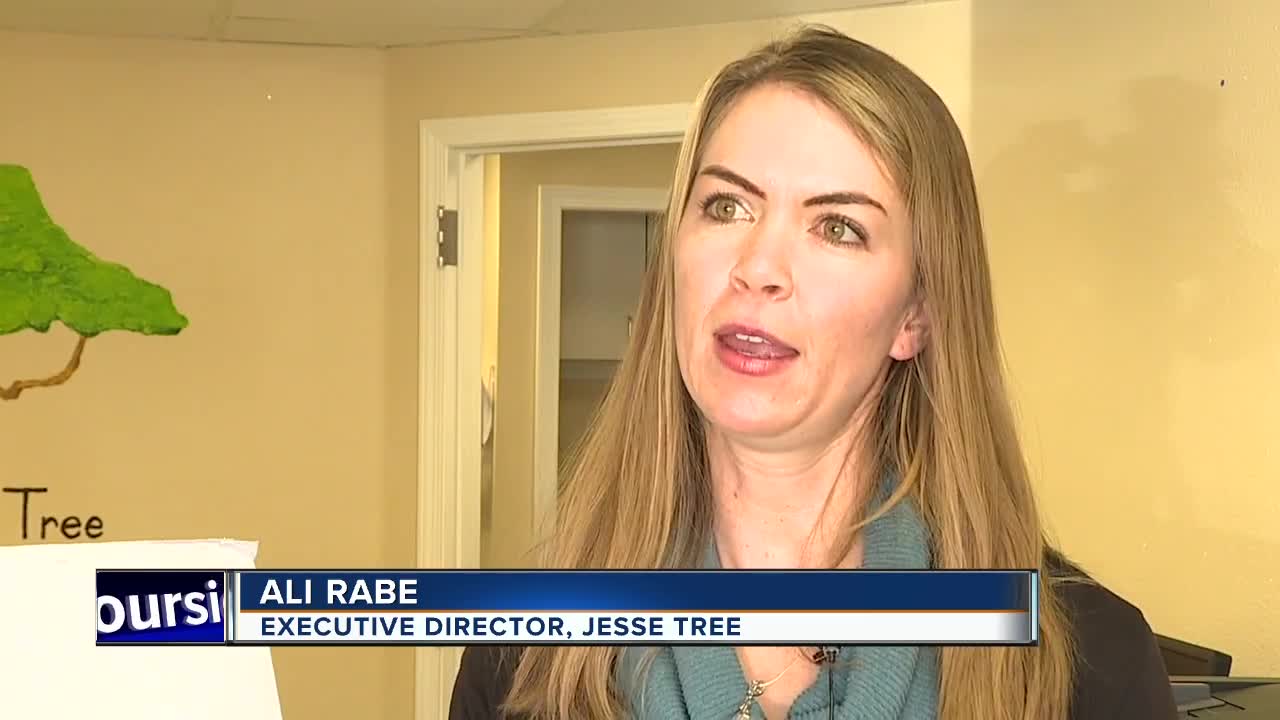 The Jesse Tree of Idaho works to prevent homelessness by preventing eviction.

BOISE, Idaho — As the housing supply in the valley struggles to keep pace with unprecedented growth, more people are living paycheck-to-paycheck -- meaning one unexpected expense can send families into a tailspin when it comes time to pay their rent.

The Jesse Tree of Idaho, a 501C3 that is kept afloat by federal grants and private donations, works to prevent homelessness by preventing eviction.

And one man says this organization was a saving grace for him and his son during their time of need.

"I was in between jobs."

Boisean Jeremiah Osborn says, at one point, he and his young son came dangerously close to being evicted.

"I was nervous of losing the housing we had recently gained," said Osborn.

In crisis mode, he applied for rental assistance through Jesse Tree.

"And just having that one month's worth of help did what for you and your family?" asked 6 On Your Side reporter Madeline White.

"That kept us with a roof over our head, and with some pride and dignity," said Osborn.

Because keeping a roof over heads -- in the form of eviction intervention -- is Jesse Tree's main focus.

"Without housing, you can't think about anything else, you can't even think about trying to keep your job or get a new job," said Ali Rabe, executive director, Jesse Tree.

But preventing homelessness doesn't just help the individual; it also helps taxpaying citizens. According to a City of Boise report, costs associated with chronic homelessness total more than $5.3 million annually, in emergency, health, and supportive services. That's $53,000 per person who is homeless, per year. This, however, includes costs that might also exist in a housed population, but to what extent exactly is unknown at this time.

"Do you feel like you're in a stable place now?" asked White.

"How does that feel?" said White.

Jeremiah was later able to graduate from Boise State's social work department with his Bachelor's degree. Now, he helps others going through crisis in a local job of his own as a social worker, and he says he and his son are doing great.

"It's baby steps. It doesn't happen overnight. You can't take it all in one chunk. You just have to continue to grow and also to be humble enough to accept the help," said Osborn.

Are you falling behind in paying your rent and at risk of being evicted? Reps from Jesse Tree say they are here to help. Call the Housing Crisis Line at 208-383-9486, Monday through Friday from 9 a.m. to 5 p.m., or visit them at 1121 W Miller Street, Boise, ID 83702. You can also email them at office@jessetreeidaho.org to set up an appointment.