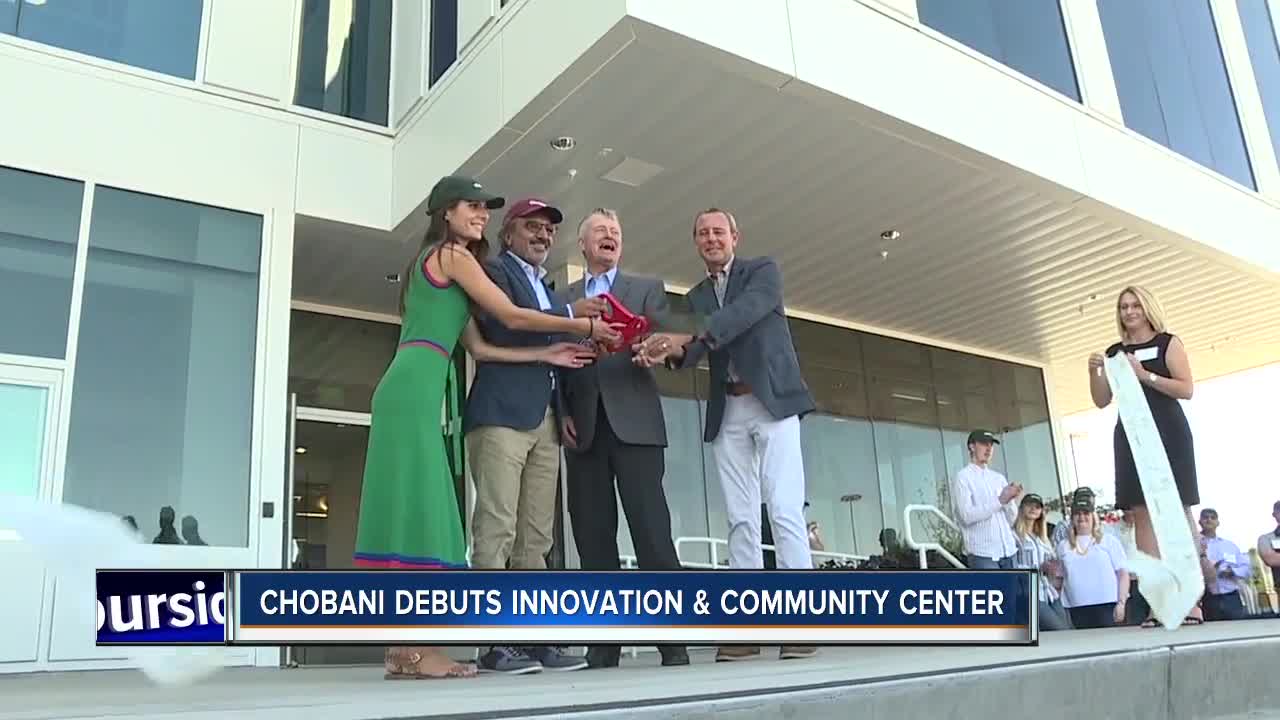 TWIN FALLS, Idaho — Since 2012, employees at Chobani’s Twin Falls plant have been working out of construction trailers. But now seven years later, a new state-of-the-art facility has opened its doors, while also opening doors of opportunity for Idahoans.

Cherry and chocolate chips? Lime and graham cracker? Grab a spoon. At the largest yogurt facility in the world, it’s okay to be choosy.

“We think Magic Valley should be a center for food innovation," said Peter McGuinness, Chief Marketing and Commercial Officer. "There’s a food revolution happening-- and we wanna help fuel it."

And R & D is a wing they have come to depend on. Just this past winter, Chobani launched 30 new items— more than they ever have in one season.

“A lot of the yogurt innovation comes out of this facility,” said McGuinness.

For the plant's more than 700 employees, Chobani's new facility has a 24-hour gym-- something that might be smart to drop into on your way up to your new high-efficiency office space. After all, creative decisions require the clearest of mind.

“This a real celebration also to our plant workers... and we wanna make Magic Valley a little bit more magical in the food space," said McGuinness.

And if you need a reminder of who you’re helping in the process, just look out of the office's new high-tech self-tinting windows-- at southern Idaho's dairy farms in the distance.

“I mean, the dairy industry is going through tough times as we all know. And our number one ingredient is milk. Fresh, local milk.”

And Chobani sources a lot of milk from Idaho farms.

“Greek yogurt is 3 cups of milk to one cup of yogurt.”

And the 10-year-old company helps Idaho's statewide economy, too. Since the company first laid roots, Idaho's unemployment rate dropped from roughly 8% to roughly 3%.

This is a drop Governor Little says makes him proud— almost as proud as this innovative idea: “I’m still still trying to convince [Ulukaya] to take plain yogurt to put it with horseradish to put on an Idaho potato, but I'm trying to warm him up to that one. But if that comes out, remember, I [get] credit for it.”

Chobani’s other plant is located in upstate New York.