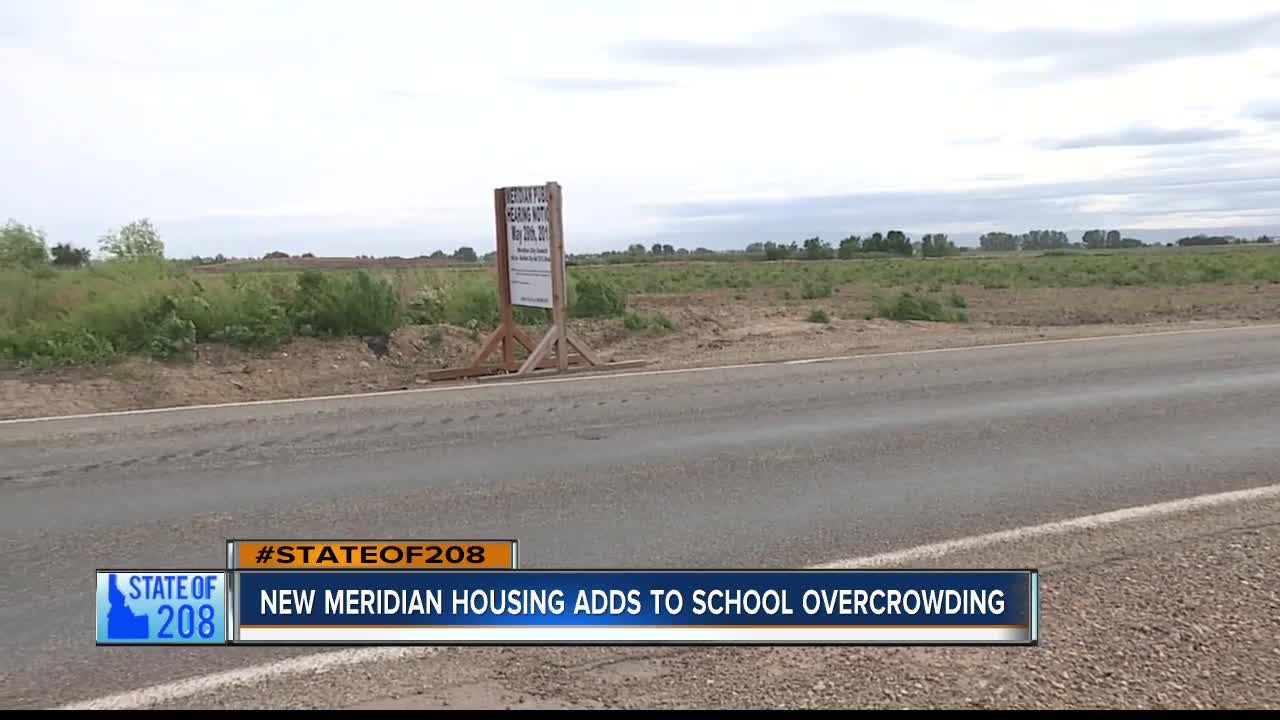 MERIDIAN — If you drive through Meridian, you'll likely pass more than one residential site under construction. New homes are going up fast and people are filling them. According to City Councilmember Anne Little Roberts, Meridian City has had over 1,000 applications for housing permits submitted in the first quarter of 2019, and so far, about half of those have permits.

The West Ada School District says they're doing all they can to keep up. One thing is certain though, Owyhee High School is going to be needed.

What currently sits as a field at the southwest corner of McDermott and McMillan roads will soon be home to a lot of people. The Gander Creek Subdivision was approved by Meridian City Council for 401 homes over 9 phases.

It's a quickly growing area already, with nearly every corner of McDermott and McMillan under development, which begs the question, what will all this do to West Ada schools?

"You would expect to get about 320 students in grades K-12 out of 401 homes," said Eric Exline, Spokesman for the West Ada School District.

That growth only amplifies the need for the approved Owyhee High School, which is expected to be finished in the fall of 2021, with a student capacity of around 1,800..

"It'll probably open with 15 or 1600 hundred, but it won't take it, you know a year or two and it'll reach its capacity," said Exline.

Rocky Mountain High School has the same student capacity limit of 1,800 but they're currently sitting at around 2,400. Owyhee High School will alleviate some of that overcrowding, and also take in all the new students from the new developments at McMillan and McDermott. As far as the students in grades K-9, Exline said, "Students will also be in the attendance area of Pleasant View Elementary, which opens in the fall of 20."

And West Ada is already preparing for the fact that one new elementary school isn't going to cut it over there. They've got a place on the same piece of property as Owyhee High that hey plan to put another elementary school on. As far as middle schools go, Exline said, “We have a site at Black Cat and Chinden, that's a middle school that will definitely need to be built out in that area."

But as far as bonds go for that elementary and middle school, nothing is in the works quite yet.

The West Ada School District is also dealing with some overcrowding south of the freeway, and they plan to run a bond next March for a new elementary school there. At this point in time, that’s the only bond in the works for West Ada.