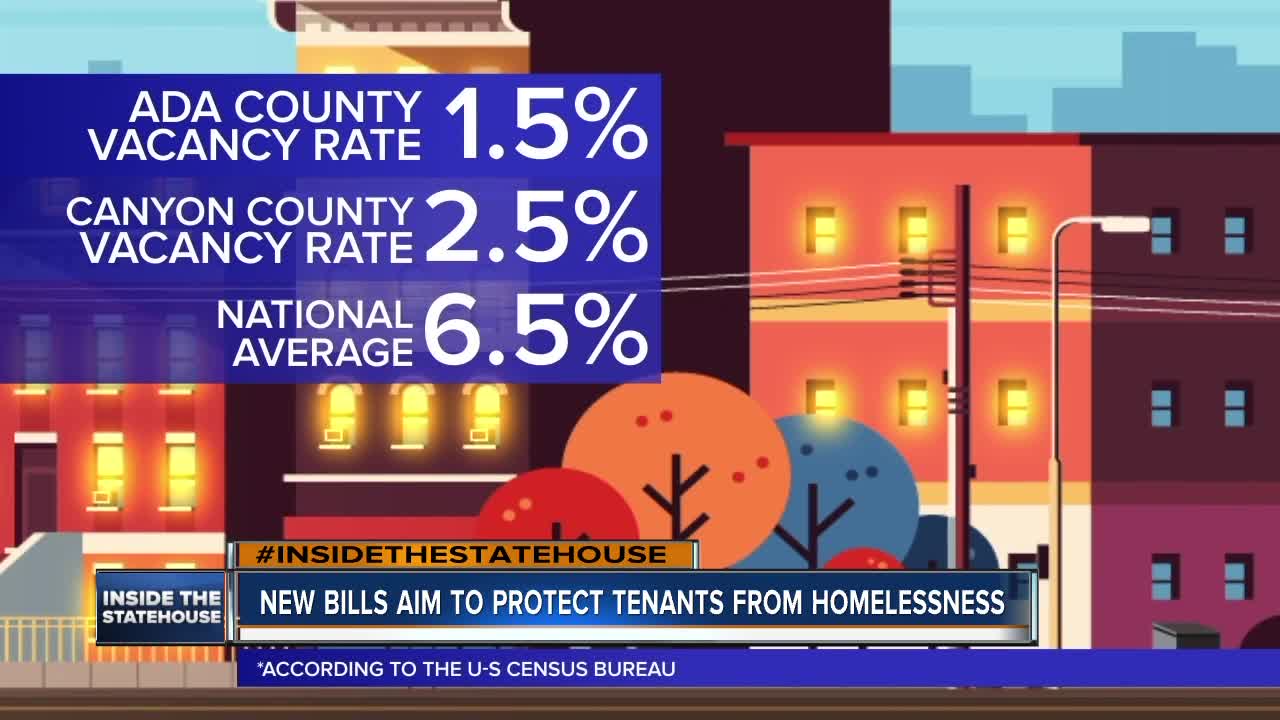 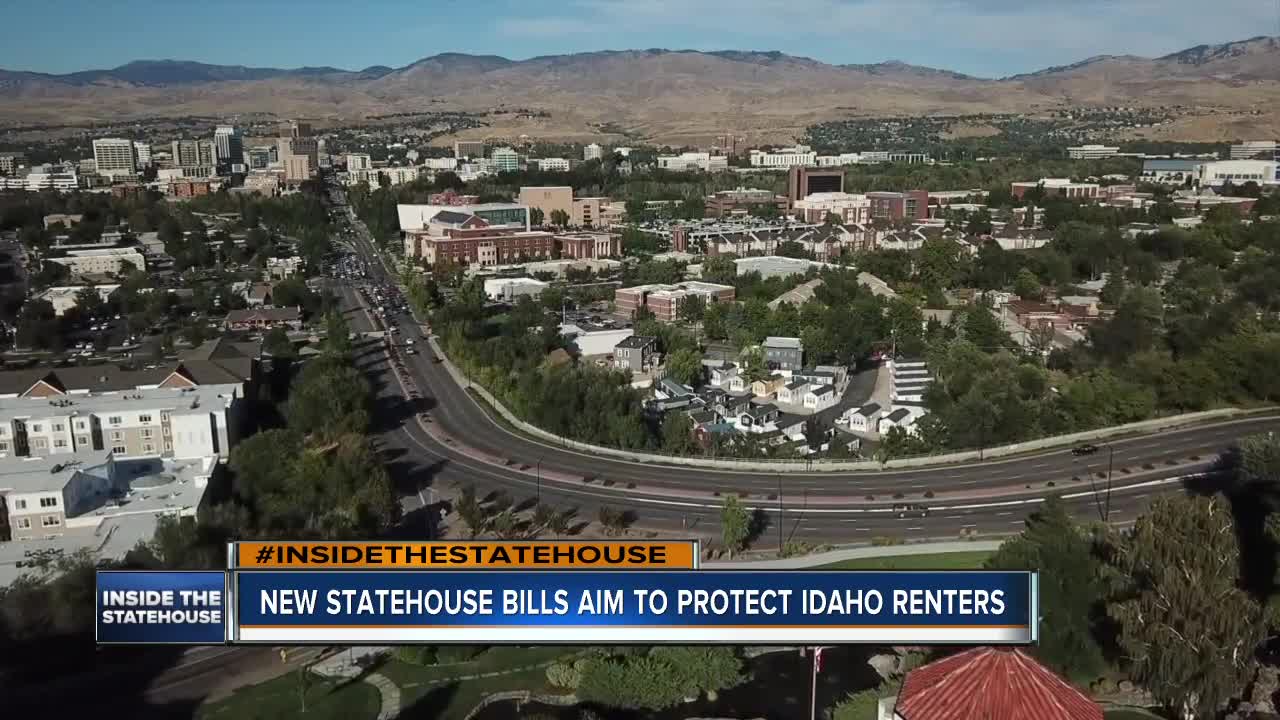 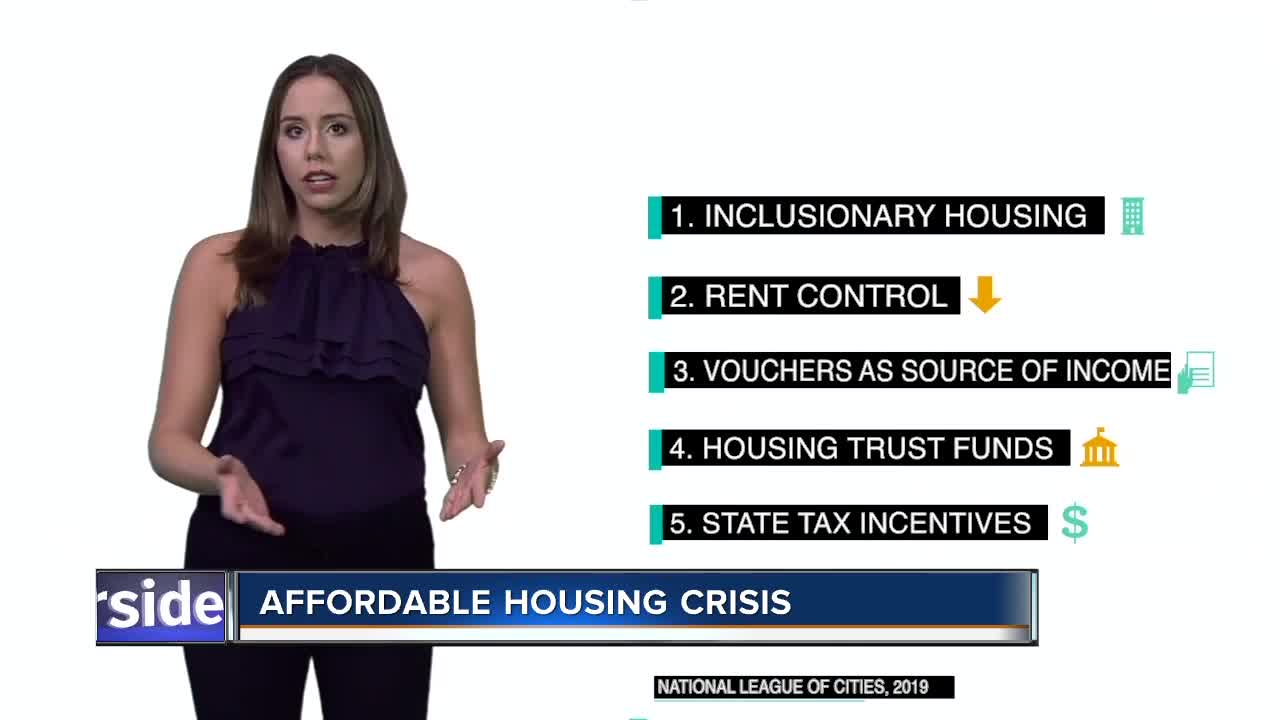 As 6 On Your Side's Madeline White has now exclusively learned, legislators introduced two bills on Friday at the Capitol that would add protections for Idaho renters.

The first: a bipartisan bill by Representative Ilana Rubel, (D-Boise) and Representative Jarom Wagoner (R-Caldwell), would make it so if a landlord is going to raise your rent more than 10%, they would need to give you at least 45 days warning. Currently, the law is 15 days notice.

At the state level, the last time Idaho legislators took bold action on the affordable housing crisis was in 1992, when they voted to create an Idaho Housing Trust Fund, but later did not put a dime into it.

As we previously reported, when it comes to holding landlords and property managers accountable, city officials say their hands are often tied, despite how often they say they hear stories about Idahoans falling into homelessness for the first time.

"We're talking about your baristas, we're talking about your firefighters, and your elementary school teachers. Those who are earning enough to live, but are struggling as rents continue to rise. And really at the end of the day, the state of Idaho, our legislator can be doing a lot more," said Wyatt Schroeder, Director of Community Partnerships, city of Boise.

Now, more representatives are working to use their power to effect change on the affordable housing crisis.

"We have to bring it in the state level, because currently, state law bans any city from addressing it," said Rubel.

Rubel said this bill was inspired by the story of a local single mom who worked two jobs to feed her family, but faced a personal housing crisis.

"The apartment complex owner came to them right before the expiration of their lease, you know, I think less than two weeks before their lease was up, ten days or something, and said, 'We're gonna raise your rent from $600 a month to $950 a month, and if you're not willing to re-up for a year, we're willing to let you stay on month-to-month for a year at $2,000 a month," said Rubel.

"You can't even find a moving company on that short of notice, much less a place to move in to," she added.

It's no secret rents are rising in Boise, and the numbers show it. According to recent data from Zumper, the average rental price for a two-bedroom apartment in Boise rose 9% in the prior year.

"I generally believe in free markets, but I think this is not a free market when somebody is really over a barrel, and is in a situation of extreme duress, where they have no opportunity to evaluate competitive market alternatives," said Rubel.

St. Alphonsus, AARP, and the City of Boise's Our Path Home collective have all expressed support for this bill, according to Rubel. Stephanie Day is a part of Our Path Home's group of stakeholders.

"If your rent goes up $300 a month, it's not like you can just find another unit that's at the same amount that your former rent unit was," said Day, Executive Director at CATCH Housing.

And that supply and demand issue shows in our vacancy rates. Vacancy rate is a phrase that reveals the ratio of empty, available units versus the total number of units in a county.

"A healthy vacancy rate should be between 5% and 8% probably," said Day.

"Which basically just means that all of the housing that's out there is full," said Day. "So it's just extremely hard to find housing, and when units do come available, there's a lot of competition for them."

Rubel says they'll be doing a public hearing on this soon; no date is set yet, but that hearing will be open to anyone who wishes to take the microphone and share their story.

Another bill sponsored by Representative Melissa Wintrow (D-Boise) was also introduced in the statehouse Friday that would require landlords to provide itemized expense reports on what money is withheld from your security deposit and why.

6 On Your Side will keep you updated on the progress of both of these bills.

Neither of these bills would put any dollars into that Idaho Housing Trust Fund -- but if passed, Rubel said it could be a start in that direction.

If you're an Idahoan struggling to find stable housing, you're not alone. Rising rents, stagnant wages, and limited housing inventory all contribute to an affordable housing crisis that is sweeping the state. So as Idaho grows and sees more people becoming homeless for the first time, and as wait lists grow longer for rental assistance... where can Idahoans turn who are struggling with housing?

"Unfortunately the federal government has also moved away from housing support," said Schroeder.

Without as great a degree of help from the federal government as there once was, and with little recent legislation on it by state lawmakers, the burden of Idaho city's affordable housing crises are landing in the laps of municipalities.

"The city of Boise has really taken the bull by the horns and been leading with affordable housing opportunities, by either using land that their leasing to developers, or other tools," said Mat Erpelding, Vice President and Government & Community Relations at the Boise Metro Chamber of Commerce. Erpelding is a former Idaho State Legislator himself.

Schroeder says he believes Idaho's legislators can be doing a lot more. He says affordable housing is a statewide issue, and Erpelding agrees with Schroeder that there is often a misconception that it is limited to the Treasure Valley.

Interestingly: did you know Idaho has a Housing Trust Fund?

Established the 1992 legislative session, the Idaho Housing Trust Fund "was designed to help low-income Idahoans find safe, affordable housing by funneling state and matching federal dollars into local governments and nonprofits," according to an article by Boise Weekly.

"Which could be a pool of funds specifically used to help people get into housing and to build that housing in the first place," said Schroeder.

But did you also know: it has nothing in it?

"Back in the 90s we did the right thing by creating a housing trust fund, but putting zero dollars in it didn't help anyone," Schroeder.

And it turns out other states are doing a lot more, according to a National League of Cities 2019 report. There are five major tools states can implement to help affordable housing:

And while most states have implemented a combination of these efforts, Idaho is the only state that's implemented none of the above, according to the report.

And from an economic standpoint, Erpelding says a continued housing crisis in Idaho can only negatively impact growth, because companies need places for their employees to live.

So now the question becomes: does the state have plans to take action?

"I have not seen any legislation that indicates there's movement toward looking at the state's role in the affordable housing market," said Erpelding.

Erpelding also said there could be some chatter about it behind the scenes, so I'll continue to investigate and bring you the latest as I learn it.