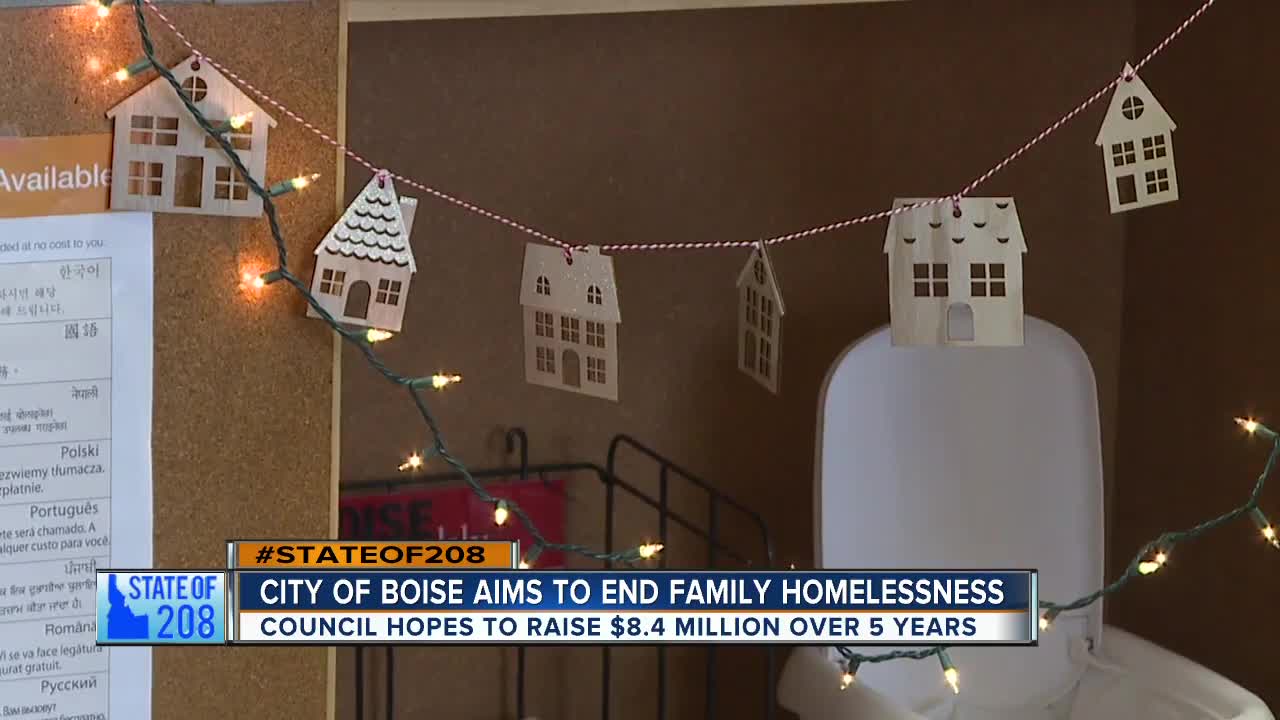 BOISE, Idaho — The city of Boise took a significant leap forward Tuesday in their progress to end family homelessness. While in many other cities, ending family homelessness seems nothing more than a pipe dream, in Boise, city officials and providers think that it can effectively be done.

Officials hope to raise a total of $8.4 million over five years to reach a net zero, where there is no wait-list for families experiencing homelessness.

"It's basically a 5-year plan, to ensure that we are keeping folks housed -- preventing them from becoming homeless to begin with," said Councilmember Lisa Sánchez, City of Boise.

Day says the decision has long been worked for by providers.

"The provider community has been working on this plan for months and months. We want to get to the point where there is no waiting list for families -- as soon as they come in, they get right into a housing intervention," said Day.

Right now, Day says the county has about 180 families on the wait-list for housing resources at any point in time. Roughly 25 families enter the system each month, and about 20 families exit, so the providers' wait-list grows month after month.

Ada County has also put half a million dollars toward the cause. Currently, 30% of the $8.4 million goal has been raised, according to Wyatt Schroeder, director of community partnerships with the City of Boise. He said they will be going to the public for the final $5.9 million, then "spend down" on those donations for five years to arrive at net zero.

If the net zero goal is reached, Ada County families experiencing homelessness -- not just in Boise -- will benefit from the lack of a wait-list.