Citizens will still vote on whether they feel they should have a vote on library and stadium projects in November. 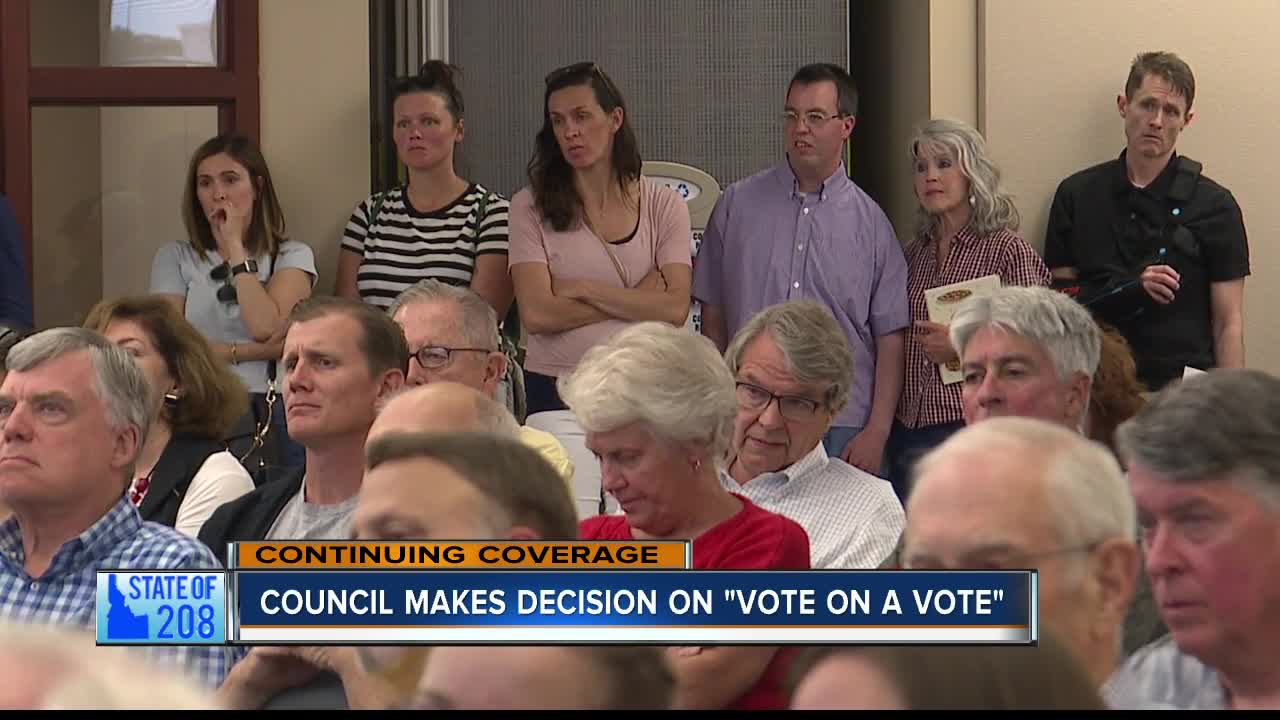 Ultimately, city council unanimously voted not to enact the ordinances put forward by Boise Working Together, a political action committee.

The language in BWT's ordinance stated that a public vote would be required on major city spending, including libraries more than $25 million or stadiums more than $5 million.

Council members worked to make clear that they are not eliminating a vote on major city expenditures, according to their statements Tuesday. Rather, they said they are worried the language in Boise Working Together's ordinances were unconstitutional.

"I'm very supportive of Council member Clegg's approach of an alternate ordinance that is legal and constitutional and that we could vote on as council members in good conscience," said Council Member Holli Woodings. "Because we did take an oath, and it would be not good for us to adopt something that is deemed by our legal counsel to be unconstitutional."

Council members unanimously settled on revising the language in an "alternate ordinance" set forth by Councilmember Elaine Clegg, in order to better fit the council's desires, while still bringing citizens in on the process.

Still, at Tuesday's meeting, the council meeting was at times over capacity. Advocates fueled up with the energy of a large and laser-focused audience.

“Ladies and gentleman, this is a situation that should have never been allowed to happen," said David Klinger, spokesman, Boise Working Together (PAC). Klinger expressed in his testimony that more transparency should be given to citizens when it comes to large, multimillion dollar expenditures.

And even though City Council did not adopt the ordinance language, the public will still get a vote on whether they think they should have a vote on expensive library and stadium projects going forward.

“These initiatives go on the ballot in November," said Klinger.

Clegg's proposal to let the "vote for a vote" go through-- and also adopt an alternate version of an ordinance-- was agreed upon by all members of City Council.

McLean is now moving that we NOT enact or adopt the initiative language, and instead make motions on two revised ordinances. "My intent with these motions is to continue the initiative process through by putting that language of initiatives onto the ballot," she said.

“It has less to do with a library or a ballpark, and much more to do with the way that this public business is being done," said Klinger.

While some testified that elected officials should be able to make those decisions on behalf of the city and that a "vote for a vote" will add confusion for city improvement projects, former Republican Boise Mayor Brent Coles testified saying citizens should not be left out of these decisions.

"What has concerned me is with the growth that we’re having today, is seeing the stress that that’s putting on our Boise PD and Boise Fire... we're six fire stations short," said Coles.

Coles said, ultimately, he feels people should be included on these decisions.

“The idea of a hundred million dollars going into one place—which of course is going to turn into $120 million to $130 million... the vote for a vote is a great idea. It gives everybody an opportunity to get more information and make a determination," said Coles.