Beverly Hills company moves in... drives rent up by nearly 45 percent for some Boiseans 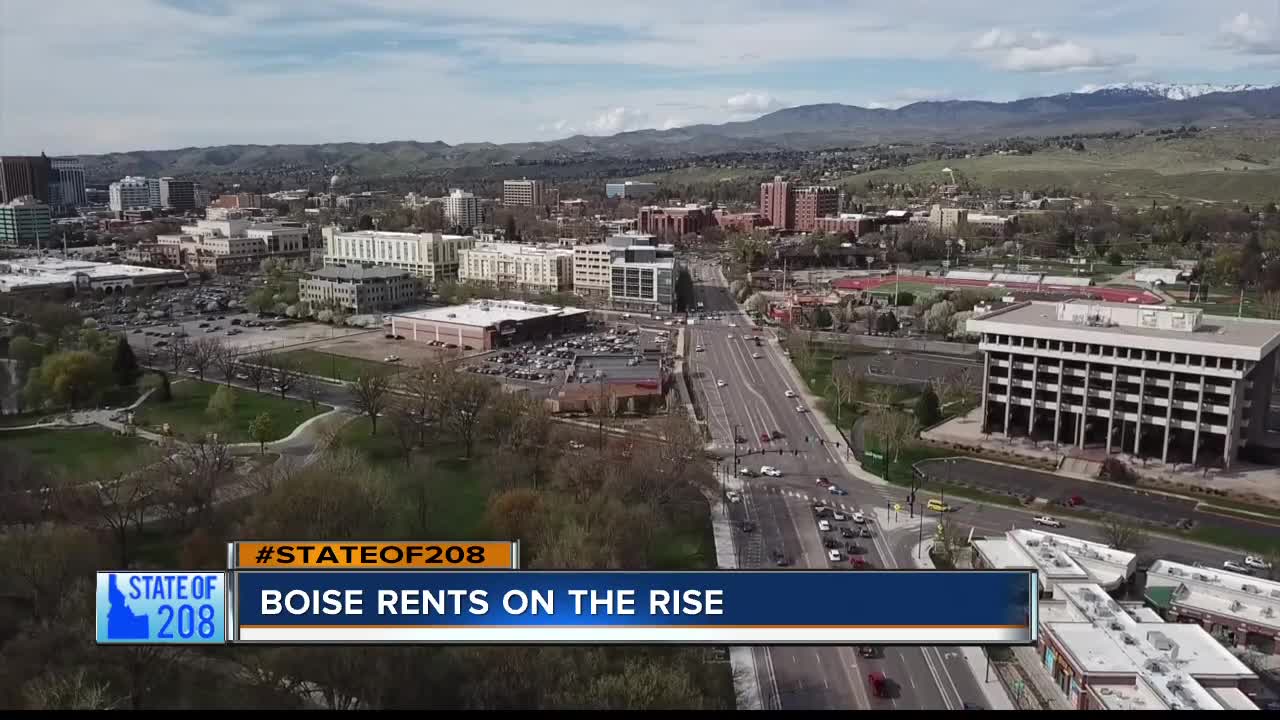 Beverly Hills company moves in... drives rent up by nearly 45 percent for some Boiseans

BOISE — In 2018, Boise made Apartment Guides list of the top ten cities with the highest rent increase. Now, here we are one year later, and residents like Mary Kemp are left wondering why the city is allowing an out of state company to acquire her complex and up her rent by nearly 45 percent. "If we re-sign I don’t know how we're going to pay, but we'll re-sign. I've got stuff posted for sale like my sewing machine and our grill and different things to hopefully manage," said Kemp.

Mary Kemp and her husband moved from a three bedroom home in the Boise north end to a two bedroom apartment on the east end exactly one year ago.

"He was going into his master's program at Boise State University, which requires a full year internship at no pay, and so we thought the responsible thing to do would be to downsize," said Kemp.

So they signed a year lease at the Reedhouse Apartments, a complex built in the 1980s, at a monthly rent price of $1,200 dollars. Fast forward about six months, when the property was purchased by Kennedy Wilson, a real estate company based in Beverly Hills that owns multiple properties around Boise, now becoming known for moving in and upping prices.

"Our offer was over $17... uh $1675 plus all of these additional fees so $25 for parking, $25 for cable, and that's not optional, you have to get it," said Kemp. That is a nearly 45 percent increase for a place that hasn't seen renovations, "There are also significant ant infestations in the majority of the complexes on the first floor," said Kemp.

A report by Apartment Guide revealed Boise experienced the fifth highest rent increases of all U.S. cities in 2018, and Boiseans don't need a study to tell them that rent is on the rise. But what can local city leaders do about it?

A statute that states a local governmental unit shall not enact, maintain, or enforce an ordinance that would control the amount of rent charged for leasing private residential property. In other words, rent control.

"We're doing everything we can and everything that we're allowed to by law," said Woodings.

So an idea proposed by a Boise City Council Member and renter herself, Lisa Sanchez, "Something that we're gonna try, is seeing if we can do an ordinance to limit the amount that potential renters have to pay during the application process."

That is a small element, but something city council members hope goes to show that they do care, and that they will do everything state law allows them to. And an urge to residents from inside City Hall, "They should talk to their legislators. And talk to legislators around the state. You know, there's a lot of cities that are experiencing the very same thing," said Woodings.

An effort by local leaders, continuing to make Boise the most livable city.

If you would like to reach out to Mary Kemp, in her efforts to start a movement against rising rent, contact her at: mariaeliza17@gmail.com.

We reached out to Kennedy Wilson, and at this time they have not responded for comment.