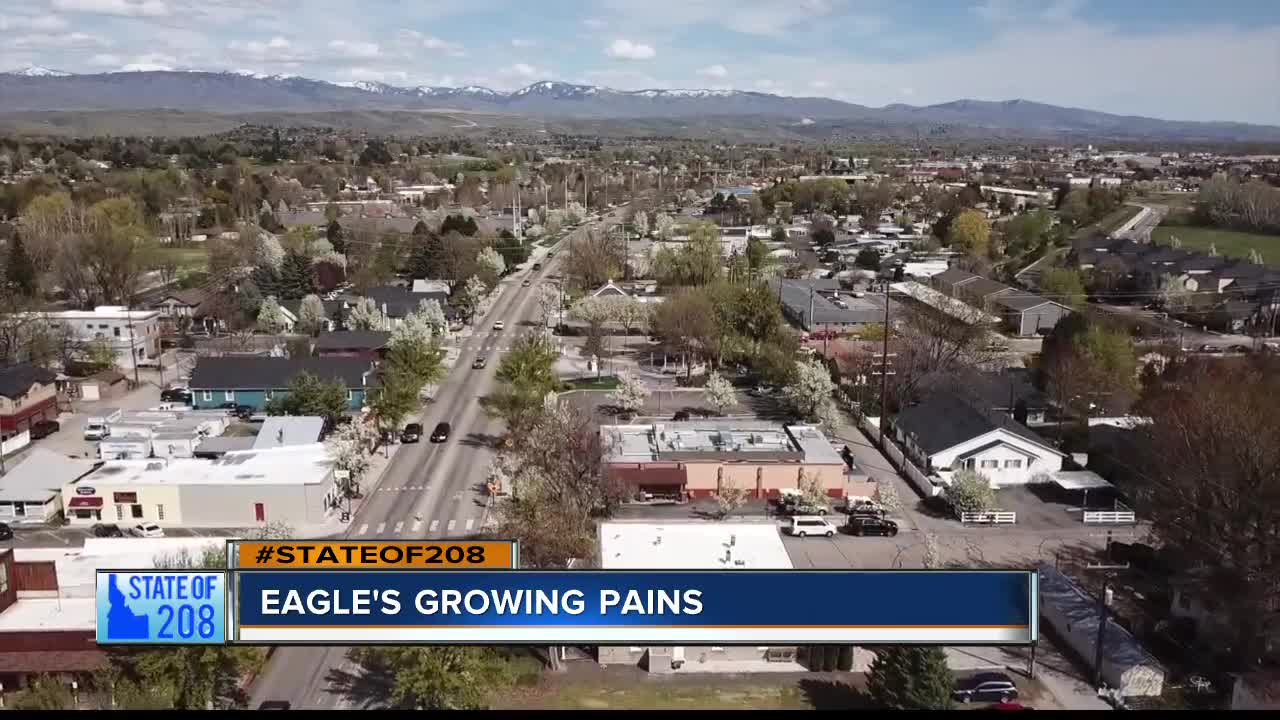 It's a blessing and a curse.

EAGLE, Idaho — It's a blessing and a curse.

That's how Eagle Mayor Stan Ridgeway describes his community's popularity. Ridgeway talked specifically about a couple of areas where change may be coming sooner than later.

Back in the day, when you mentioned Eagle, it's possible the Merrill Egg Farm came to mind. But those days are long gone. As a matter of fact, two out of three Eagle residents have moved there since the year 2000. Ridgeway, a transplant himself, knows the challenges that lie ahead for his new adopted city. That's because he hears it on the street and in the council chambers.

"Citizens with young kids get really upset about the overcrowded schools," Ridgeway said.

Ridgeway added that's tough because schools are paid through bonding, not through city hall.

Housing is a different story. What's growth without a little controversy?

For instance, since the Eagle Rodeo relocated to Avimore, the empty lot is getting a lot of looks. There are plans for multi-use residential and commercial, but it has some people a little upset.

Ridgeway says, "There were residents who might not even live close who just didn't want to see the downtown area change, and for some reason they had in their mind Eagle would be Eagle. We even had a request that it should be an equestrian facility with horses and it's not just realistic because of the land use."

Ridgeway acknowledges Eagle has high housing standards. Many who work in Eagle just afford to buy in Eagle so the demand for more apartments are on the rise. 250 units are already being built on the east side with another 150 planned to the west on Linder road. And the old rodeo grounds isn't the only open lot in the downtown business core that has created quite the buzz. The lot on the southwest corner of Old State street and Eagle road has been empty for years. The city would like to see it developed and there are developers who would like to build something there, but it seems until the intersection gets changed, any movement on the property will be put on hold.

Since a roundabout is no longer an option, officials are considering what's called a quadrant. A design intended for intersections where large artery routes meet in an area of dense development and high pedestrian volume. That could happen over the next three years. Because of it's growth, things are looking up for Eagle, the question now is whether the city can stay ahead of that growth with responsible management.