State Board of Education fires U of I's Rob Spear 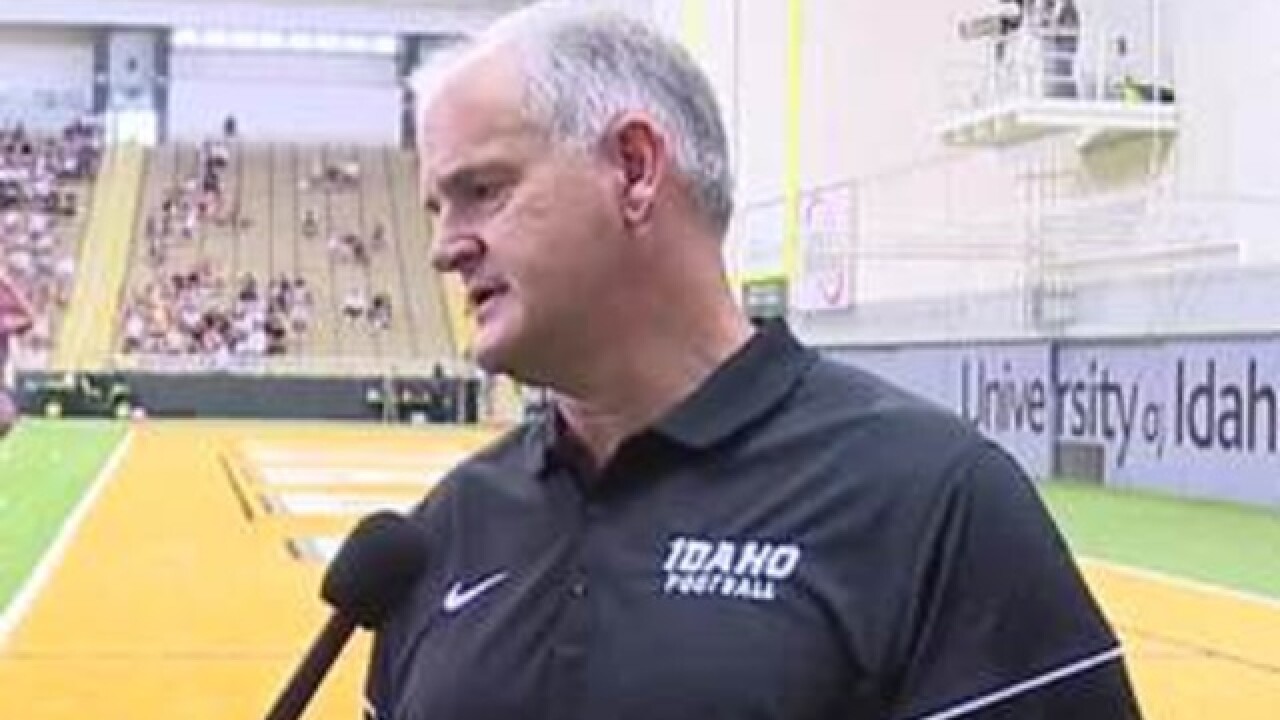 The University of Idaho Athletic Director Rob Spear is now out of a job.

Meeting in at the Idaho State University in Pocatello today, the State of Board of Education officially fired Spear. Speculation had swirled for months as to what Spear’s future with the school may be.

Since April 3rd, Spear has been on paid administrative leave while investigators looked into how his department handled complaint of sexual harassment and sexual assault against a football player from 2012.

Investigators found Spears’ handling of the matter was not adequate –- but the investigation almost placed blame with ISU for its lack pf policy changes.

In a news release, the State Boartd of Education said, “The action is a contractual right set forth in Spear’s employment agreement with the University.  Dr. Spear will receive compensation for the remainder of the term of his employment agreement.  The Agreement terminates on February 17, 2020.”

Prior to the vote Board Member Emma Atchley made the following statement and motion:

“We’re involved in consideration of Dr. (Rob) Spear’s employment status as a result of President (Chuck) Staben’s disclosure of a conflict of interest and at President Staben’s request to recuse himself.

As a result of the President’s recusal, the Board is not considering or giving any weight to information or opinions he may have provided.

The investigators concluded that the University failed to provide proper notice and education to the University community of significant changes to its policies regarding sexual misconduct.

The report said, “[t]he result of the failures to provide proper notice of policy changes and education regarding Title IX resulted in those in the Athletics Department (as well as in other departments), lacking an understanding of the appropriate processes to address allegations of misconduct.” We’ve considered the report, comments received from the public and the university community, information received from the University’s counsel, and information received from Dr. Spear and his legal counsel.

After considering this information and what’s in the University’s and the students’ best interest, I move to terminate for convenience pursuant to Dr. Spear’s employment agreement with the University.”

Then, early Thursday afternoon, the University of Idaho released a statement that read: “The Idaho State Board of Education, sitting as the Board of Regents of the University of Idaho, made a difficult decision today about the university’s athletic director. University leadership respects this decision and will work closely with the board and, with the support of our university community, will continue to move our great institute forward in a positive and productive way. Pete Isakson has been serving the university well as acting athletic director during this difficult time. He will continue in this role for the foreseeable future.”