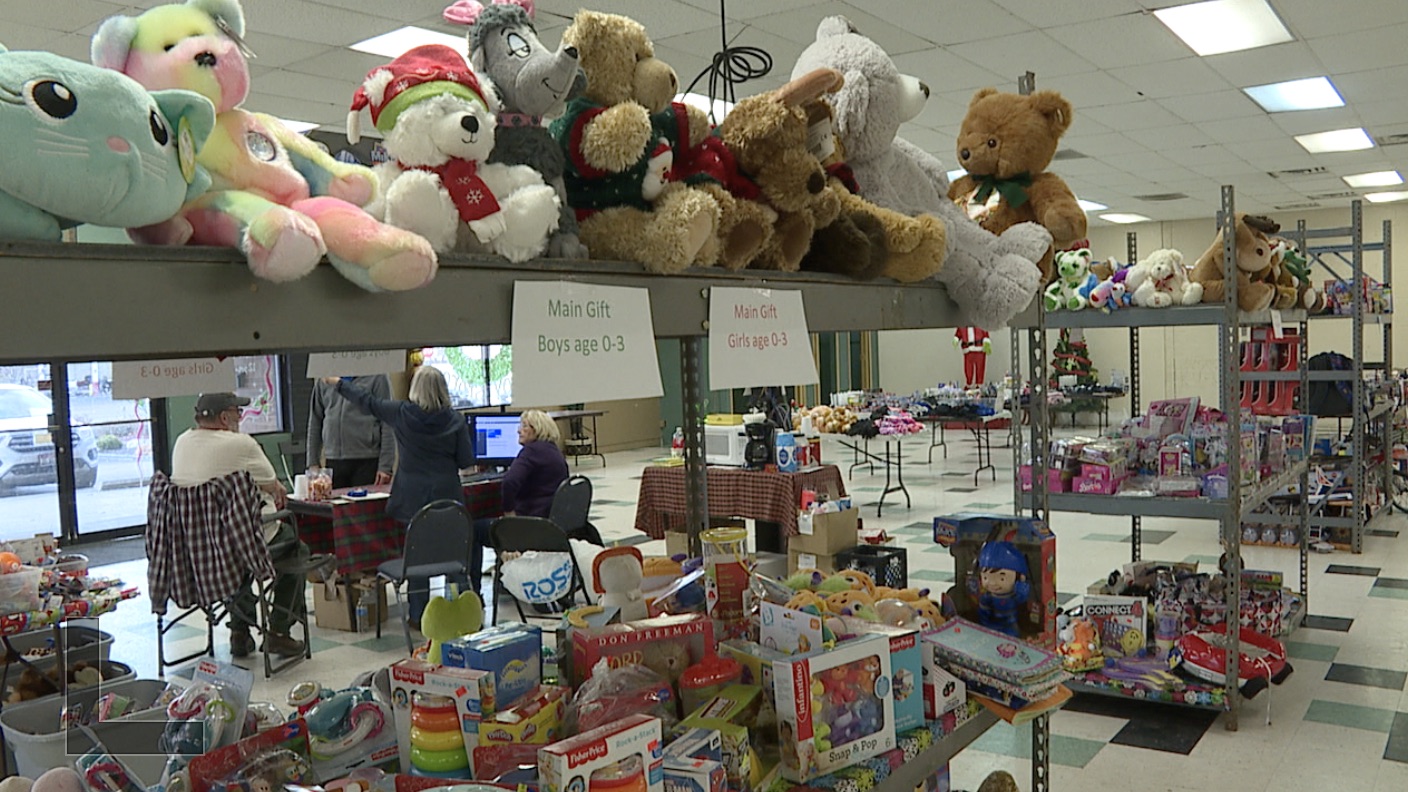 Struggling to afford holiday gifts this year? You're not alone. That's why during the month of December, St. Vincent de Paul of Southwest Idaho (SVdPSWI) Is operating two no-cost Christmas toy stores for families in need.

BOISE, Idaho — Struggling to afford holiday gifts this year? Sadly, you're not alone. That's why during the month of December, St. Vincent de Paul of Southwest Idaho (SVdPID) operates two no-cost Christmas toy and gift stores for families in need.

Ralph May, the executive director of the local chapter, said they're on track to supply gifts and toys for about 3,000 Treasure Valley kids and teens this year; the most, he said, of any year so far.

"It's a completely free toy store," said May -- and it's for any Treasure Valley kid up to 18 years old who needs it.

"On Monday at noon when we opened, we had over thirty people standing in line waiting to get into the toy store," said May.

The need, this year, is strong.

"It's the highest response and the most robust response we've ever seen," said May.

According to a 2018 ALICE report by the United Way Treasure Valley, approximately 40 percent of Idahoans are struggling to make ends meet, and many of them don't have a safety net.

"And they are as much as just one small or medium financial crisis from homelessness or from a spiral that could end up in homelessness," said May. "And Christmas season -- and the holidays -- as joyous as they are, many times, they add a lot of extra stress to a family."

Now in its tenth year, one woman says one time she was at the toy store volunteering when suddenly she heard a blood-curdling scream.

"And I jumped up, my heart was in my throat, and I went running back there, and there was this young mother, and she was just standing there with this toy, and come to find out, her 3-year-old daughter -- it was the only thing her daughter wanted for Christmas," said Melanie McLenna, volunteer.

She says she was in tears.

"And the mother didn't think in any way, in a million years, she'd be able to afford to buy that toy or give it to her daughter, and here she saw it on the shelf... her little girl was going to get exactly what she wanted for Christmas," said McLenna.

Call (208) 506-3001 to learn if you could be eligible to get a little help this holiday season. You may have to leave a voicemail, but a representative will get back to you -- as long as you reach out before December 18.

SVdPID provides services to people of all beliefs and backgrounds, so no matter what you're celebrating this time of year, you could be eligible for the voucher that allows for one gift per child.

How do they provide the gifts? According to May, for the past two months, employees have been collecting donations at thrift stores. They also come with the help from private donors who give monetary donations, as well as businesses and schools that are holding toy drives for the cause.

Click here for more information on the Christmas Toy Store.