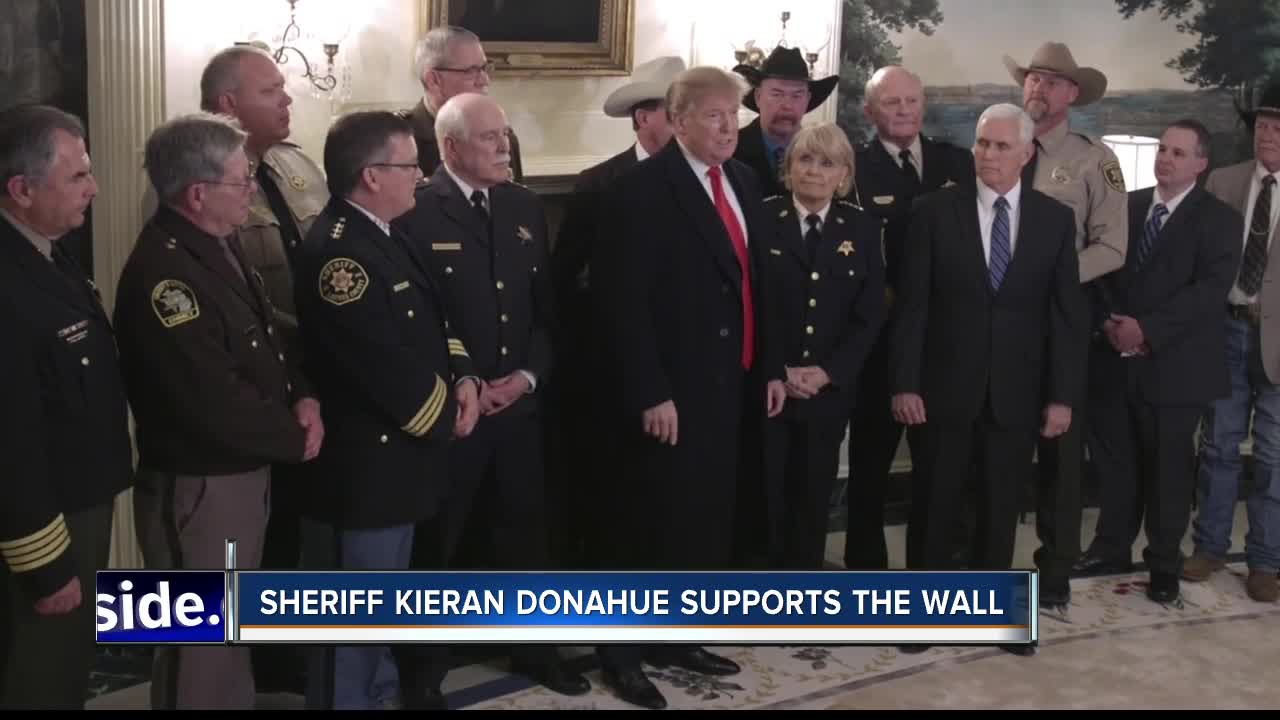 CALDWELL — Canyon County Sheriff Kieran Donahue was one of 16 sheriffs from across the country who met with President Donald Trump to discuss border security at the White House this week.

The border between the United States and Mexico stretches nearly 2,000 miles, currently there is 654 miles with a wall, some of that is the tall pedestrian fence and some of that includes Normandy style fencing that is designed to stop vehicles in more rural areas.

Sheriff Donahue sat down with us and he said the he supports building a wall on the border because it is one of the tools along with Border Patrol Agents and the technology used to secure the border.

"What's demeaning, alarming and frustrating to law enforcement people like myself and the men and women who work here is that there is this way of thinking in a vacuum that nothing bad is happening down," said Donahue. "There is something bad that is happening down there every single day."

Donahue told us that drugs trafficked across the southern border by the cartels will eventually get to Idaho and a section from Portland, Oregon through Boise to Pocatello is ranked by the Department of Justice as one of 29 high intensity drug trafficking areas in the United States.

To hear more from Sheriff Donahue check out the video.