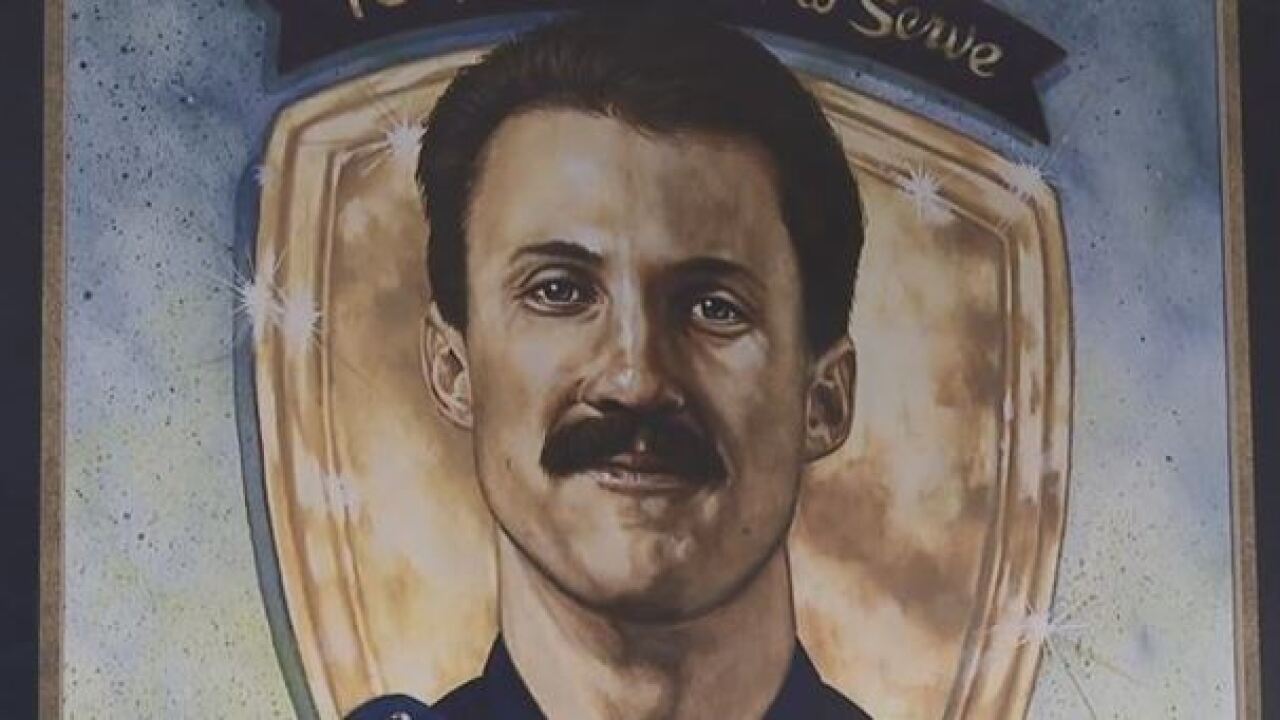 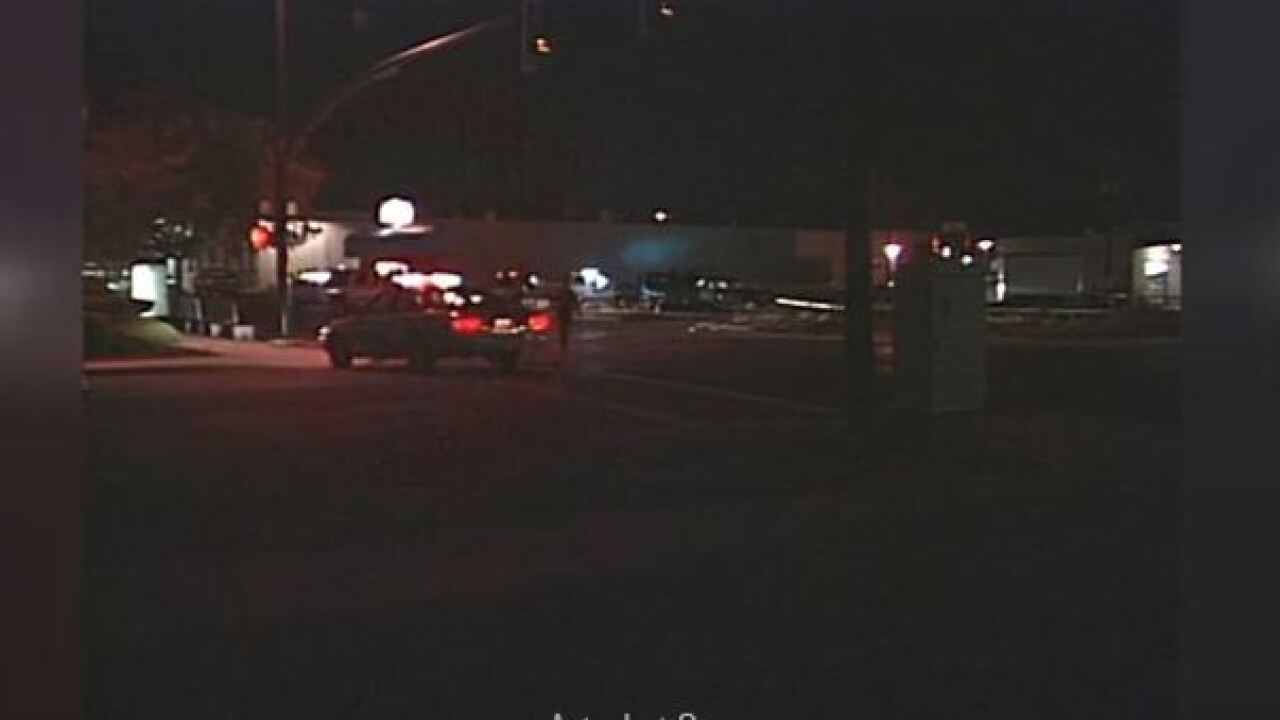 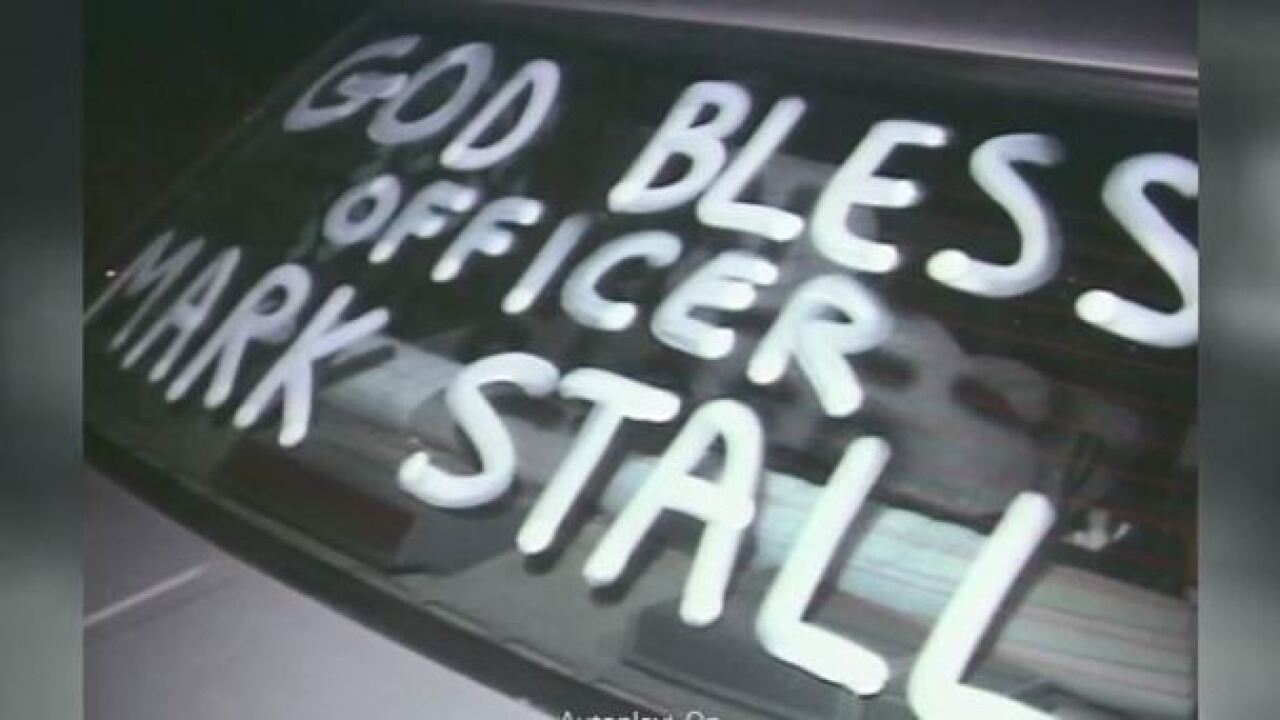 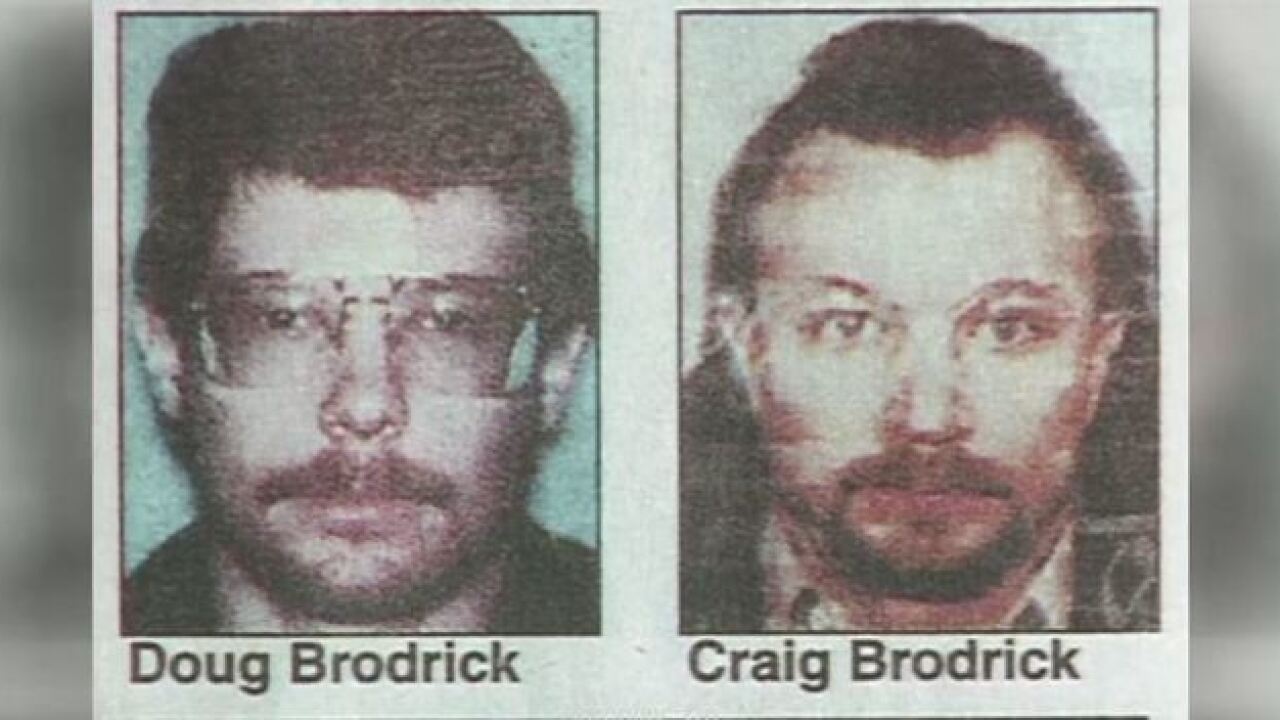 It was 21 years ago when Boise Police Officer Mark Stall, 29, was shot and killed in the line of duty, the first Boise officer known to have been killed in the Department's 100-year history.

It began in the early morning hours of September 20th, 1997, when Officers Stephen Van Doren and Brian Hagler noticed a Chevrolet Impala with license plates that seemed “off.” After the driver made a series of traffic violations near the intersection of West Idaho and N. 15th Streets, the officers decided to pull the car over.

The driver turned into a bar’s parking lot and stopped. And as the officers pulled in behind, the two men inside the car –- later identified as brothers Craig Brodrick, 30, and Douglas Brodrick, 27 -– got out at the same time.

Hagler got out of his patrol car as well, and told the two to get back inside their vehicle. But they refused.

“They both froze. They looked at me, looked back at Brian, and then they backed up to the car. Their demeanor in how they did that was very odd -- because most people, when they return to the car, they go just back into to the car," said Van Doren.

The Brodricks eventually got back inside.

Sensing something wasn’t right -– and deeming it a “high risk” traffic stop, the officers called for backup. Officers Mark Stall and Ron Winegar, as well as several others, soon arrived on the scene.

“Rather than approach the vehicle, we decided to have the occupants get out of the vehicle one at a time and come back to us,” Winegar recalled.

The driver then got out of the vehicle, smoking what appeared to be a cigarette, and started moving towards the officers.

“He looked at every position, took a puff, and we told him to pick up his jacket and slowly turn around. And he goes, ‘I don't think so,’” said Van Doren.

At that point, officers were on high alert. They again told the driver to turn around slowly –- but just then, the passenger’s door flew open, the passenger jumped out, and the two men started opening fire on the surrounding officers.

“It sounded like machine gun fire for about fifty seconds,” Van Doren recalled.

During the gun battle, Winegar and Stall were both hit.  A bullet struck Stall under his arm, just above his protective vest.

“It was a lot of chaos and confusion,” Winegar stated.

Both officers were taken to a hospital -- and ended up in the same room.

"I laid there and watched as what seemed like a huge team of doctors and nurses and medical staff working on Mark,” Winegar remembered. “They opened his chest and performed some heroic attempts to save his life.”

But Stall died during surgery.

Shortly thereafter, Mark’s wife, Cheryl, received a knock on the door that she will never forget.

“I don't really remember them telling me anything specific -- just that we needed to get to the hospital," she said.

Coping with the loss of her husband, Cheryl had to find the strength to tell their two children the horrific news.

“They were still at home and in bed, asleep,” she recalled. “That was the most difficult for me -- to figure out how to tell them they would never see their dad again. How does a 3-year-old and a 6-year-old understand that?”

Later, after news rippled through the city, then-Boise City Council President Carolyn Terteling called the shooting “a profound tragedy for our entire community,” according to media reports.

The Idaho Statesman stated the Stall killing was “the most significant violent act in Boise’s history” and that, as a result, the city that had been known as one of the best places to live in the country had “lost its innocence.”

Stall and his wife had moved to Boise to reunite with her family here. He is survived by his wife and two daughters.

Cheryl has since remarried.

Winegar is still with the Boise Police Department. He is a Captain in charge of the Patrol Division.

Today, officers are often reminded of Stall’s legacy of service as they enter and exit the Department’s headquarters. Officers walk by Stall’s locker -- which has been memorialized and mounted at the entrance to the Department’s locker rooms.

Several years ago, BPD officers created a “Challenge Coin,” bearing Mark’s image that has become a prized possession of those who obtained one.

Each year, during Police Week in May, Stall -- along with other fallen Idaho peace officers -- is remembered at a special ceremony that takes place at the Idaho Peace Officers Memorial in Meridian.

In May, 2011, the Boise City Council voted to honor Stall by naming a west Boise street in his honor. Mark Stall Place runs south from W. Emerald St. to Boise City Hall West, the administrative offices for the Boise Police and Fire Departments.

“Officer Stall was well-liked and respected by his colleagues on the Boise Police Department. He was known as an officer who loved his job and was committed to the community he served,” said a Boise Police Department news release. “His wife, daughters, and family say they are blessed to this day because of the honorable man that he was. He will always be missed because of his many admirable qualities. His is a worthy legacy.”