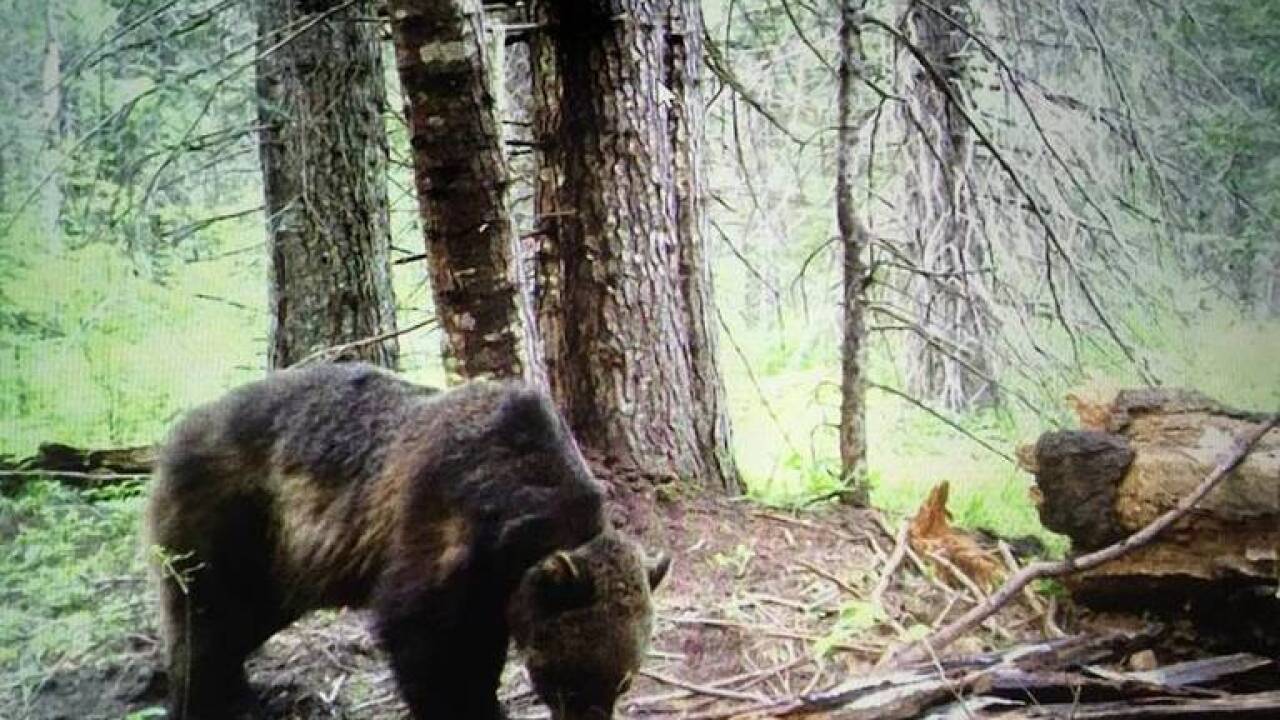 <i>COURTESY OF GARRETT WELLING, IDAHO STATESMAN</i>
This grizzly bear, captured in a trail-camera photo in the Kelly Creek drainage in June, has moved out of the Nez Perce-Clearwater National Forest. Game officials report he is now in the Selway-Bitterroot Wilderness south of U.S. Highway 12.

For the second time since September, poachers have illegally shot and killed a grizzly bear in Eastern Idaho, according to a news release from the Idaho Department of Fish and Game.

A young male grizzly was found dead near Cold Springs Road in Fremont County, southeast of Island Park. Officials said winter weather conditions made it difficult to tell precisely when the bear was killed, but they believe it was around Nov. 8.

In early October, Fish and Game reported another male grizzly had been shot and killed in Fremont County in late September. Researchers found the bear when the radio tracking collar it was wearing transmitted a mortality signal. That bear was killed in the Coyote Meadows area, about 20 miles southeast of the recent bear poaching.

Grizzlies are protected by state and federal law, Fish and Game said. The Greater Yellowstone ecosystem population of grizzlies has been under Endangered Species Act protections since the 1970s, though there have been efforts in recent years to remove those protections.

In recent years, grizzly encounters and sightings have increased slightly in Idaho. They’ve been spotted in some areas where the species hasn’t been seen in decades, and this year alone, hikers and hunters have had three close calls with grizzlies in Idaho. Two of those encounters occurred in Fremont County, which borders Wyoming and contains a sliver of Yellowstone National park. In May, a hiker at Henrys Lake State Park was bitten by a female grizzly protecting cubs, but it survived the encounter. In September, two archery hunters near Island Park survived a grizzly attack by deploying bear spray.

Anyone with information on the grizzly poaching can call the Upper Snake Regional Office of Fish and Game at 208-525-7290 or contact Citizens Against Poaching by phone at 1-800-632-5999 or online at https://idfg.idaho.gov/poacher. A reward is being offered for information leading to a citation.