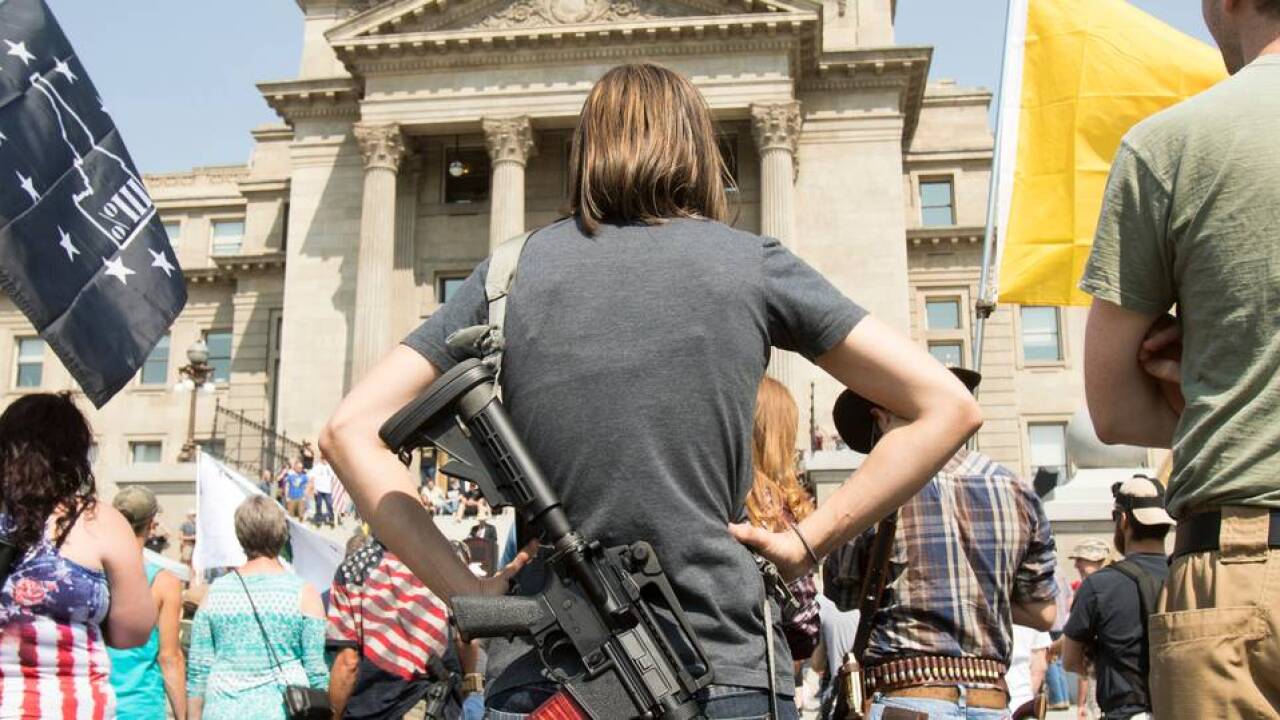 This article was originally published by Katie Talerico in the Idaho Statesman.

The city of Eagle has declared itself a Second Amendment sanctuary city, making it the second Treasure Valley city to do so, after Star passed a similar resolution in July.

The City Council voted unanimously for the measure, igniting a round of applause from residents attending Tuesday’s meeting.

The “sanctuary status” is largely symbolic. In its resolution, Eagle declared that it would opposed the enactment of legislation that would “infringe upon the rights of people to keep and bear arms.”

But Idaho’s Legislature has rarely pushed for measures to increase gun control — and, in fact, in recent years has passed measures that would reduce restrictions. In 2019, for example, the Legislature lowered the age at which one could carry a concealed weapon to 18 from 21.

That could change, argued Eagle resident Brian Almon. A former Washington resident, he watched with frustration as the state passed legislation that increased gun control.

“The time to make a statement about where we stand is now, not when things have changed and the laws are infringing upon those rights,” he said at Tuesday’s meeting.

The sanctuary city movement gained popularity among liberal cities, which used them to restrict the use of city police officers in enforcing federal immigration laws.

More recently, as a movement to “defund the police” has surged throughout the country and armed groups have showed up to counter Black Lives Matter rallies, the Second Amendment Sanctuary City movement has become a way for more conservative cities to reaffirm their support of gun rights and the police.

Eagle’s resolution outlines the city’s support for the Eagle Police Department and its “discretion to not enforce against any citizen any unconstitutional laws.”

Not everyone at the council meeting backed the measure.

“Polarizing issues have no place in local government resolutions,” Rob Van Arnem told the council. He worried that if the city did not enforce gun control measures implemented by the state, were they to pass, Eagle could be subject to a lawsuit that the citizens of Eagle would pay for.