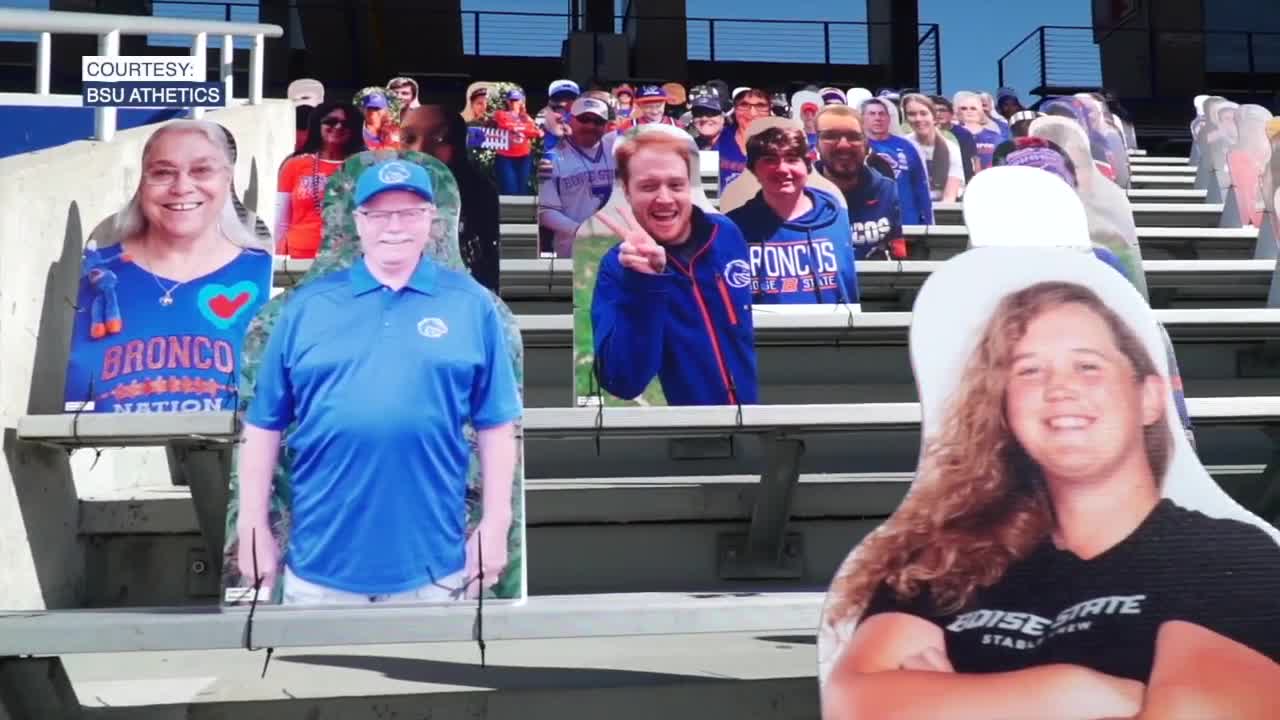 It has been anything but a typical year, the Broncos had spring ball canceled, their season was in jeopardy and they missed out on hosting Florida State, but the team looks forward to returning to the gridiron.

BOISE, Idaho — The Boise State Broncos hosts Utah State in their first football game since last December, kickoff is set Saturday at 5:00 p.m. Not only does it mark the season opener, but it is also the conference opener as BSU look to defend their crown as Mountain West champions.

It has been anything but a typical year, the Broncos had spring ball canceled, their season was in jeopardy and they missed out on hosting Florida State, but the team looks forward to returning to the gridiron.

"I didn't think it was going to happen," said wide receiver Khalil Shakir a BSU team captain. "We are playing on Saturday, and it doesn't even feel real."

BSU players get tested for the coronavirus every week, but the team hasn't had a positive test, and everybody on the team decided to play through the pandemic.

"If you are out there doing the right thing, you shouldn't be nervous," said Junior Khalil Shakir. "If you really care for the team, if you view this season as an important season, then you are going to do anything you can not to get the 'Rona."

But the pandemic has forced the coaching staff to take a different approach in their preparation.

Coaches don't know when or if a player will not be able to play because of the pandemic, so they have adopted a mentality that every player needs to be ready, but the coaching staff also looks forward to getting back out on the blue.

"Saturday is going to be the best thing that happens to all of us this week," said BSU head coach Bryan Harsin. "I hope we do well, but I'm going to run out there on the blue and I'm going to be excited to be with those guys and watch them go out there and cut it loose.

The Broncos have a reason to be fired up as they return a prolific offense.

"I'm really exciting, it's kind of harping on the same thing since we haven't played in a year," said Bachmeier. "I'm just curious to see how we go out we just got to operate and execute and do our job."

The Broncos defense features ten upperclassmen who could play prominent roles for the team this season, and one thing Boise State has going for them is leadership from their captains and their seniors.

"For anybody listening, that group of seniors, you better find out who they are," said Harsin. "Because we got the right people, they are fantastic people."

Boise State will play without fans in the stands, but fans can catch the game on Fox Sports One as we can all get ready for some football.