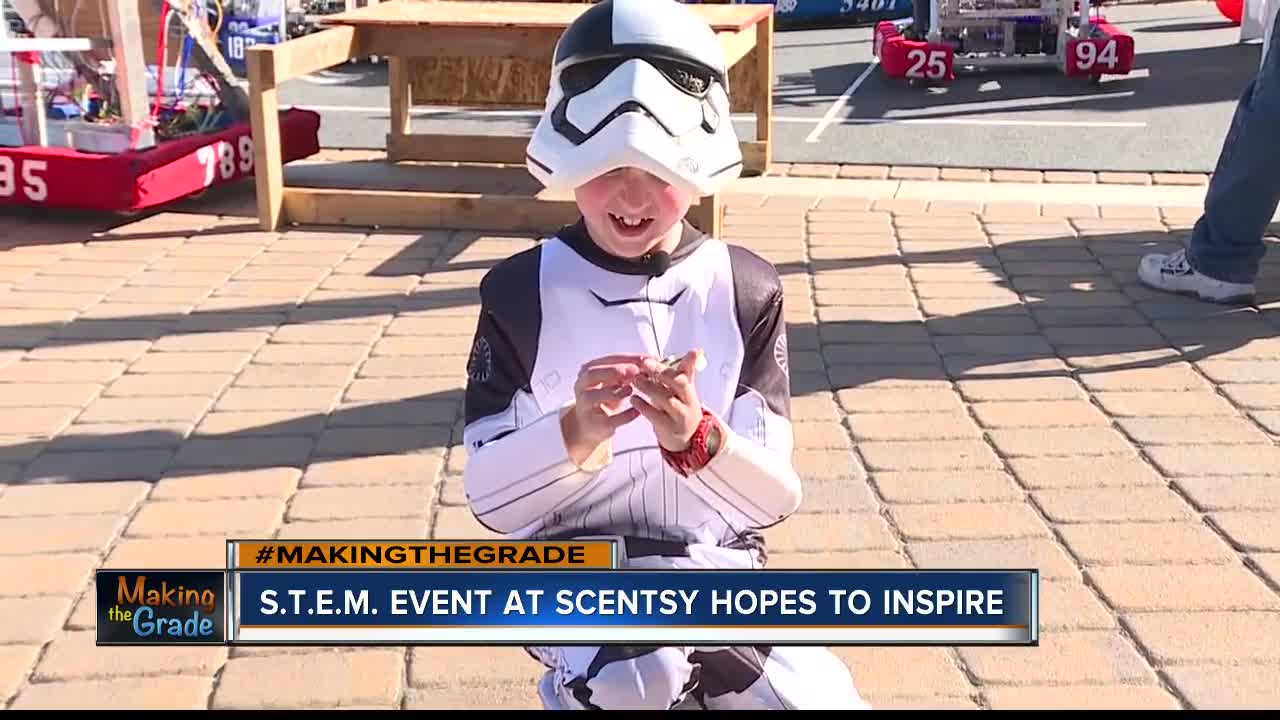 MERIDIAN, Idaho — Picture this: Iron Man showing kids his driverless Tesla, followed by Batman drawing kids into the many worlds of virtual reality. It might seem far off, but all this is happening Friday at the third annual Scentsy Con-- a tech fair for kids and college students.

Organized by Scentsy's IT employees, a rep said the idea behind Scentsy Con is to get Idaho's youth excited about careers in science, technology, engineering and math. The free event featured interactive games, competitions, and tutorials on robotics, coding, 3D printing, and more.

"I think that's how kids learn the best-- is their natural curiosity," said Nanette Reimer, mother of child participant.

"Cause like if you're on Mars, and you don't wanna go out, you could just put that outside and drive around and grab stuff," said Marshall Reimer, nine-year-old.

So inspired actually, he made one of his own.

"Take the tape off, move that away, and it can make it drive again," said Marshall Reimer.

Nanette says Marshall has always loved science-- which is why she brought him to this STEM learning event.

In a statement by education officials, 7,000 high-wage STEM jobs went unfulfilled in Idaho in 2017-- a number that was double the year before.

In the meantime, Marshall and his robot have a mission.

"Yeah I'm gonna take it home or probably get it to go up the stairs."

But his next stop? Mars.

Scentsy Con organizers say they hosted 1,000 participants last year, but they expect that number was even higher this year.