Santa visits with deaf and hard of hearing children from Idaho 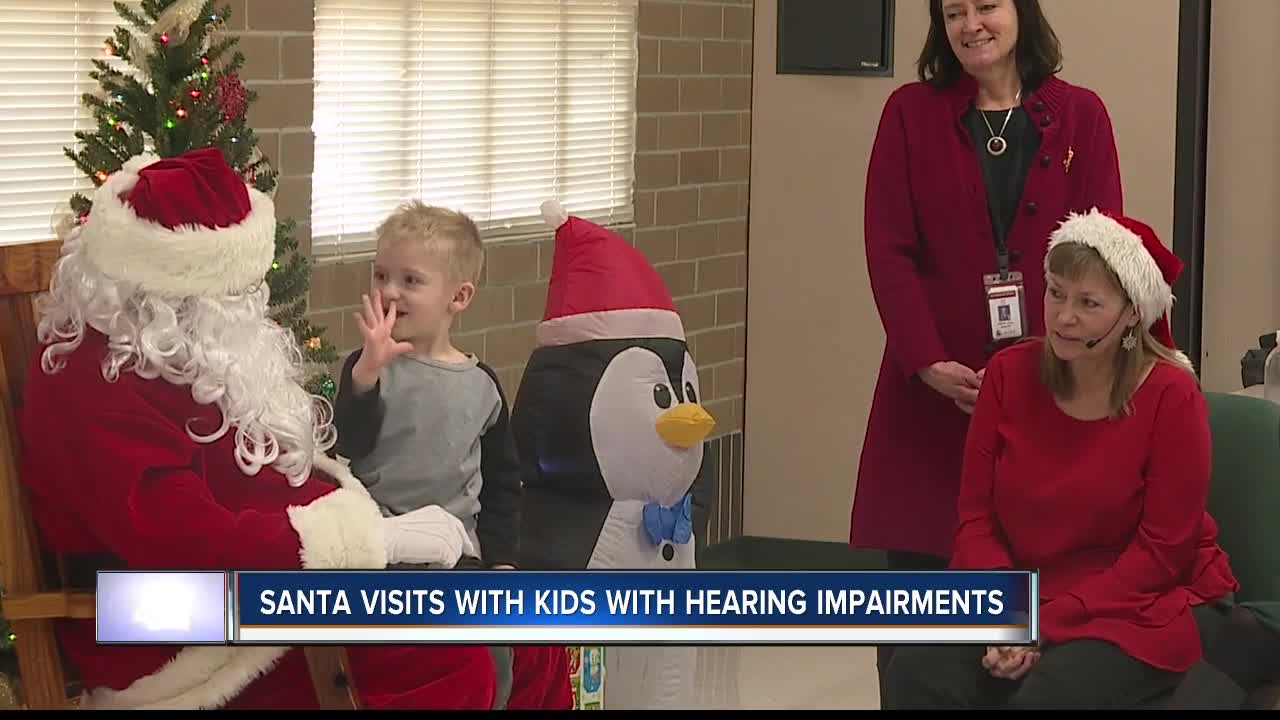 Santa Claus visited with deaf and hard of hearing children and gave them the opportunity to communicate in sign language about what they want for Christmas. "Well tell her why," said his father Byron Jensen, Sr.

Preschooler Jensen had no reservations getting to know his new friend Santa.

"How old are you?" asked Santa,

"Well how old are you, Santa?"

"That was hilarious," said Kathy Crowley, Principal at Ponderosa Elementary School. "You don't normally see that! Most kids are kind of stunned, but no-- they wanted to know how old Santa was."

And it makes sense he would have questions.

"What do you want for christmas?" asked Santa.

This is the first time Jensen's met a Santa he could directly communicate with.

"Mmm... I want a pink animal chair and a monkey chair," said Jensen.

But when Santa-- A.K.A. Sonny Cabbage-- who is also deaf-- was Jensen's age, he says he didn't get the same opportunity.

"Grew up going to Santa, that was hearing, without an interpreter or anything," said Sonny Cabbage, A.K.A. Santa. 'We'd bring a pen and a paper if we'd want to communicate what we wanted for christmas. And, um, ya know, we'd just sit there without any communication with Santa Claus and just give him this piece of paper, ya know?"

This-- he says-- is what motivated him to suit up in red velvet for the more-than 20-year-old tradition, hosted by Idaho Educational Services for the Deaf and Blind at Ponderosa Elementary in Meridian.

"Having a Santa signing with them-- they feel more connected with Santa," said Jensen, Sr.

Staff say about 80 students from I.E.S.D.B and West Ada and Boise School Districts attended this year's event-- more students than they've ever had in years past.

"It's just so inspiring that he can have that strong connection with him -- it's great," said Jensen, Sr.

Jill Muir has been Sonny Claus' interpreter for the last two decades.

"Some of them will just be conversational with him, ya know? Kids have asked him before, so like, 'Hey, where are your reindeer?' Ya know? And he said, one year he said, 'Oh they're up on the roof.'"

And in true Santa spirit-- Sonny Claus says it's all about the kids.

"It's so fun-- It's really the best part of Christmas and seeing all the kids and how excited they are," said 'Sonny Claus.'

Idaho's kids like Byron will be that much more familiar with the man coming down their chimney.

"But you're gonna be sleeping-- how are you gonna see him?" asked Jensen, Sr.

"But if you're awake, then Santa won't come. You have to be asleep, remember?"