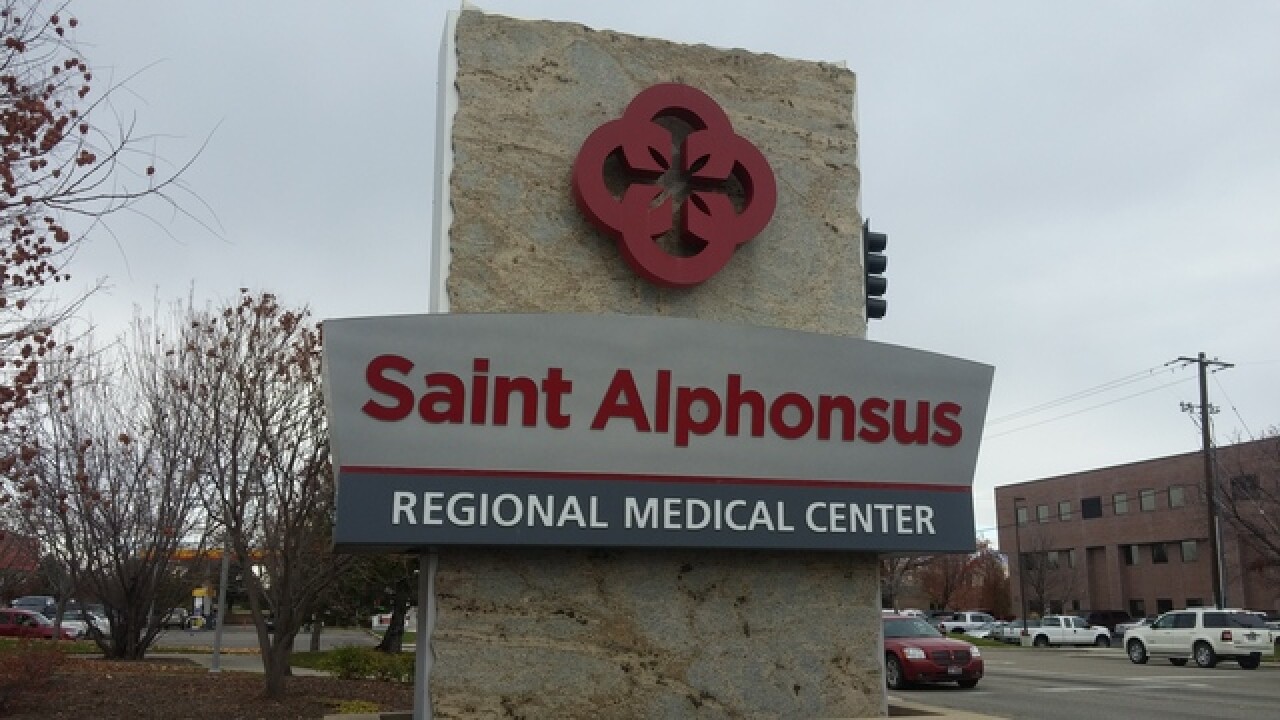 NAMPA — Saint Alphonsus Health System officials Wednesday announced they have reached a decision on its abandon 12th Avenue hospital. “After exhausting all possibilities for donating or selling the hospital building, Saint Alphonsus leadership has decided to demolish the facility and sell the land to repurpose for a future community asset,” said hospital spokesman Mark Snider.

The building has been vacant for nearly two years, since the opening of the Saint Alphonsus Medical Center adjacent to Interstate 84.

“In 1917, the Sisters of Mercy arrived in Nampa to care for the community under the most adverse circumstances. While we look back on the many years serving our patients inside the walls of the 12th Ave. hospital, we pay tribute to the great care received and the wonderful memories there that will never be forgotten,” said Travis Leach, President of the Saint Alphonsus Medical Center in Nampa. "Our presence in Nampa remains strong, with two emergency departments, primary and urgent care clinics, a new state of the art medical center and a much needed advanced cancer care center that will open in the upcoming months.”

Since the new Medical Center opened in the summer of 2017, Saint Alphonsus has held discussions with numerous groups, including the State of Idaho, the Nampa School District, the College of Western Idaho, the City of Nampa and various private companies, seeking to donate or sell the 232,000 square foot building.

“None of the organizations or government entities were able to take on the facility -- and purchase offers were not economically viable to Saint Alphonsus,” Snider explained. “Following considerable discernment over a nearly two-year period, the Nampa Hospital Board and the Saint Alphonsus leadership determined the best course of action to take was to clear the site.”

“We know that the now-vacant hospital building holds special memories for many,” said Lynda Clark, Nampa Community Hospital Board Chair. “It was our hope that the former Mercy Medical Center could find a new life -- but ultimately, no viable plan came forward. After trying for nearly two years to find another use for this building, the time has come to sell the land so a new community asset can take its place.”

The ultimate use for the nearly 19-acre site is subject to approval by the City of Nampa.

Saint Alphonsus says it consulted with Nampa Mayor Debbie Kling and other city leaders as the process to find a use for the vacant building and land continued, and leadership at City Hall is in agreement with Saint Alphonsus’ decision.

“I appreciate the effort Saint Alphonsus went through to try to find a partner in the community to take over the old hospital building,” said Kling. “They had discussions with a wide range of non-profit, governmental and private sector entities to find a use for the building. Since no solution was found, we’re in agreement with their decision, which is the highest and best benefit for the hospital system and the citizens of Nampa.”

Formerly known as Mercy Medical Center, the 114-bed hospital opened in 1968. Trinity Health purchased the hospital in 2010, and it became part of the Saint Alphonsus Health System. Fixtures, equipment and furniture from the old hospital were donated to a number of community and non-profit organizations, including Cascade Medical Center, Hands of Hope Northwest and Habitat for Humanity. Additionally, some equipment and fixtures were moved to the Garrity Road facility, Saint Alphonsus Medical Centers in Ontario and Baker City, Oregon, and other Trinity Health ministries, Snider explained.

Saint Alphonsus is in the process of hiring a contractor for the demolition work and is completing an environmental assessment to prepare the site for sale. Once a contractor is selected, that company will apply to the City of Nampa for the necessary permits to demolish the building and clear the site.

Current Nampa City Council candidate –- an three-time Nampa mayoral candidate –- Melissa Sue Robinson said in an e-mail Wednesday that she would like to see Saint Alphonsus “donate the building rather than tear it down.” She felt the structure could be used as either a Canyon County Jail annex or could be converted into low-cost senior apartments.

However, in a prepared statement, hospital officials emphasized that neither option would be economically viable, given the cost involved in potentially converting the aged building to another use. “We held numerous discussions with the City of Nampa and other companies and organizations, looking for viable options for the building, which was designed as a hospital in the 1960s. The cost to retrofit the structure for other uses that are compatible with city zoning requirements were economically unfeasible.”