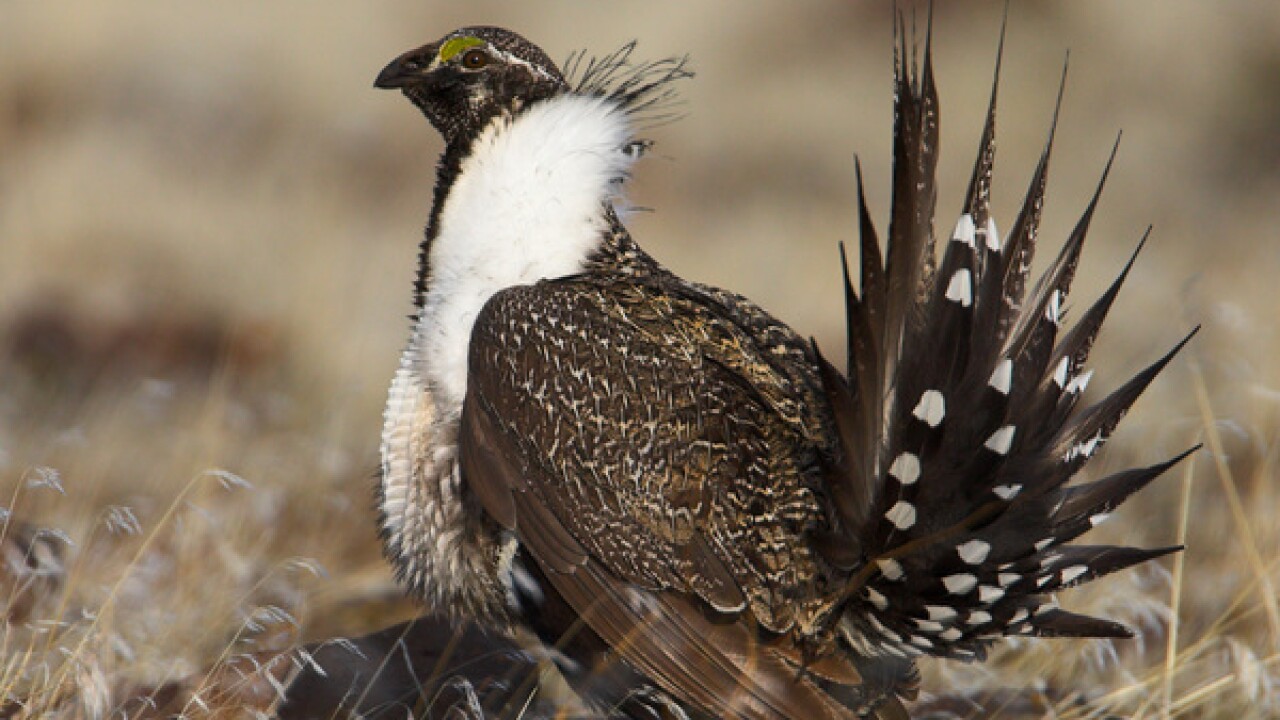 BOISE, Idaho — Idaho's sage grouse population has dropped 52% since the federal government decided not to list the birds as an endangered species in the fall of 2015.

It's not yet clear whether the three-year decline is part of a cyclical pattern or indicative of a more serious issue, but the Idaho Statesman reports the trend could force state and federal wildlife and land managers to take a closer look at how sage grouse are faring in Idaho and other states in the U.S. West.

Idaho Gov. Brad Little said more information is needed before sounding any alarms, and that the Idaho Department of Fish and Game and the governor's Office of Species Conservation are working to gather data.

"I do know that sage grouse populations can fluctuate fairly significantly from year to year for a variety of reasons," Little said. "However, this scenario is exactly why we developed our Idaho sage-grouse plan back in 2012."

Under Idaho's sage grouse management plan, wildlife managers must work to determine the cause of population declines and come up with an appropriate response any time numbers drop below a certain level in any of the state's eight sage grouse management zones. One hard trigger is if the population of male sage grouse declines by 20% in a three-year average, compared to a baseline set in 2011. Currently, Idaho's three-year average is about 27% lower than the baseline.

"This year, our preliminary analysis indicates we will trip hard population triggers in five of the eight areas," Moser said.

The problem isn't exclusive to Idaho. The U.S. Fish and Wildlife Services estimates that there are between 200,000 and 500,000 sage grouse, most of them in Idaho, Nevada, Wyoming, Montana, Oregon, Utah and Colorado. One hundred years ago there were an estimated 16 million sage grouse spread across 16 states.