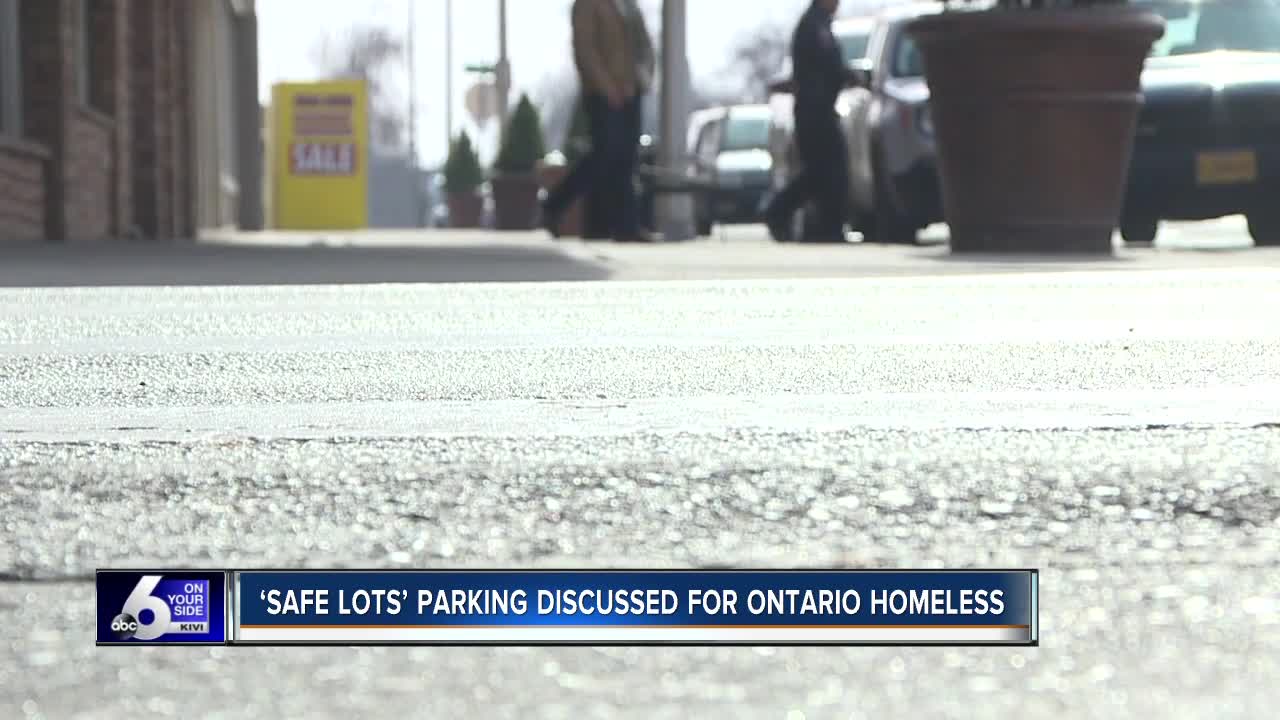 ONTARIO, Ore. — It’s a model pioneered in cities like Santa Barbara, San Diego, and Seattle, and now, a local advocate wants to bring it to Ontario: "safe lots" for homeless folks living in their cars.

With the closest overnight shelter about 40 miles away in Nampa, a group of concerned citizens in Ontario, Ore. say they’re seeing more people sleeping in their cars than ever before.

“I know of at least a couple people who park in places that are really unsafe," said Christopher Plummer, community advocate in Ontario.

Plummer wants to provide some relief for people experiencing homelessness who are living in their cars.

“We do have a fairly low-income community here in Ontario... they can’t find housing cause housing’s so expensive. So they’ll park in a lot, thinking that they’re okay."

But plummer says they are often not okay -- and for a couple reasons.

“They’ll go to work and come back and find that their car’s been ticketed, or worse yet, find out that they’ve been trespassed, and that’s one more space where they’re not safe for the night, ya know? And they just worked an eight hour shift."

That's why Plummer says safe lots should be considered in Ontario.

"Also the police can kind of cruise by and make sure they’re safe."

Safe lots are parking spaces designated for homeless folks living in their cars to park overnight without trouble. He says the spots would be somewhat lit overnight for safety.

”My goal is to start with five or 10, do a pilot program, see how that goes," said Plummer.

When it comes to finding locations for these lots, Plummer hopes to strike a deal with the city, area businesses, or the greater community, but is preparing his rebuttals to any kind of “not-in-my-backyard” mentality he might receive in return.

“There’s a lot of stereotypes that come with homeless people, and unfortunately those stereotypes are not pleasant, and so, we kinda have to break down some of those barriers and kind of get a little pilot program, and see where we go from there," said Plummer.