Results are in, now the Ada County Clerk’s Office is preparing for a runoff election in Boise. 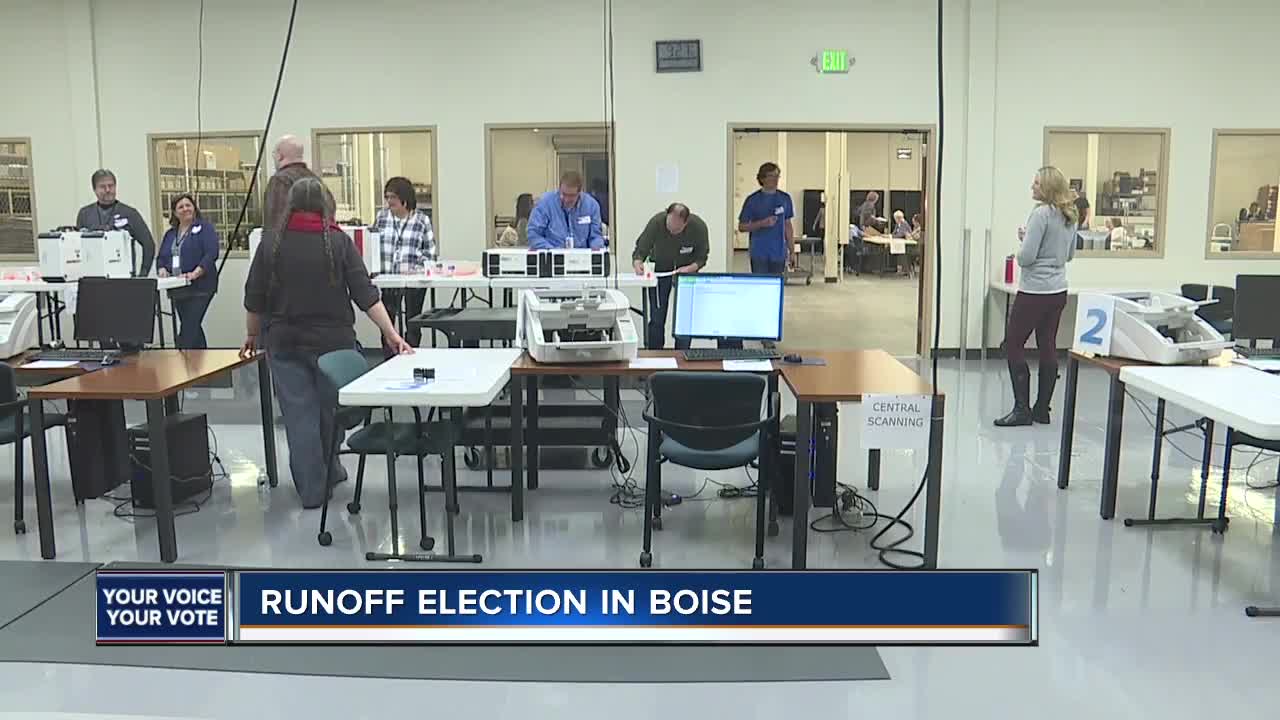 Runoff election to be held for Boise Mayor

BOISE, Idaho — Results are in, and now the Ada County Clerk’s Office is preparing for a runoff election in the City of Boise.

In order to win the mayoral race in Boise, a candidate must receive 50 percent plus one of the votes. Neither incumbent Mayor Bieter nor City Council President Lauren McLean was able to pull that off.

Who will take the office of Boise mayor in January though, still remains in question.

“This is the first mayoral runoff since the city’s had it,” said Phil McGrane, Ada County Clerk.

Because neither candidate received 50 percent plus one of the votes, a runoff election will be held for Boise mayor on December 3rd.

“We’re having to condense about 5 months worth of work into a 30-day window,” said McGrane.

Whoever receives the highest percentage of votes in that runoff will become the next Boise mayor.

According to Boise State Political Scientist Jaclyn Kettler, predictions are that Lauren McLean will win the runoff as well, “Usually the leading candidate, especially when the lead is this large, tends to win the runoff election,” said Kettler.

But don’t count Bieter out yet, nearly 25 percent of the votes are still unaccounted for.

“If they voted for Arnold or Coles out of an interest of change, then Bieter is unlikely to earn their votes,” said Kettler.

With that said, a much smaller voter turnout is expected in the runoff election.

Kettler said runoff turnout can drop to 10 or 15 percent of the electorate.

As compared to November 5th’s 40 percent. But in order to make it easy on voters, absentee ballots will be sent to all who requested them in the original election, and any others who want an absentee ballot can request one.

Early voting will open two weeks ahead of the election at Boise City Hall.

The Ada County Clerk’s Office is printing ballots Thursday, November 7th, and whether you voted in the general election or not, you’ll be able to vote in the runoff.