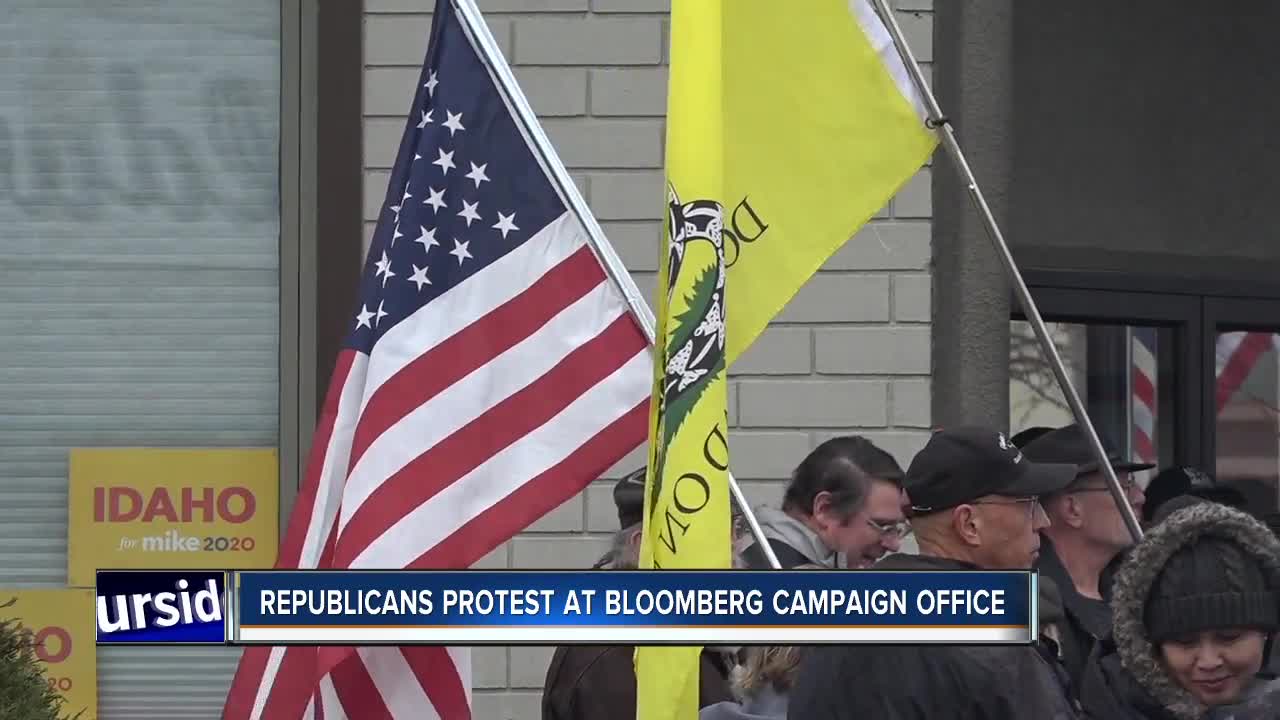 BOISE, Idaho — About a week and a half ago, the Mike Bloomberg campaign opened an office in downtown Boise, and on Saturday, Republicans rallied in front of that office to express their first amendment right to assemble.

But that's not the only message they hoped to send to Bloomberg: the main focus of the rally was showing support for gun ownership and the second amendment.

Bloomberg had previously called for a ban on all assault weapons in December.

"This is our constitution, that is my weapon, this is my wife standing behind me with the American flag, and we are here to tell Mike Bloomberg that he's not going to take any of these things away from us," said Russ Smerz, a demonstrator at the rally.

The signs at the demonstration also showed support for President Trump.

Another demonstrator told 6 On Your Side he's against progressive values coming into Idaho.

The Bloomberg 2020 campaign issued a statement in regards to the protest:

"We respect their right to exercise their first amendment rights and protest; that's how democracy works. We're sorry we missed them, but we were busy talking to voters for Mike about issues that are most important to Idahoans so they are ready to vote for him on March 10."

As we previously reported, Bloomberg's campaign is not shying away from spending dollars to secure Gem State voters, with Idaho-specific TV ads, and the several Idahoans he's now hired as staffers with high-paying salaries.

6 On Your Side spoke to his long-time partner Diana Taylor last week on why he's decided to pour these resources into Idaho.

"The primary in Idaho is just a few days after Super Tuesday, so it's a big part of the big bulk of when the delegates get picked," said Taylor.

Taylor was in town to help cut the ribbon on the office.

Voters will hit the polls in Idaho for the democratic primary on Tuesday, March 10. Taylor says if Bloomberg is not elected as the official nominee, he will continue to pay his staffers to support the democratic nominee through the November election.