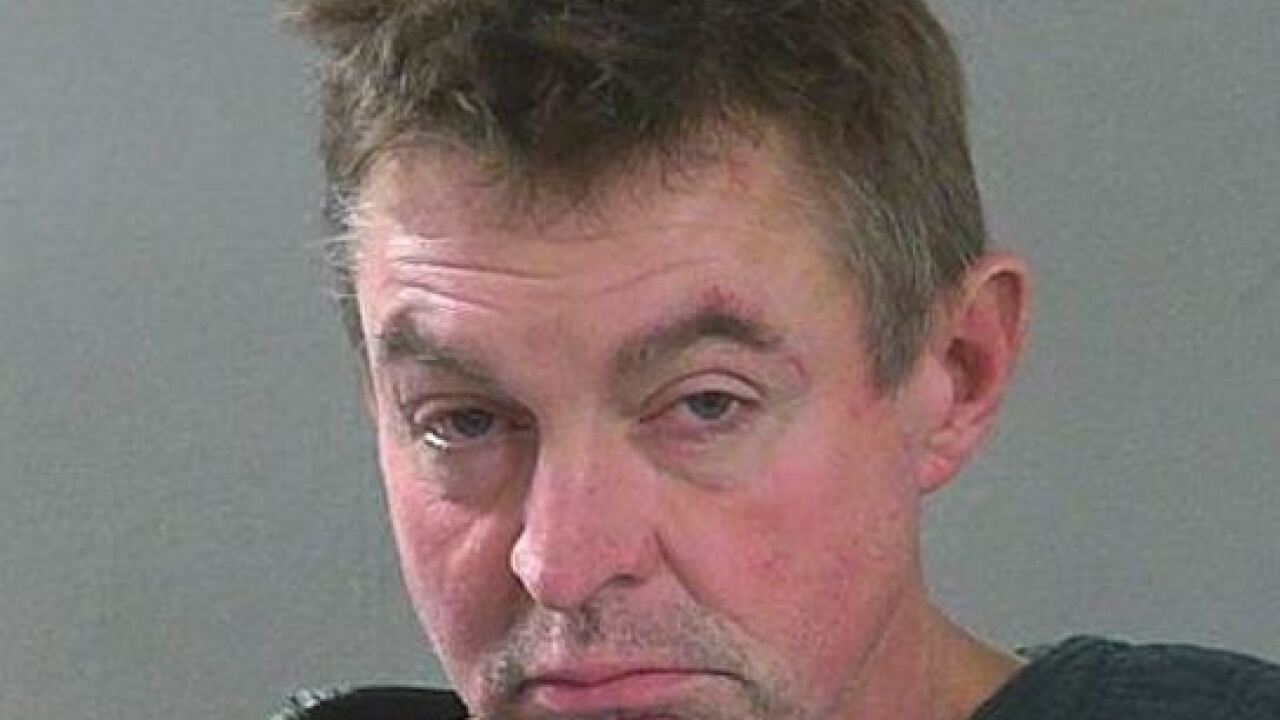 A Payette man is in the Canyon County Jail facing a number of felonies charged in connection with an hours-long standoff west of Caldwell Wednesday.

About 8:30 a.m., Canyon County Sheriff’s Office deputies were responded to a report of a man with a gun at the Forterra Structural Precast on the 20000 block of Simplot Blvd, west of Caldwell.

The subject, later identified as Jens Randall Davis, 57, of Payette, was reported by co-workers to be in possession of a pistol and acting strangely.

“Other workers had evacuated the building upon arrival of law enforcement.  During the initial contact, deputies attempted unsuccessfully to take Davis into custody. A Taser was deployed but was ineffective,” said Canyon County spokesman Joe Decker.

“Davis retreated into a building on the property and barricaded himself, requesting officers to shoot him and stating that he wanted to harm himself. The Canyon County Sheriff’s SWAT and Negotiation Teams deployed to the scene approximately one hour into the incident. Negotiators attempted to communicate with the Davis, with little to no success,” Decker said.

“Shortly before 2:00 p.m., deputies deployed pepper gas into the building in an attempt to get Davis to surrender, at which time Davis began to shoot through the closed door and wall of the building,” Decker stated. “Davis then exited the building for a short period but did not cooperate with verbal commands and then retreated back into the building.”

The Caldwell Police Tactical team was then requested to assist with their armored vehicle and additional personnel.

“At about 4:15 p.m., team members were able to breach doors of the building. Davis exited at one point, with a pistol in his hand, but refused to follow any commands given by law enforcement to surrender.  He then retreated farther into the building,” Decker said. “Additional gas was deployed, while negotiators continued to communicate with Davis. His response to negotiators included statements that officers needed to shoot him.”

Shortly after 5:00 p.m., Davis was struck with less-lethal impact rounds, but reports said he would not drop the pistol -- and continued to pose a threat to officers.

Approximately 45 minutes later, Decker said, Davis dropped the pistol, and SWAT members were able to physically take him into custody. He reportedly continued to fight with officers as he was being arrested.

Davis was treated for injuries at a local hospital, then was booked into the Canyon County Jail.

Davis has been charged with being a felon in possession of a firearm, grand theft by possession, and aggravated assault on law enforcement personnel.

Decker said the handgun had been reported stolen out of Nyssa, Oregon.

“During the incident, Davis fired approximately ten shots, including the shots through the walls and doors at SWAT team members,” Decker pointed out.

No injuries were reported.

“The initial actions by the workers at the company to move away from the threat was exactly what law enforcement could hope for,” said Sheriff Kieran Donahue.  “Their actions eliminated the possibility of a hostage situation and allowed officers to focus on ending the situation as peacefully as possible.”