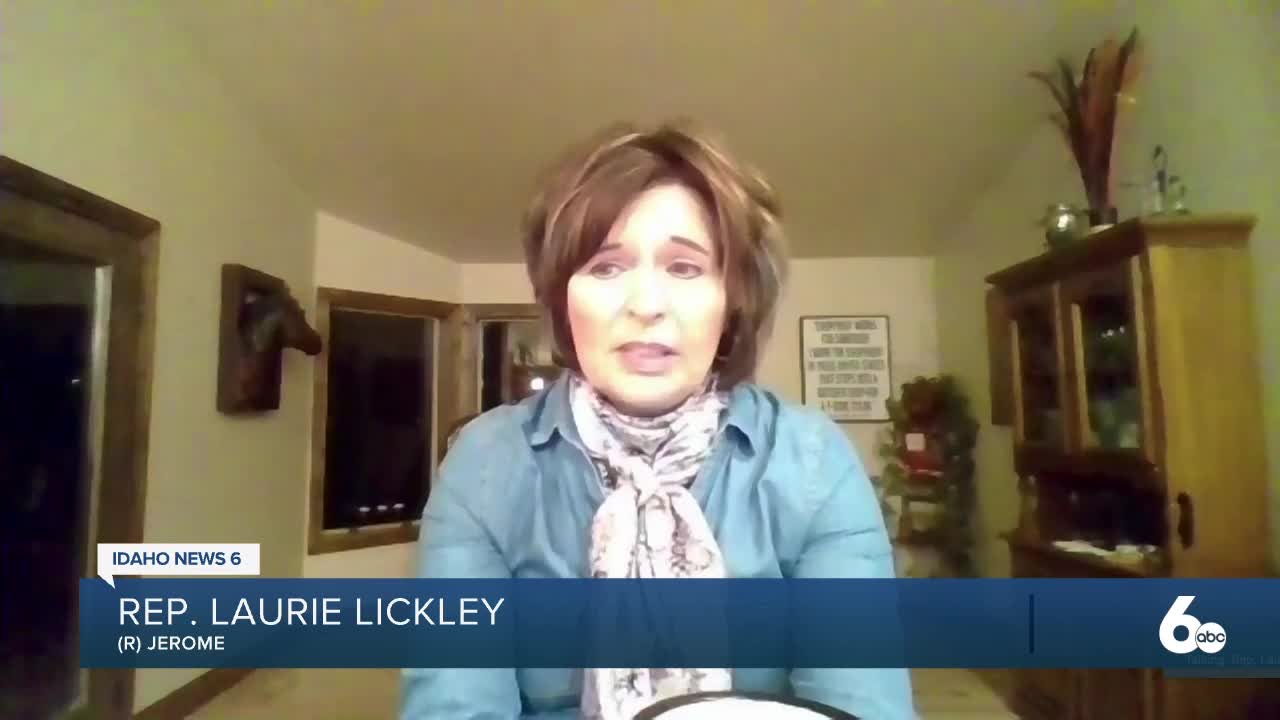 JEROME, Idaho — With COVID-19 cases spiking in Idaho once again, health professionals are asking everyone to take precautions to stop the spread. Now, one Magic Valley lawmaker is joining the call.

"We need to own this, and we need to own this now. We cannot wait for you or your loved ones to have something serious happen to them, need immediate care, and not get it," Lickley says in the video. "I believe in your freedoms and liberties guaranteed by the Constitution and Bill of Rights. With that freedom and liberties come personal responsibilities, a responsibility to protect the health and safety of our neighbors, our loved ones, our friends, and our communities."

Lickley spoke with Idaho News 6 Friday morning, sharing that her family took the threat of the virus seriously from the start. Her son tested positive for COVID in March, undergoing a months-long recovery.

"When our son tested positive, we all quarantined, really trying to understand what it was and how it affected everybody. It took him almost five months to fully recover, and we're making an assumption that he is fully recovered. We don't know whether there will be any long-term implications."

Although she took coronavirus seriously in the beginning, Lickley believes many people, herself included, may have become complacent over the summer months as "COVID fatigue" started to creep in.

"We really thought with the warmer temperatures, being outside, that we would see a decrease in cases, and that simply is not the case," she explains.

Lickley says she was moved to act after working closely with local health professionals over the last few months, including a one-on-one conversation with Dr. Joshua Kern, Vice President of Medical Affairs for St. Luke's Magic Valley, earlier this week.

"We recognized that we reached a critical component or critical stage and somebody needed to step up from the elected community, and I knew it was my time to do that."

As 2020 is an election year, Lickley says one of the issues early on and now is that COVID has become a partisan issue when it should not be.

"Many on my side of the aisle, which is the Republican Party, haven't taken it as seriously as maybe they should, and I'm stepping up to be an example to others; that it is a virus, we need to take some personal responsibility, recognize that your freedoms and your liberties are protected by the Constitution, but so are your neighbors and your loved ones and our community members."

Lickley says she doesn't and won't support a face mask mandate in the area, placing it solely on personal responsibility.

"Please just step up and do the right thing. Mask up. Take it seriously, and I think others will follow our example."

Lickley is running unopposed to keep her seat in the Idaho House. Outside of the campaign, she tells Idaho News 6 she will continue to be an advocate for families and take the right position, even if some consider it wrong.