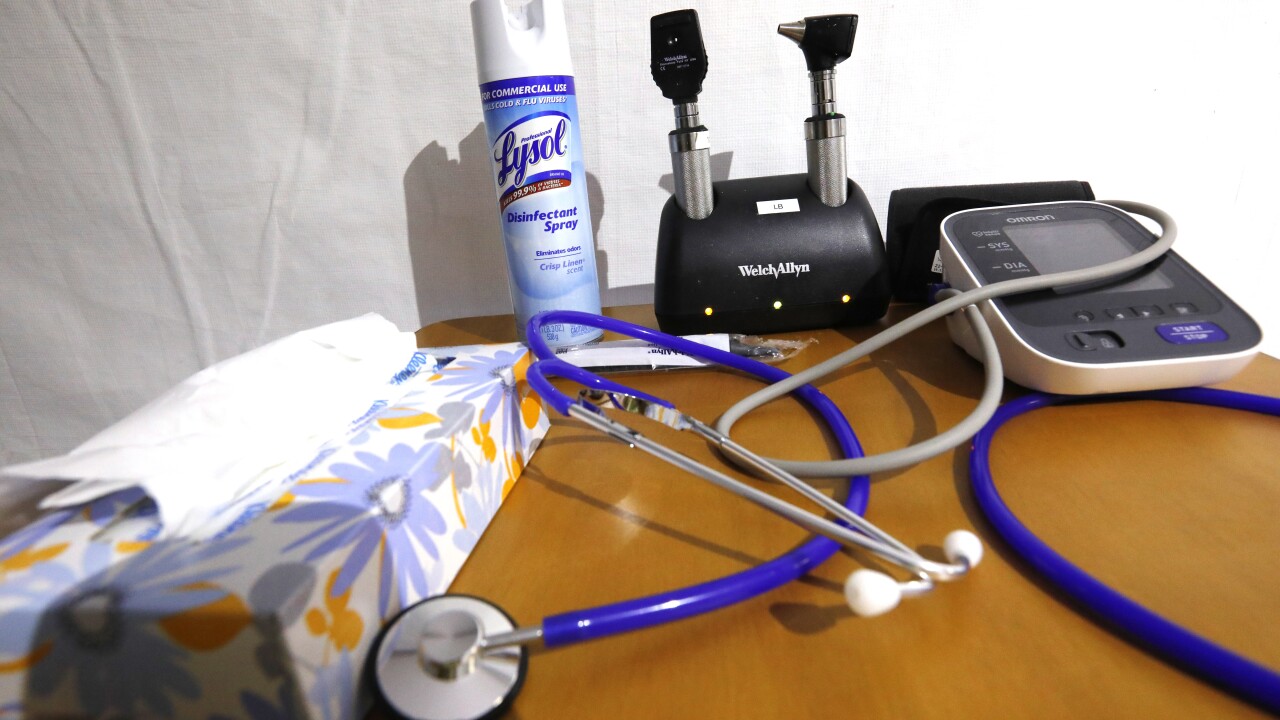 Copyright 2020. The Associated Press. All rights reserved
Rogelio V. Solis/AP
A can of disinfectant spray has a prominent place on the same table as stethoscopes and blood pressure monitors on a rolling rolling table near a number of bays that are spaced out and separated from the others in the basement of a parking structure on the campus of the University of Mississippi Medical Center in Jackson, Miss., Wednesday, April 8, 2020. The mobile field clinic was built in anticipation of more coronavirus cases. (AP Photo/Rogelio V. Solis)

There has been a 90 percent increase in the number of COVID-19 cases among children in the United States in the last several weeks, according to data released by the American Academy of Pediatrics and the Children's Hospital Association. As many are going back to school, the new numbers are giving some parents pause.

"We've had 90 deaths in children in the United States already, in just a few months," said Dr. Sean O'Leary, Vice-Chair of the American Academy of Pediatrics Committee on Infectious Diseases.

Dr. O'Leary says the increase in COVID-19 cases among children reflects what is happening across the country with more infections in general. He says part of it is that more children are being tested now.

"I also think there's probably some element of more children are actually getting infected than they were before with increased activity, etc," he says.

The American Academy of Pediatrics says at this time, it appears that severe illness due to COVID-19 is rare among children. Dr. O'Leary says it is still important to take the virus seriously.

Symptoms of the novel coronavirus are the same in kids as they are in everyone else, cough, shortness of breath and fever, to name a few. But pediatricians say other key signs also include any difficulty in breathing, a rash, especially one that spreads quickly, a lack of energy and problems keeping a child awake. Doctors say no worry is too small to reach out to your pediatrician.

The American Academy of Pediatrics says that while children represented only about nine percent of all cases in states reporting cases by age, over 380,000 children have tested positive for COVID-19 since the onset of the pandemic.