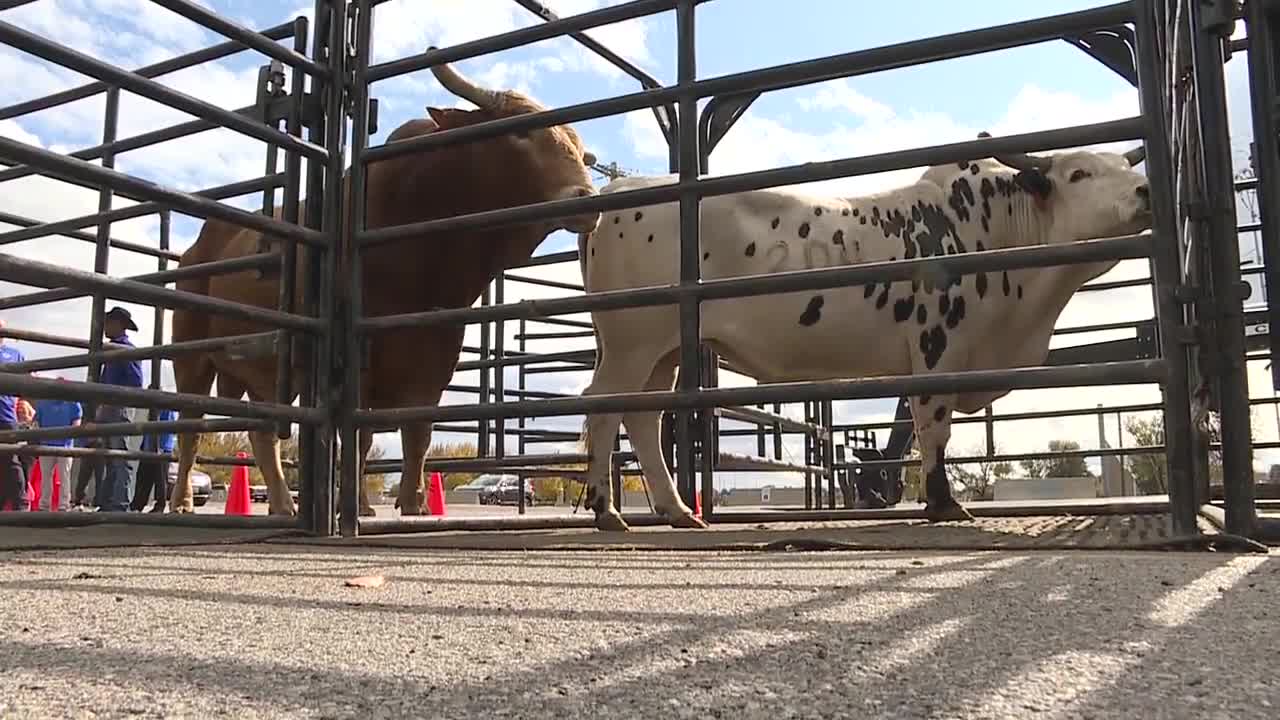 The Professional Bull Riders Association showcased one of their prize bulls while weighing both the bull and the Boise State baseball team at Memorial Stadium.

BOISE, Idaho — The Professional Bull Riders Association showcased one of their prize bulls while weighing both the bull and the Boise State baseball team at Memorial Stadium.

Several coaches and players combined to weigh 2070 pounds while one bull named Beau almost weighed a ton at 1870 pounds.

It was all part of a demonstration to showcase the bull and help people better understand the sport of bull riding.

Ezekiel Mitchell is ranked 13th in the world on the pro tour and has a good chance of being named the PBR rookie of the year.

"It’s unlike anything else in the world, it’s eight seconds of pure adrenaline and bliss for me," said Mitchell. "These animals are dangerous and you know they can possibly kill you even though they don’t mean to hurt you, but you can’t have fear more so you just have respect for these beautiful animals.”

The PBR will be at the Ford Idaho Center for the unleash the beast event this weekend, the show starts Friday night at 7:45 and at 6:45 on Saturday.

This is another example of a big time rodeo event for Canyon County who also features the Snake River Stampede and the Caldwell Night Rodeo.

“The guys are the best riders in the world," said Canyon County Sheriff Kieran Donahue. "There are a few guys who are on the bubble and they got to ride great this weekend to stay in the standings and then you got those top guys who are vying for that world title, so it is for all the marbles and is really going to be exciting.”