IDOC plans to provide inmates with the suicide prevention hotline as a resource, according to a spokesperson. 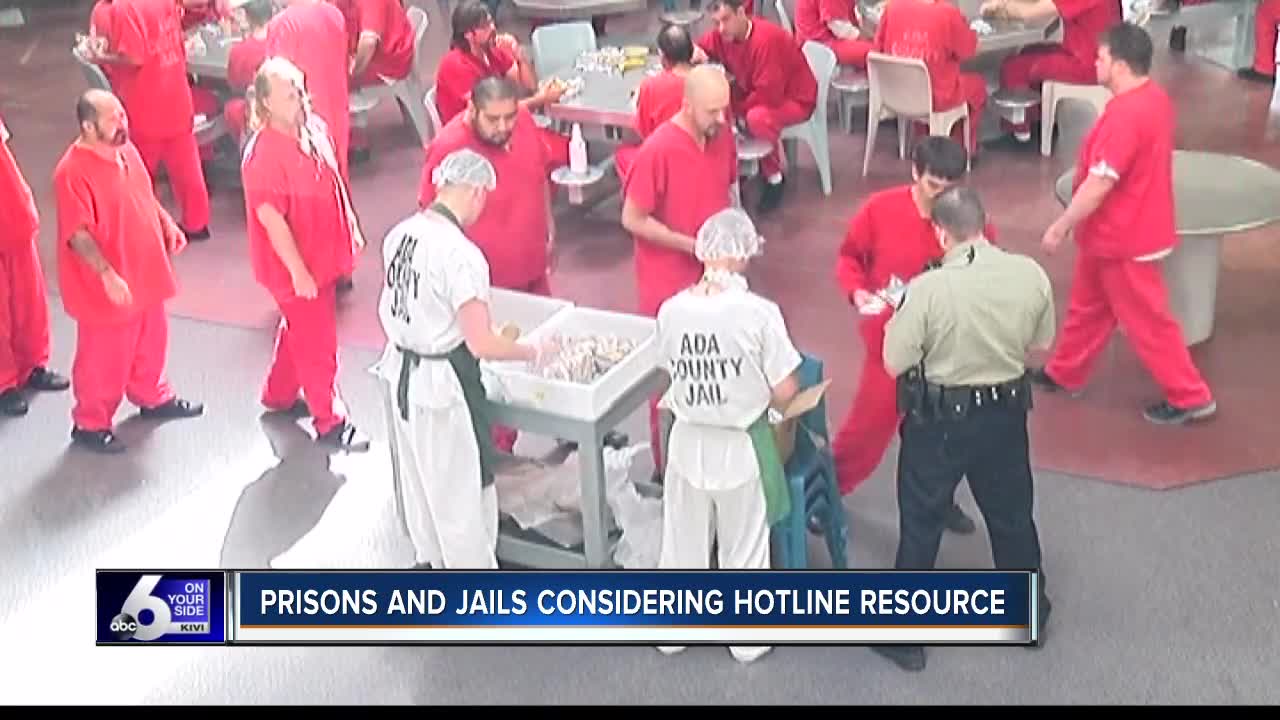 A couple weeks ago, I reached out to IDOC for an interview, but they were not ready to talk on camera. Since then, Reusser says IDOC's Deputy Chief of the Division of Prisons, Ashley Dowell, called him with interest in implementing a similar partnership. Now, we're seeing the beginnings of mental health reform.

The Idaho Department of Correction has been busy investigating two separate suicides that happened under their roof last month.

"Being incarcerated is sort of a textbook crisis."

Meanwhile, Ada County Jail just completed its first year with a new mental health resource integrated. Call it a coincidence-- call it what you want-- but since the Idaho Suicide Prevention Hotline began its partnership with Ada County Jail about a year ago, Reusser says, "They've not had a completed suicide in the Ada County Jail."

"I'm just really happy to say we've received almost a call a day from folks in the jail."

Together they've publicized the hotline number and made it free for inmates to call.

"Prior to that partnership, they would have had to pay money to access the suicide prevention hotline from inside the Ada County Jail."

And even created unique stickers for the jail's walls and phonebooths -- so inmates can get the help they need at their convenience.

"If they request a visit from a jail social worker, that may not be able to occur within an hour or when they need it right away."

This-- in a shared effort for a common cause.

"Everybody deserves that support no matter why they're in jail."

Reusser says county jail inmates are using the hotline for the right reasons and considers the partnership a success. So why hasn't Idaho Department of Correction (IDOC) followed suit?

"We had brought this up with IDOC a year and a half, or two years ago-- and my recollection is they were concerned about liability issues," said Reusser.

A couple weeks ago, I reached out to IDOC for an interview, but they were not ready to talk on camera. Since then, Reusser says IDOC's Deputy Chief of the Division of Prisons, Ashley Dowell, called him with interest in implementing a similar partnership. Now, we're seeing the beginnings of mental health reform.

An IDOC spokesperson now tells us, "We look forward to developing a partnership with the Idaho Suicide Prevention Hotline. We believe the hotline will be a valuable resource as we work to keep inmates safe in our facilities."

"We're in talks with Canyon County Jail to implement a similar program in their facility."

We'll keep you updated on the progress of this initiative in local detention facilities.