New bill would raise threshold for initiatives to get on ballot 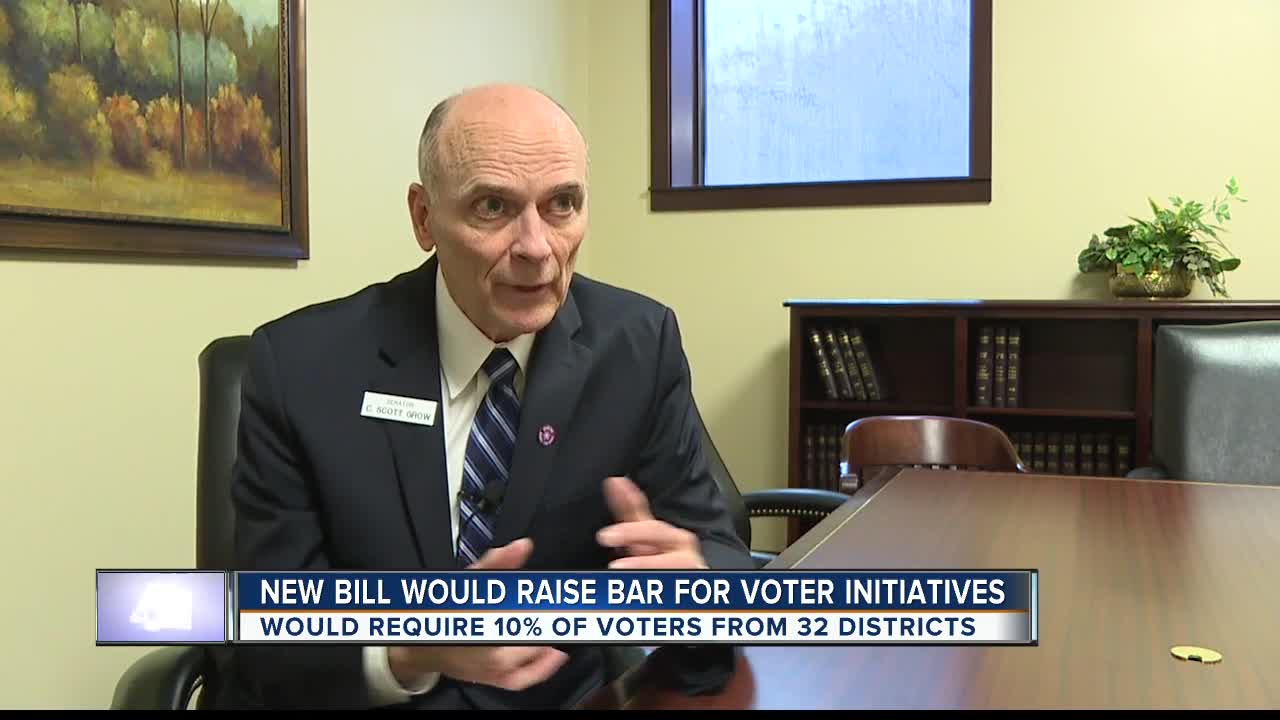 A new bill introduced Monday would require Idahoans to secure signatures from 10 percent of registered voters in 32 of Idaho's 35 legislative districts.

BOISE, Idaho — A new bill introduced Monday would raise the threshold for any group of Idahoans looking to get an item on the ballot.

As it stands now, initiatives must receive signatures from at least six percent of all registered voters in 18 out of 35 Idaho districts. Now, freshman Senator C. Scott Grow wants to heighten those requirements significantly.

"Proponents of initiative referendums will be required to secure signatures from 10 percent of registered voters in 32 of Idaho's 35 legislative districts," said Grow. "We've got to at least reach out past this metropolitan basis," said Rep. C. Scott Grow, (R) Eagle.

The bill would also cut back on the amount of time a group would have to collect those signatures from 18 months to six months.

"This will require folks to really make sure this a grassroots effort and that all of Idaho is interested in this and not just a particular segment of the state," said Grow.

Sandmire says her group would not have been able to get medicaid expansion on the ballot if the terms of this new bill had been the laws of the land.

"It would be virtually impossible to get to all the doors that we needed to get to," said Sandmire. She added, "Grow is mischaracterizing his bill as something that would improve democracy. It would sabotage democracy," said Sandmire.

Grow, however, says getting an item on the ballot would not be any harder-- as long as the will of the people is there.

"I think it will increase involvement of voters-- it just depends. If it's a bill that really has the opinion of the people-- that they want to do it-- I don't think it's gonna be more difficult, it just means it involves rural Idaho as well as metropolitan Idaho," said Grow.

Grow says the measure will now be printed, and will be on the Senate floor in a few days. He says the bill is focused on "looking forward... to understand voters' priorities."

Sandmire says she believes the catalyst for this bill was the recent success of medicaid expansion.