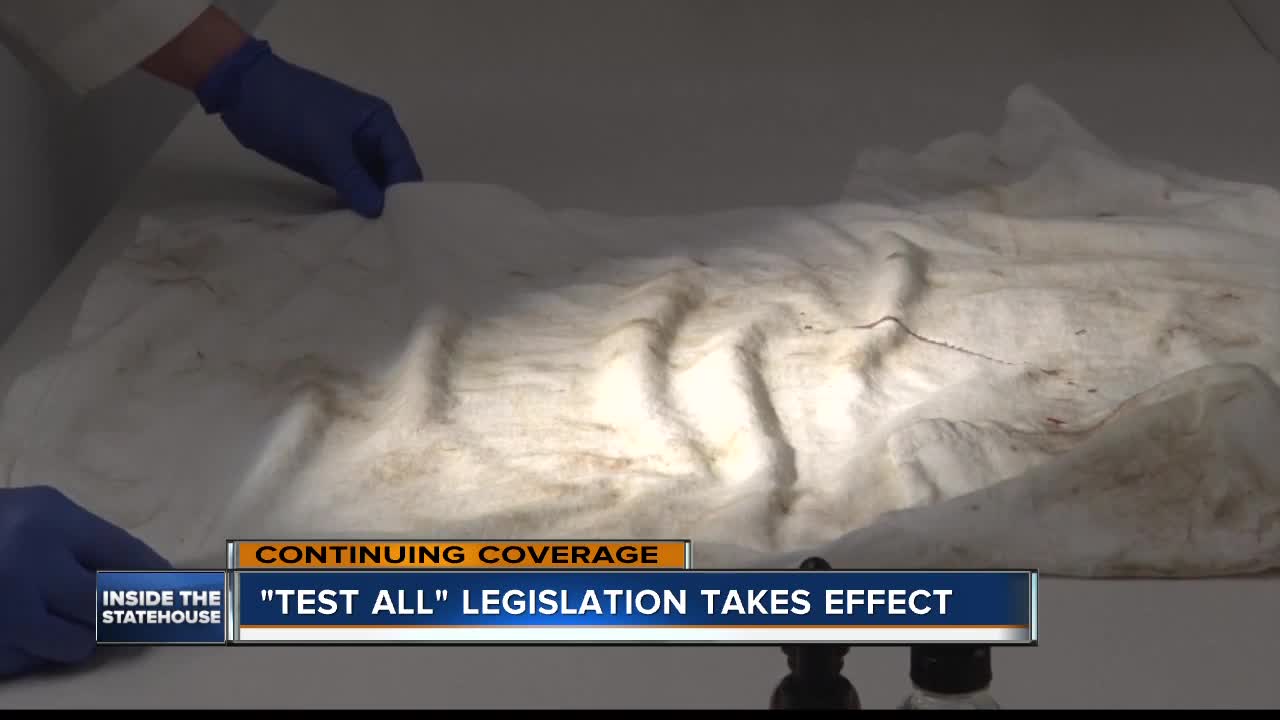 Up until July 1st, anonymous kits were not processed right away, but were preserved for at least ten years in case a survivor decided to come forward. As of Monday, July 1, 2019, that all changed; but it does still leave important decisions in the hands of the survivor.

"If a victim, though, doesn't want anything to happen, they can say, you know look, I just want to be anonymous, I don't want my name on it, and we'll still hold that evidence," said Rep. Melissa Wintrow, (D) Boise.

That is an important step in an intimidating process, giving a survivor of sexual assault back some of the power taken from them at the time of their assault.

"There is always the option for the victim to not participate in the prosecution process, so they can terminate the case at any point," said Matthew Gamette, Laboratory System Director for Idaho State Police.

This way, though, they also prevent perpetrators from staying on the streets and causing danger for others.

"The goal is to see if there is a hit in the national database. Most of the people that are committing these crimes do it more than once," said Wintrow.

It's a bit different than Idaho's previous law regarding sexual assault kits that was put in place in 2016. That law stated all kits would be tested unless a crime was determined not to have been committed or the victim said they didn't want it processed.

"What we found was that there was a little confusion where the victim chooses not to process and we believe what they were thinking was 'I don't want to go forward with prosecution,' versus put the kit into evidence," said Wintrow.

Now all kits will be tested and DNA will be entered into the national database, with only the slightest exception for an alleged perpetrator.

"There's a very small percentage of cases that are truly unfounded where they have video evidence or something of that nature, where the individuals just weren't in the state, they weren't in the area," said Gamette.

Idaho State Police believe this new law will bring in about 100 more kits to be tested each year.

There are currently 321 sexual assault kits that have been sitting on Idaho State Police shelves for over 90 days, but ISP said those will be processed with time.

A resource available to survivors of sexual assault that Idaho happens to be leading the way in, is their online tracking system, allowing survivors to track the status of their kit every step of the way.