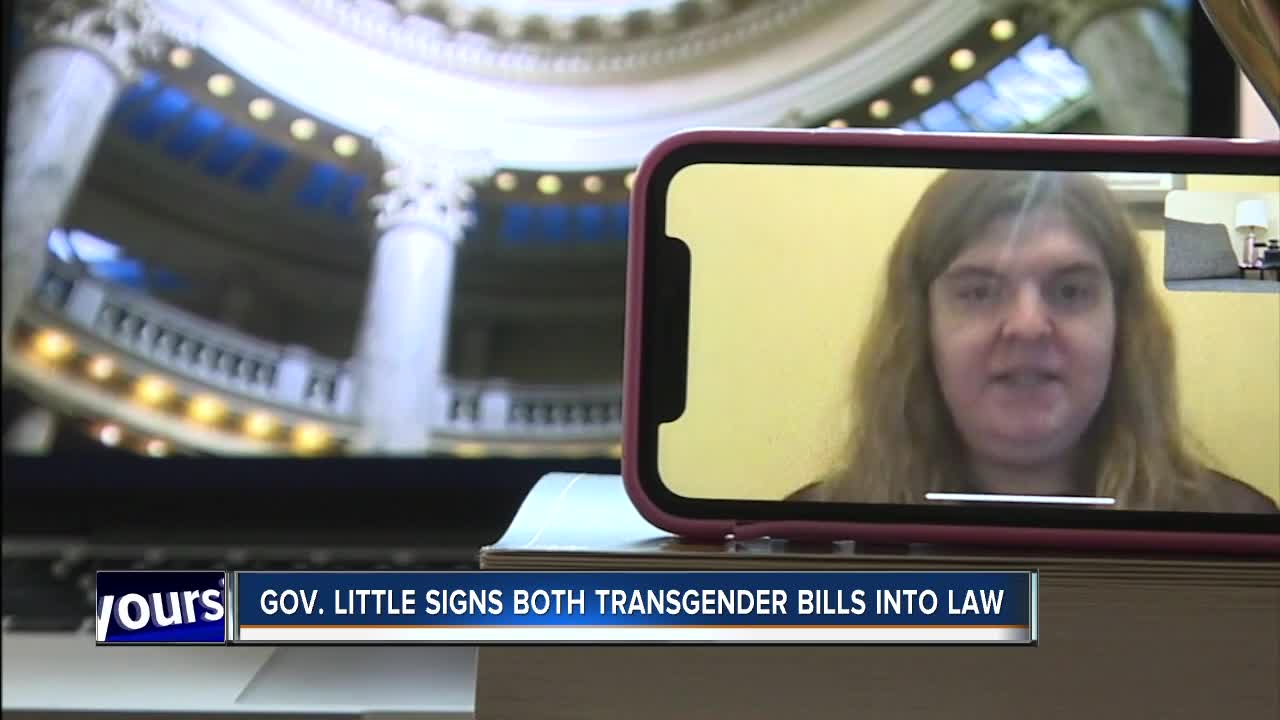 In a move sparking controversy across the country, Idaho Governor Brad little has signed into law two bills targeting transgender people in Idaho.

“It doesn’t seem like there’s any reason to be doing this, they’re pretty discriminatory," said Catherine Floate, a transgender woman living in Boise.

On Monday, Governor Little signed House Bills 500 and 509, making it so, for one, trans girls and women are now banned from being able to play on college or high school women’s sports teams.

The bill's sponsor, Idaho Falls Rep. Barbara Ehardt (R), said it will protect opportunities for girls and women in sports, calling it "fair."

“It really just kind of builds up that message of the belief that we don’t matter to other folks, or that we aren’t welcome, and it’s just taking that same message and just saying it, now, in sports — rather than bathrooms or identity documents," said Floate.

House Bill 509 becoming law means trans Idahoans will be unable to try to change the gender marker on their birth certificate, causing a barrage of issues for people who identify and present as another gender.

“Issues when people try to go apply for a job or get a driver's license, or ya know, if you just have your ID and you’re trying to get into a bar. You’re using your ID to get onto a plane, right? It creates issues," said Floate.

The birth certificate legislation goes against a federal court ruling that says it’s unconstitutional for states to prohibit people from applying to change the gender marker on their birth certificate.

The Family Policy Alliance of Idaho commends Little for this signing H.B. 509, writing that "it ensures the medical accuracy of state records and vital statistics."

Regarding H.B. 500, the sports ban bill, the Family Policy Alliance of Idaho said it will "[protect] athletic opportunities for girls."

The Idaho attorney general's office said it could cost state taxpayers $1 million if the state had to defend the birth certificate ban and lost.

Floate says she feels there are bigger fish to fry right now.

“Especially now with this COVID crisis going on.”

The governor’s office was unable to be reached for comment.