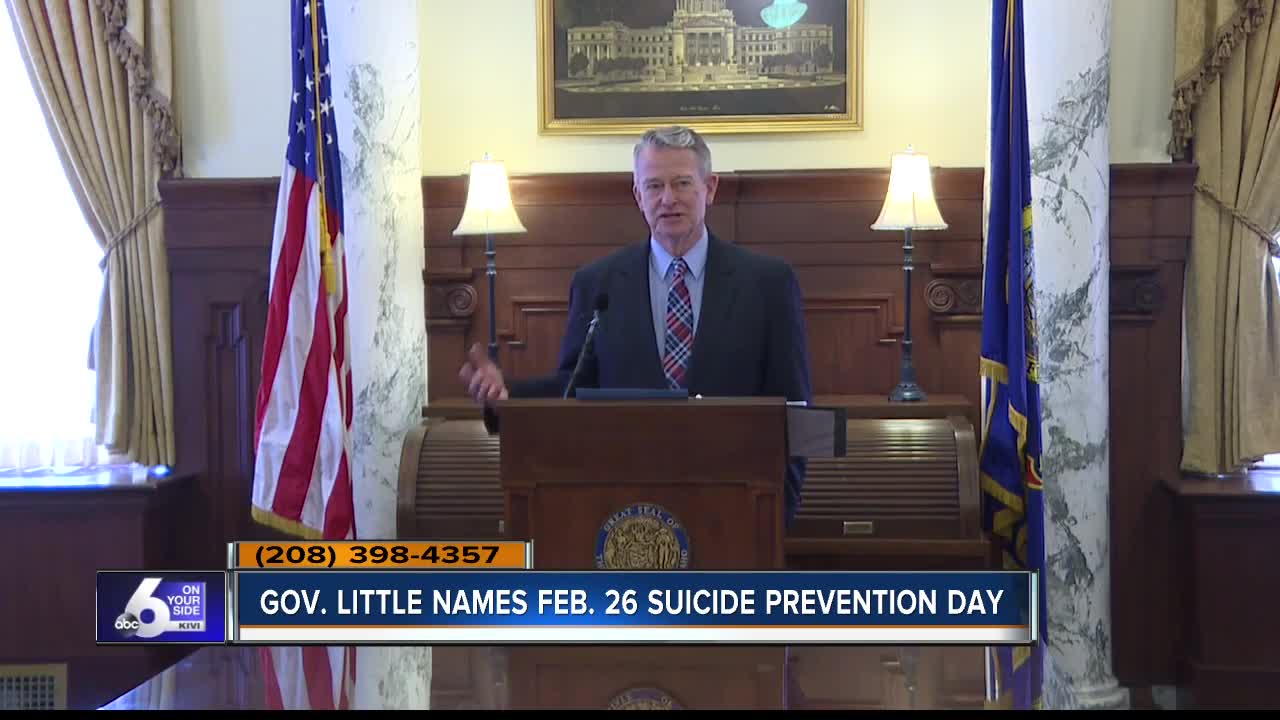 On the first official Suicide Prevention Day as designated by Governor Little, an Idaho woman whose daughter took her own life helped present a $25,000 check to Idaho State Department of Education on behalf of the Suicide Prevention Action Network of Idaho.

BOISE, Idaho — Suicide prevention agencies, advocates, and families of Idahoans who have died by suicide came together at the Capitol Tuesday to see Governor Brad Little proclaim February 26 as "Suicide Prevention Day" in Idaho.

I introduced myself to various attendees at the gathering, and in the very moment I said, 'Hello my name is Madeline,' to Carmen Stanger-Barney, I immediately noticed a flicker of emotion in her eyes. She showed me her locket around her neck that she said contains her daughter's ashes.

"She played the electric guitar. She was an artist. She got good grades," said Stanger-Barnye, Public Policy Chairwoman, American Foundation for Suicide Prevention.

Her daughter took her own life when she was only a sophomore in high school. Her name? Also Maddie (but her full name is spelled Madelon).

"How cool is that? It's so exciting," she said in response to the coincidence.

"More schools trained and actively implementing the program, the healthier and the more successful our communities will become," said Stanger-Barney.

Governor Little said he will work to see that more counselors are in Idaho schools--especially larger school districts.

"What you don't want is some student falling through the cracks that all of a sudden has a significant change in their attitude or behavior," said Little.

Early intervention, he said, is key.

"As we address those issues earlier, a lot of these problems later don't manifest themselves, and that's gonna be a big priority for us going forward."

Going forward is also a big priority for Carmen Stanger-Barney, who now turns her pain into action.

"She guides and directs my heart in everything I do," said Stanger-Barney.

In 2017, Idaho experienced 6,400 suicide attempts, according to a statement by Governor Little. He added that more than 90 percent of the people who died by suicide had a diagnosable and treatable health condition.

"It's okay to reach out. It's okay to ask someone if they're contemplating suicide," said Stanger-Barney.

But it's not just within schools that Governor Little hopes to see change happen. He also mentioned his intention to sign Medicaid expansion into law as soon as he can, so that insurance is not a problem for folks in the so-called "healthcare gap."

He also said events like Tuesday's are significant for spreading awareness and fighting the stigma associated with suicide and depression.