How Governor Little plans to pay for Medicaid Expansion 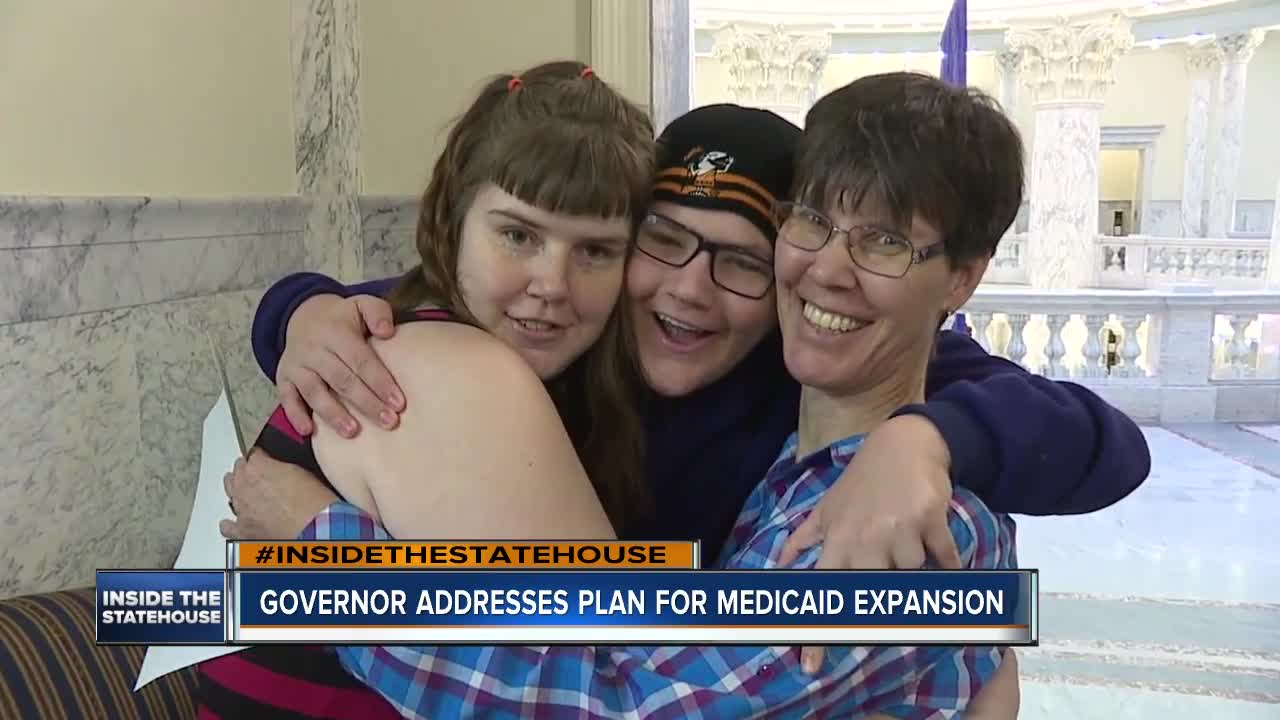 In Monday's State of the State Address, Governor Little provided some details as to how Medicaid Expansion will be funded stateside.

BOISE, Idaho — When the Republican-dominated Idaho legislature wouldn't expand Medicaid, the voters overruled them at the polls. Now, despite some lawmakers' attempts to limit the scope of expansion, Governor Little is providing some details as to how Medicaid Expansion will be funded.

The Gem State will receive $400 million in federal funds to help pay for expanded Medicaid, and as expected, state taxpayers will pay a share of roughly $41 million. In his address, he said $12.5 million would come from the Millennium Fund, which was originally dedicated to preventing underage tobacco use, and $8.5 million from Idaho countys' Indigent Fund savings -- dedicated to covering Idahoans in need who can't pay their medical bills. The rest, he said, will come from a mix of other savings.

"My budget implements a full year of Medicaid Expansion, with a net zero impact on the general fund," said Little. "We've identified offsets in the budget in the Idaho Department of Health and Welfare, the Department of Correction, the courts, the Catastrophic Healthcare Fund."

He did not, however, say specifically how counties would be assessed for the cost. Still, one advocate who led a celebration for Medicaid Expansion on Monday said she's pleased with the Governor's approval of medicaid expansion on his budget.

Perhaps even more directly affected by this news is 49-year-old Anita Sackuvich -- a single mother of two disabled children in Boise. She said she's spent the past six years without insurance in her $13 dollar-per-hour job at a senior care facility. Sackuvich had to have an emergency hysterectomy after sudden and severe bleeding one night.

"I was really super scared of not being around for my children and to help others," said Sackuvich.

She said it left her with more than $19,000 in medical debt. But without that surgery, she said, "I would have died."

So while she still has a long string of debt to pay off, Sackuvich is one of the 53,000 Idahoans who signed up for Medicaid now that it's expanded.

"The feeling of -- it was done, and I know that I'm gonna have coverage -- was the best," said Sackuvich. "It's going to allow me to be here even longer, to care for those that I love."

As it stands now, it's estimated that 91,000 people are newly eligible for Medicaid. But it's still not a guarantee that all of those people will get to keep that benefit, though -- since some lawmakers want to lessen the scope for medicaid eligibility. There was recently a handful of waivers introduced by the legislature , including adding work requirements, limiting availability for family planning, and letting people who might receive coverage elsewhere opt out for a tax credit instead.

Keep in mind: if you're eligible right now to get benefits from Medicaid Expansion, the Department of Health and Welfare is currently accepting applications and will be throughout the year.