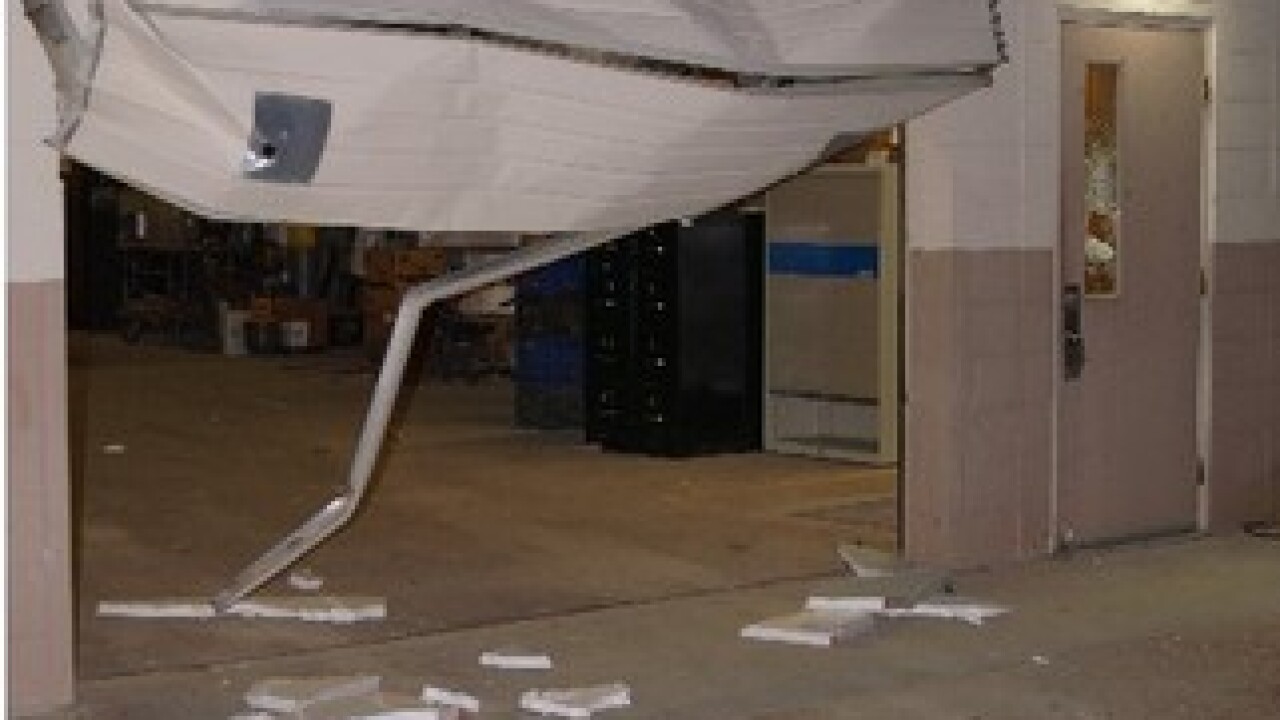 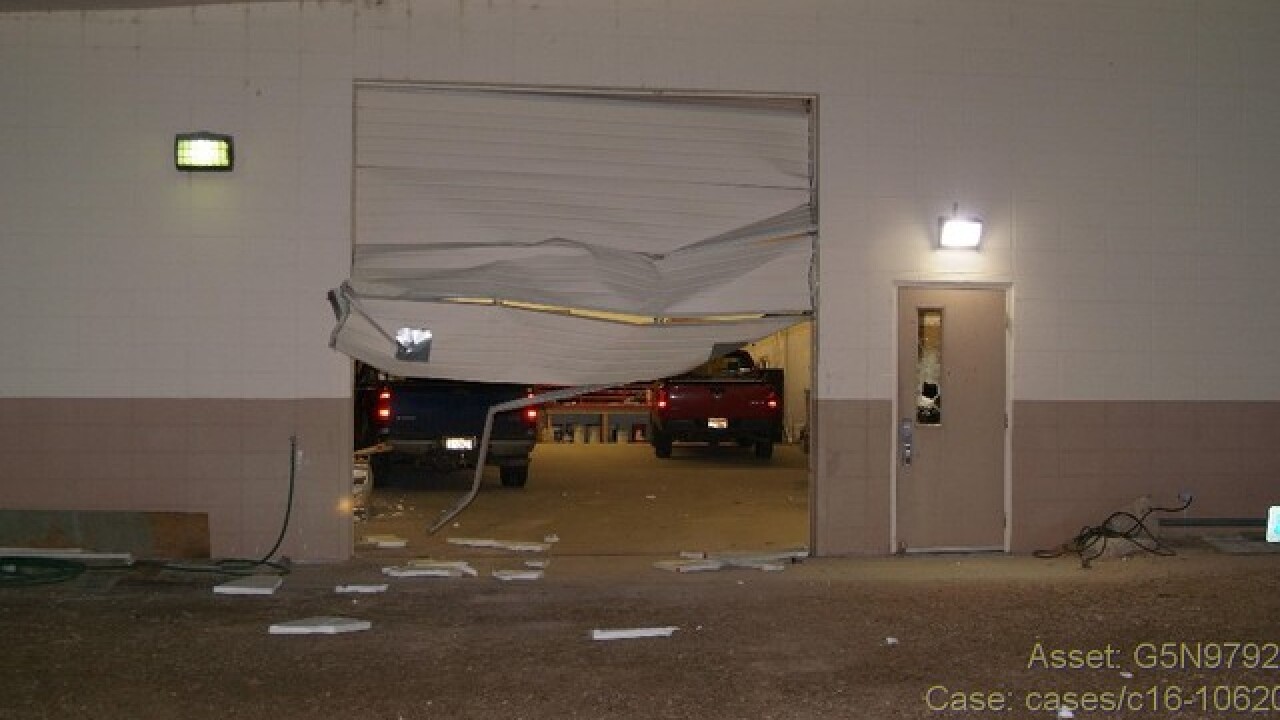 Three juveniles are in custody after police say they stole five vehicles early Monday morning and caused tens of thousands of dollars in damage.

At about 1:15 a.m. Monday, Canyon County Sheriff’s deputies responded to the area of Homedale Road and Montana Avenue in Caldwell for a report of a reckless driver.

After they arrived, the deputies found a pickup truck in a field that was registered to the Vallivue School District.  Believing the vehicle was stolen, deputies drove to Vallivue Middle School and discovered the maintenance shop had been broken into. “A garage door on the shop was badly damaged by a vehicle being driven through it.  Deputies obtained information from school officials that five vehicles and a large amount of tools had been stolen,” said Canyon County spokesman Joe Decker.

About 3:30 a.m., Sheriff’s deputies -- with help from Caldwell Police officers -- located several of the stolen vehicles driving in the area. Authorities were able to stop one of the stolen pickups and take one juvenile suspect into custody. Drivers of the other two stolen pickups fled the scene.

“A search of the area later led to the arrest of two additional juvenile suspects and the recovery of all five stolen vehicles and most of the stolen tools,” Decker stated.

Two juveniles were released back to their parents after being charged, and one juvenile is in the Southwest Idaho Juvenile Detention Center.  All three are male, ranging in age from 15 to 17, Decker said.

The names of the suspects were not released, given their ages.

“Additional information obtained by detectives has also connected the three juveniles to another incident that occurred early (Monday) morning at Birds of Prey Motorcycles in Caldwell,” Decker said. “The second incident mirrored the one at Vallivue, with the suspects using a truck to drive into and trough a shop door -- where they stole a trailer and two ATV’s. Those items were later recovered by deputies in a rural area of the county.”

The Canyon County Sheriff’s Office is working in conjunction with the Caldwell Police Department to identify any additional victims that may exist.

“The crimes caused substantial damage to public and private property (and) estimated to be in the tens of thousands of dollars,” Decker stated.

The investigation is continuing.