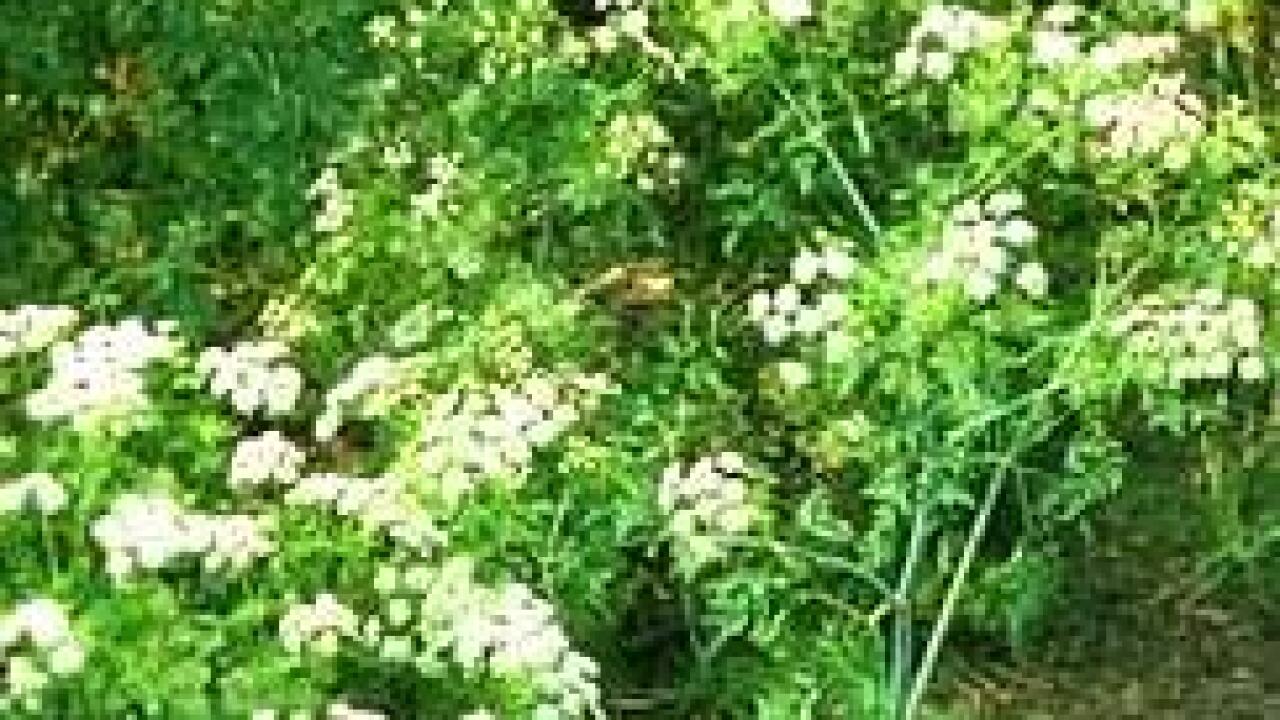 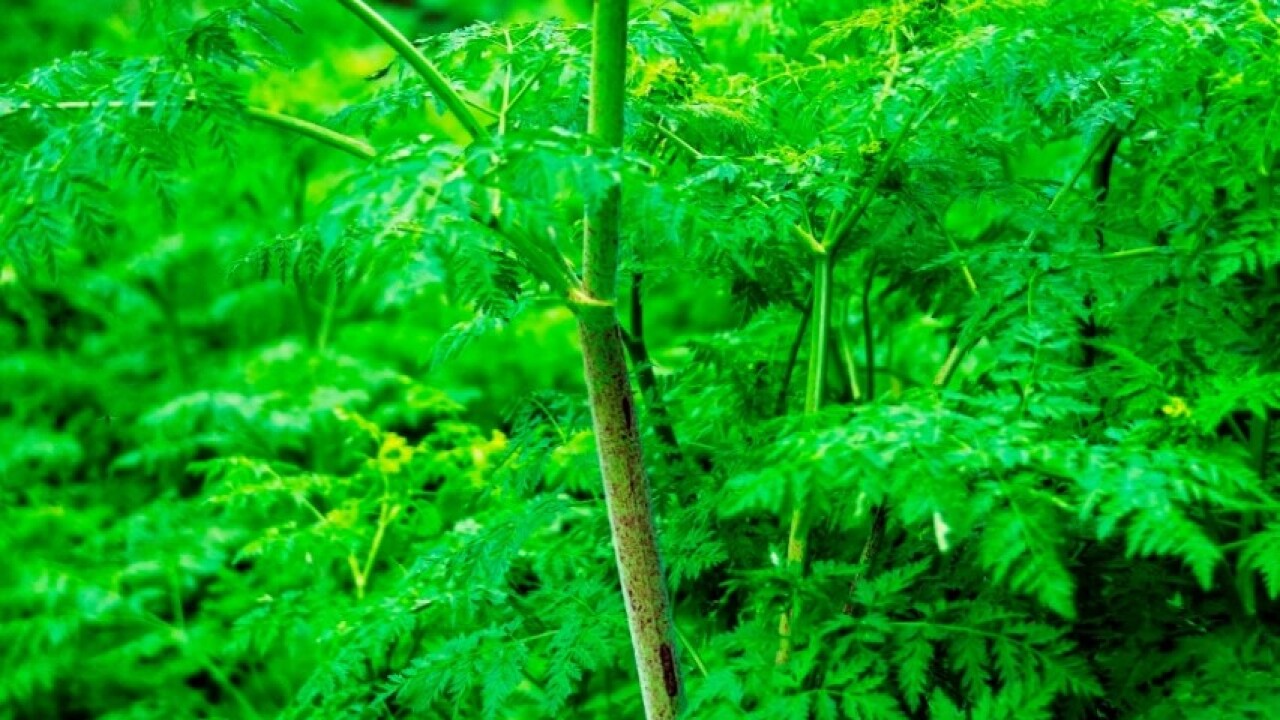 Poison Hemlock typically grows in riparian areas, stream banks, canals and ditch banks, ponds and pastures. The plant grows for two years, in the second year it flowers and then dies. The Idaho Weed Awareness Campaign has information about Poison Hemlock and what to do to control and eradicate it on their website.

“This dangerous noxious weed presents an issue of public and animal safety. Poison Hemlock has been proven to be deadly to both animals and humans. It is so toxic that horses and cows literally can die within hours after eating this poisonous plant,” said Roger Batt, statewide coordinator for the Idaho Weed Awareness Campaign.

Poison Hemlock grows 3-8 feet tall with a smooth green stem, usually spotted or streaked with red or purple spots. The leaves are finely divided and lacy, resembling a “carrot-like” leaf. The weed has flowers that are small, white, and clustered and resemble the spokes of an umbrella. The root is fleshy and white. When crushed, Poison Hemlock’s leaves and roots emit a rank, unpleasant odor often compared to that of a mouse or parsnip.

Poison Hemlock is very easy to control and eradicate with hand pulling and herbicide treatments. Because it is highly toxic, always wear rubber gloves and wear protective clothing when pulling the weed. Place the plant inside a plastic bag and dispose of it in your trash can. When using an herbicide, official say to use an approved herbicide and always follow the label and safety instructions.

Poison Hemlock, whose scientific name is Conium maculatum, is the plant from which juice was used by the ancient Greeks to kill Socrates.

“There are documented cases where people have eaten Poison Hemlock because they mistook the weed for some type of wild parsley, dill or fennel,” Batt added. “Poison Hemlock roots are also mistaken for parsnips, its leaves for parsley or fennel, and its roots and seeds for wild carrots or anise.”

Residents can also seek technical assistance to get rid of Poison Hemlock or other noxious weeds by contacting their County Weed Control Department.