Pilot rescued after plane crashes, lands on the top of a tree near McCall 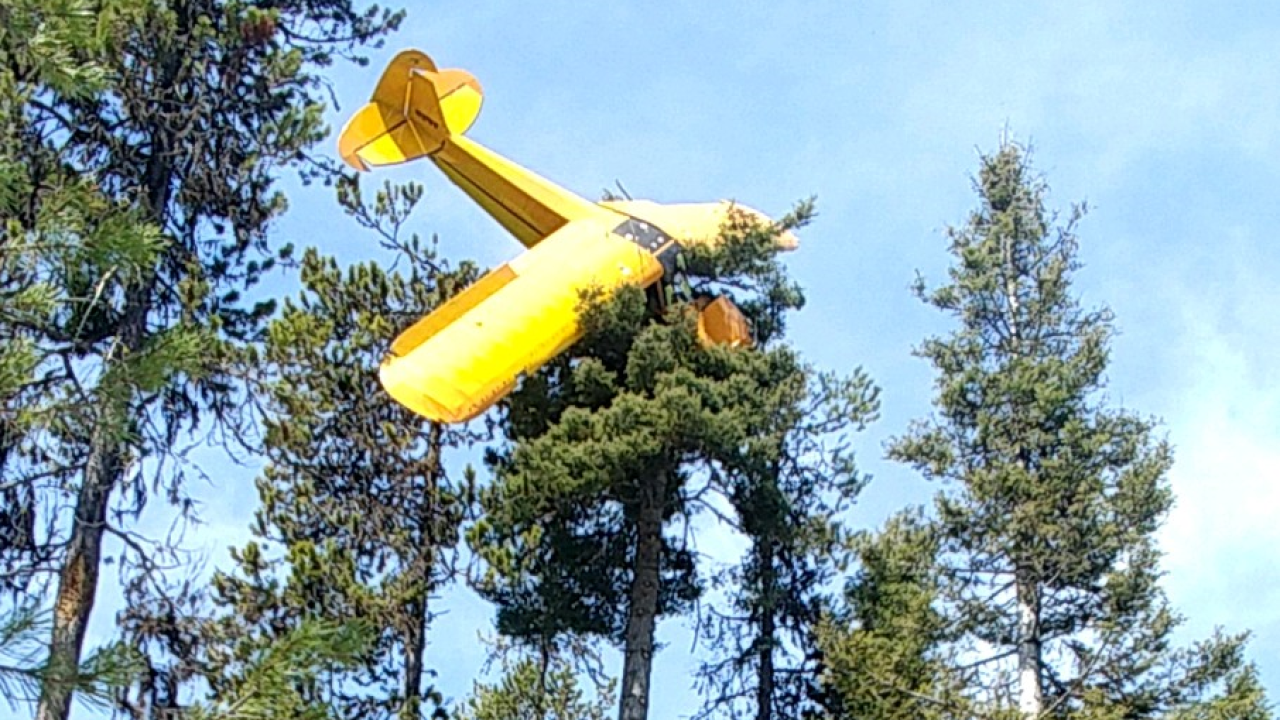 MCCALL, Idaho — A 79-year-old pilot was rescued after crashing his plane on the top of a tree near McCall.

On April 22, 2019, around 9 PM, McCall Fire & EMS responded to a report of a plane crash in Poorman Creek, a few miles out of McCall up Boulder Lake Road. The pilot, a 79-year-old male, called 911 from a cell phone and reported that his plane crashed and that it was hung up in trees. The pilot identified himself as John Gregory, 79, from McCall, ID.

McCall Firefighters arrived and found a Piper Cub PA-18 aircraft approximately 60 feet up, sitting on top of a tree. They were able to communicate with the pilot during the rescue operation, said McCall Fire and EMS.

McCall firefighter, Randy Acker, who owns and operates a hazardous tree removal company in McCall, was comfortable attempting to climb the tree. He made his way to the top, limbing the tree as he went up. Once at the top, he secured the plane with webbing to the tree top and then contacted the pilot. Acker was able to get a safety harness on the pilot, and then the pilot was belayed down the tree to safety.

According to the press release, Acker estimated the plane to be 60’ in the air. He stated that the airplane felt remarkably stable in the tree and said that it felt like another day at work, climbing and limbing a tree.