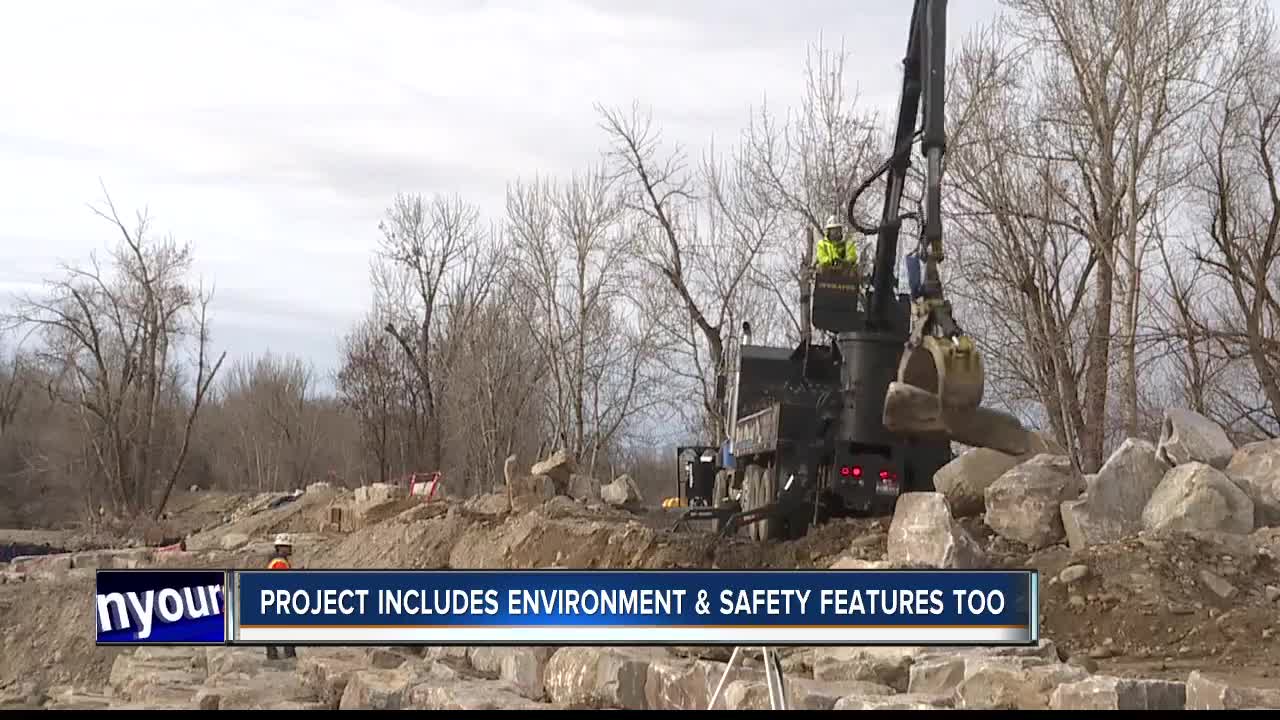 BOISE — Construction continues on phase two of the J.A. & Kathryn Alberston Family Foundation Whitewater Park, the recreation area on the Boise River will have three new wave features for kayakers and surfers to enjoy.

The two lower waves have already been finished by contractors McMillen and Jacobs Associates, both features will use rocks to create natural hydraulics to create the waves.

The top feature will be a controllable wave that crews need to finish by the end of February so the water can be rerouted back into the river for the start of the irrigation season.

"Without that agreement with the Farmer's Union Canal we wouldn't be able to get into the river and get the construction done the way we are getting it done," said Parks and Recreation Director Doug Holloway.

There are several more advantages to the construction project: Before building feature number one dangerous concrete and rebar was removed from the river, the top feature will help with flood mitigation, a fish ladder will be installed and bank restoration will also happen.

"There is a lot of environment, a lot of habitat and certainly there are safety features going into this," said Holloway. "People look at this as a recreational opportunity and in the end it is, but it has a lot of other positive uses for the community."

The park will also open up the Boise River while connecting the whitewater park with Esther Simplot Park.

For more information on the whitewater park check out the video.

Boise Parks & Rec hopes to open the park on June 30, the park costs $10 million, four million of that was donated by the J.A. and Kathryn Alberston Family Foundation, the city covered the rest.