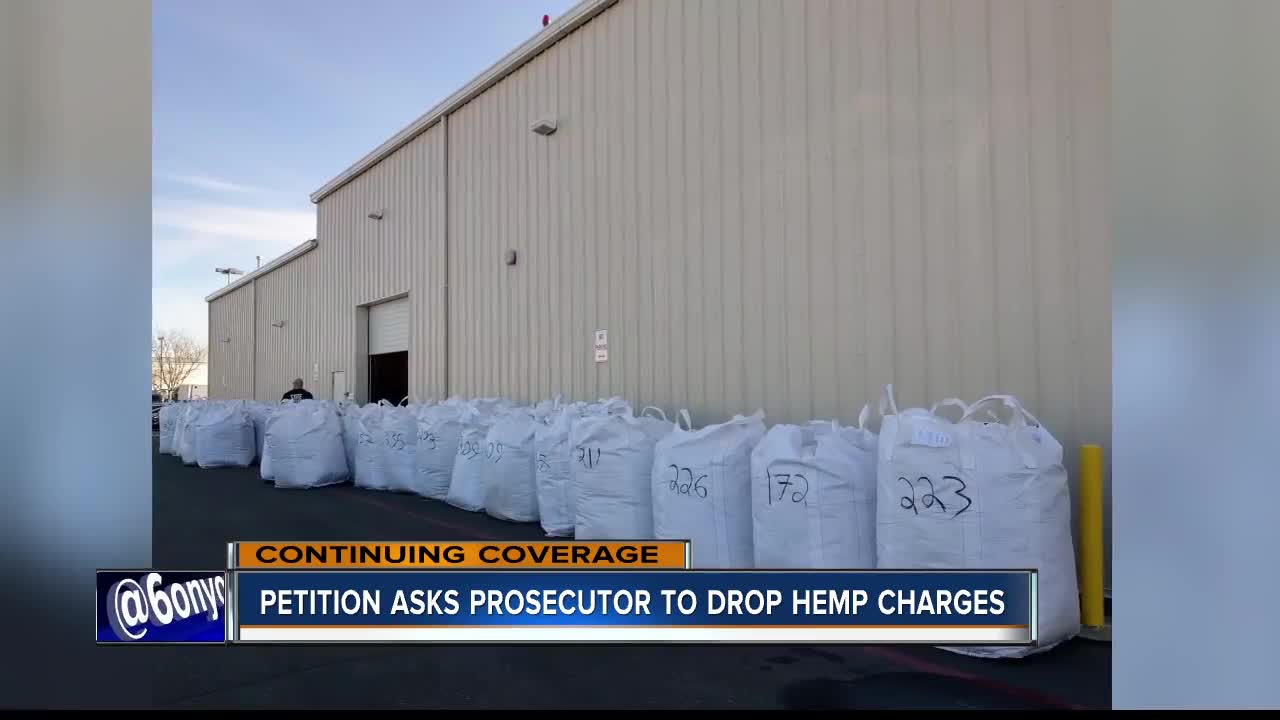 Petition asks hemp charges against truckers to be dropped

BOISE — A petition asking the Ada County Prosecutor to drop charges against truck drivers who drove industrial hemp through the state is gaining some traction. That petition now has over 6,000 signatures, all in favor of dropping those charges. That’s something that is legal at a federal level, but is illegal here in Idaho.

"He was clearly just trying to be an honest truck driver, and now, the way our law works, he's treated like El Chapo, I mean, their prosecuting this as if he were a high level drug kingpin," said Ilana Rubel, (D) Boise, she's talking about Denis Palamarchuk, who was arrested in January, and two others who were arrested in April of 2018, all for hauling hemp through the state of Idaho. But the hemp hauled by the drivers is still not legal in Idaho, even though you can't get high on it.

"Yes, they broke the letter of the law, but you can see how probably most people would've done the same thing," said Rubel.

Now, the three men face some hefty consequences, one of those being a minimum five year prison sentence, but also a felony conviction, "A felony conviction is also a serious setback in life. These are truck drivers, they may not be able to continue being truck drivers if they can't have a commercial drivers license,” said Rubel.

And now their fate lies in the hands of one person, who's about to receive a petition with more than 6,000 signatures.

"The only person that can save these truck drivers from, really having their lives ruined, is the prosecutor," said Rubel.

A hemp bill passed the House in Idaho's 2019 Legislative Session, but was later stalled in the Senate, ultimately signing no hemp related legislation into law.

"Even if the legislature doesn't act, it will probably be legal to drive it through Idaho, just under federal law, by the end of the year," said Rubel. That’s because the Farm Bill was passed in December of 2018, however, the federal government has not quite set all the rules on the Farm Bill, so the Interstate Commerce Law will likely override it, said Rubel.

But until then, Rubel said, "Stay out of Idaho...it's not a safe place for truck drivers to be right now."

That petition has a goal of 7,500 signatures, once that goal is reached, it will be handed over to the Ada County Prosecutor.