Paying rent in the time of COVID-19 — communication is key

Time is of the essence: April 1 is a week away. 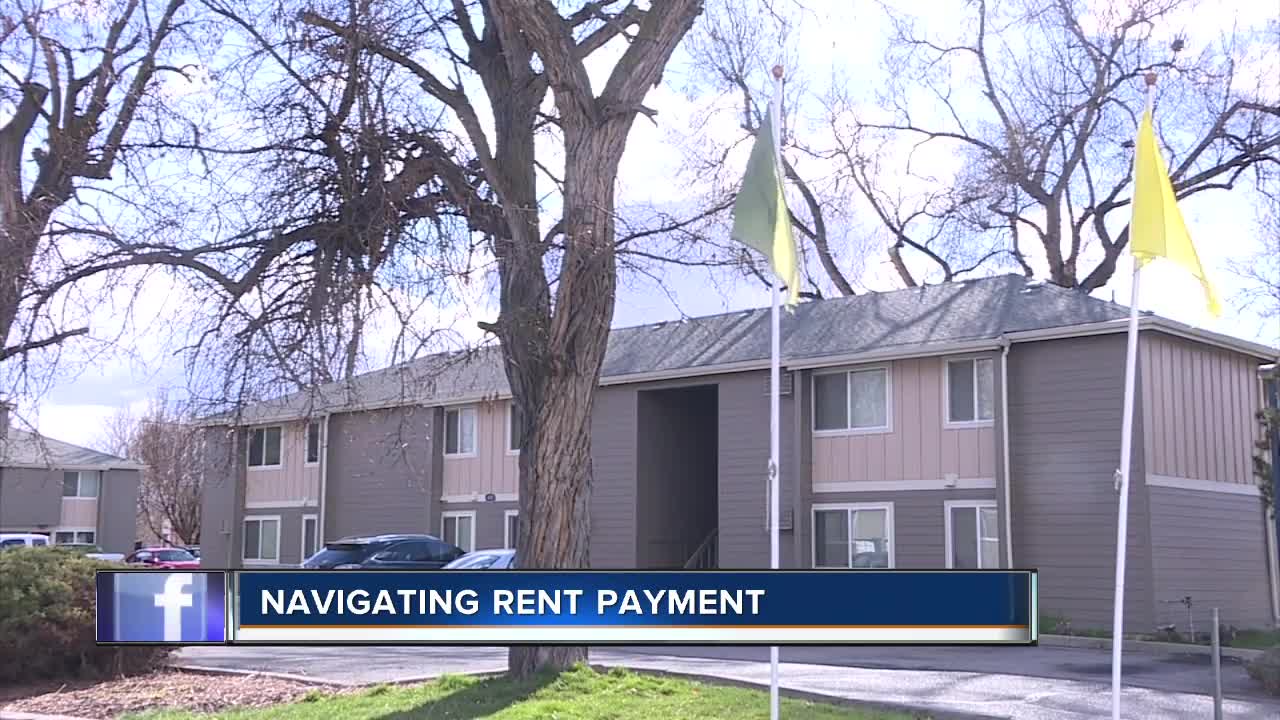 After speaking with stakeholders in various parts of Idaho’s housing market, 6 On Your Side takes a look at the risk of eviction for renters in Idaho.

BOISE, Idaho — Congressional lawmakers in Washington DC are putting the finishing touches on a $2 trillion stimulus bill that says it will give $1200 to most Americans.

But with rent due for many Idahoans in only a week, it’s still unclear when that pay-out will happen.

“There’s no property managers in the valley that are thinking, at this moment, April 1st, they better have their stimulus package!" said local property manager Cassandra Swanson, Paramount Property Management. "We know the government doesn’t roll things out that quickly.”

As such, 6 On Your Side is taking a look at the risk of eviction for renters in Idaho, after speaking with stakeholders in various parts of Idaho’s housing market. The consensus, we learned, came down to this: if you’ve been hit hard by this pandemic, and you’re worried about paying rent on April 1, communication is key.

And it's no secret a large percent of those Idahoans are renting their housing.

“There are many renters in Idaho that are hurting,” said Paul Smith, Executive Director with the Idaho Apartment Association (IAA).

So while private property managers can still legally try to evict you, and some might try...

“We have quite a few owners where their only source of income is their rental properties, and so it would mean no income for them," said Swanson.

There are big conversations being had in the landlord community. IAA, for example, is urging folks to implement a rent deferral agreement with their tenants who can prove they’ve been financially impacted by the outbreak.

“It enables them to be able to sign an agreement to pay rent later," said Smith. "Landlords will do things differently, but we anticipate some will have a repayment, and a lump sum, maybe in July... some will have tenants pay it off in three or six months, something like that."

And while none of this is enforced, he said his counsel has received positive feedback.

"Most companies have indicated to us their willingness to work with people,” said Smith.

Because, let’s be honest, sometimes landlords get a "bad rap." But if yours is anything like Swanson, they might be willing to hear you out.

“Even if there’s deferred payment or a payment plan, there’s usually something we can do," said Swanson.

She said explaining your financial situation to your landlord is vital.

“A lot of times if a tenant gets a three-day notice, they won’t call the landlord, and they just go, 'Oh, I'm being evicted,' And they don’t say anything or communicate. And it’s super important that they call," said Swanson.

A housing authority director says — yes, don’t panic — because it’s also not in the best interest of the landlord to evict you.

“If everybody who has a tenant who can't pay their rent tries to evict, it’s gonna clog out the courts, and that will extend out the time it takes and they will have expended money," said Deanna Watson, Executive Director, Boise City/Ada County Housing Authorities.

In the meantime, keep your chin up — and use that voice of yours.

As we learn more about how the stimulus package could impact Idahoans struggling with housing, we'll be sure to keep you updated.