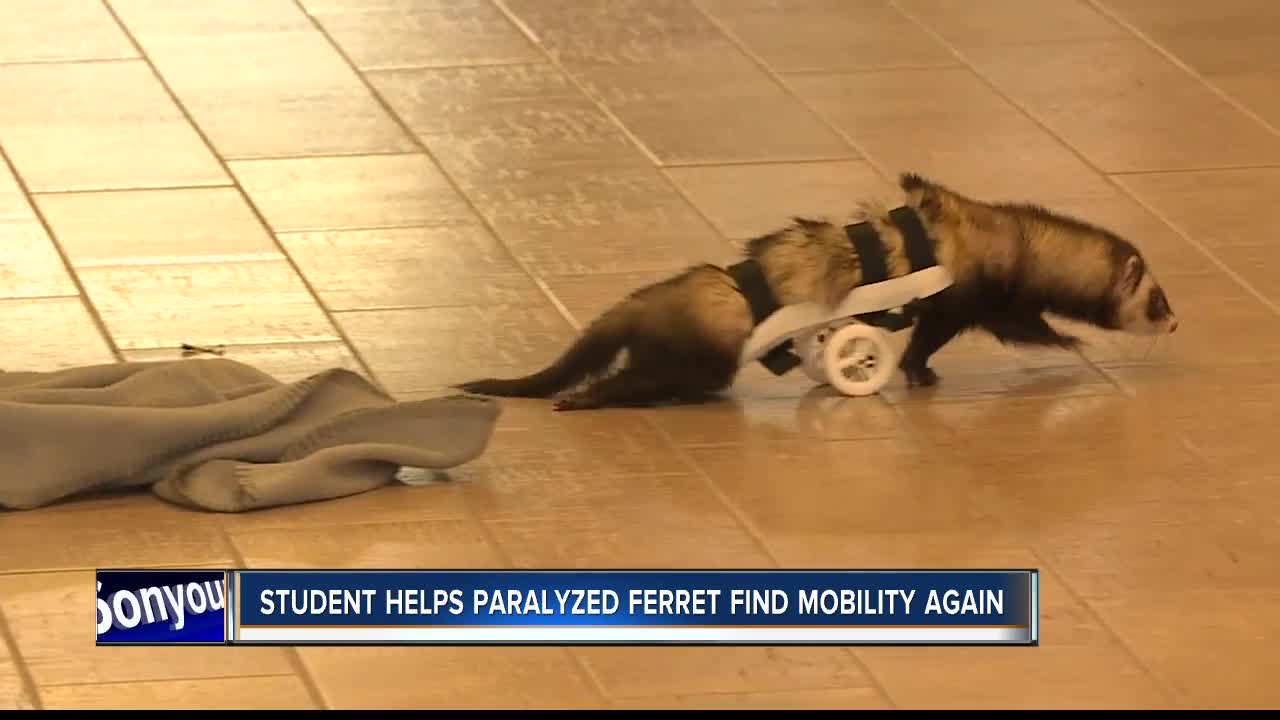 NAMPA, IDAHO — In an update to a story 6 On Your Side previously brought you, Northwest Nazarene (NNU) engineering student Ben Campbell is helping to make history with his work on a 3D-printed satellite to be deployed in space by NASA.

But that's not the limit of his capabilities. Here on Earth, a local boy's pet ferret is also reaping the benefits of Campbell's talents.

When Connor Hanover, the grandson of Hanover's professor at NNU, came home from a trip, he was devastated to find his pet ferret Smores had gotten out. He had somehow broken his back and had become paralyzed in both rear legs.

"We took him to the vet. They said that his back was broken and he was gonna be disabled," said Hanover, ferret owner.

He said Smores was not eating, and things were looking grim.

"He can only use his two front legs--two front, paws, I guess."

That's when, as a class assignment, Campbell stepped in to help.

"I got some measurements from the family--some of the specific stuff, like the girth of the ferret and everything," said Campbell. "If it's a little tight or something, I always go and sand down the parts to make sure it actually works."

By making use of 3D printing technology, some velcro straps, and a few screws, Smores was back on the go.

"He just was bolting around the house," said Hanover. "It made me feel so happy."

As 6 On Your Side previously told you about, 20-year-old Ben also engineers for aerospace with the NASA x NNU satellite he designed to be the first ever to be assembled and deployed in space. Still, he says, "This is probably the most useful and applicable thing I've done, like, solely."

And for Hanover, it's not just an impressive design by a promising engineer. To him, he got his Smores back.

"It's amazing. It means a lot to me," said Hanover.